Every single of Choi’s pieces is reduce, carved and polished by hand from a single piece of the igneous rock.

A single piece resembles a large stick of liquorice folded in half, while another seems to be like a series of alternating mountains and mushrooms, enjoying with the sense of scale.

Carole Hochman, director of the New York gallery Friedman Benda that represents the artist, described the collection as “an indoor landscape related to a Zen backyard”. 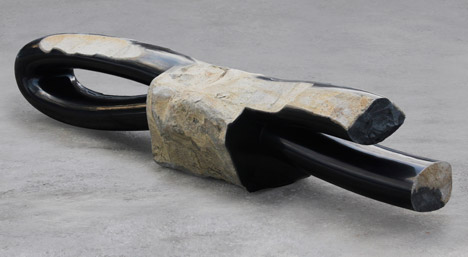 When sculpting every single design, Choi responds to the existing form of the rock – leaving some places raw whilst polishing other regions.

“His work thrives on stress, balance, humour, and the implausible wholeness of each and every operate,” said the gallery. 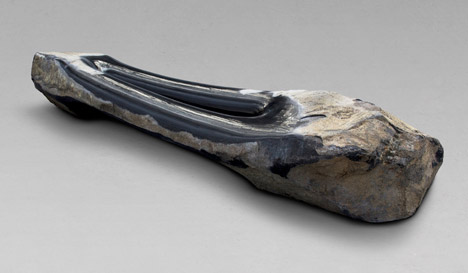 Choi’s references consist of the brushstrokes of classic ink painting, the duality of yin and yang and the ancient Dolmens of Korea.

“Conceived as minimum and based mostly on swift brushstrokes, these works are as soon as raw and refined,” the gallery mentioned. “They are graphic statements hewn from wonderful expanses of igneous rock – their kinds animated by the two their inherent materials traits and the selections and capabilities of the artist.”

Even though the operates seem to be purely sculptural, they also perform as outdoor benches. One particular was also recently used as an indoor coffee table by interior designer Juan Montoya at a show home in Kip’s Bay, Manhattan. 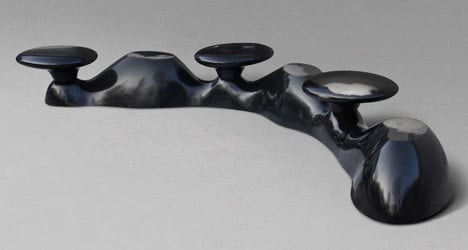 Friedman Benda is presenting the series at this year’s Design and style Miami/Basel design-art honest as component of a solo installation. It is Choi’s debut look at the honest.

“The intention is to inspire site visitors to consider a moment to pause, engage and reflect inside the environment,” Hochman advised Dezeen. “We hope that visitors will be inspired by the sheer scale and composition of these awe-inspiring functions.”

Choi’s benches will be at Friedman Benda’s booth at Design Miami/Basel from 17 to 22 June 2015.

His perform also features in collections during South Korea, including the National Museum of Contemporary Artwork and the Korean Culture and Art Foundation, and in the everlasting collections of the Vitra Layout Museum and the Metropolitan Museum of Art.

Photography is by Byung Hoon Choi and Friedman Benda.