The Ci-Lines – pronounced “see-lines” – set up was developed by tying and wrapping blue paracord all around carved wooden posts and architectural columns inside the church. 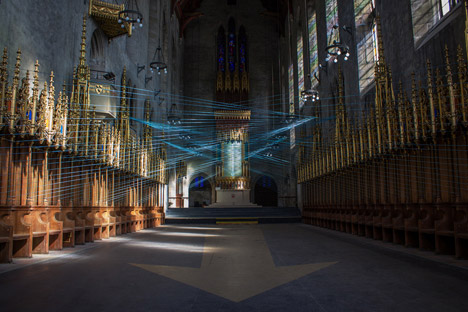 Resulting lines across the area adhere to the paths of normal light getting into by means of the windows of the 1924 Gothic Revival-design church, found on the corner of South 42nd Street and Spruce Street in West Philadelphia.

The installation intended to draw attention to the chapel’s architecture and engage the local local community with the forgotten landmark, which has been closed and without heating, electrical energy or plumbing for far more than twenty many years. 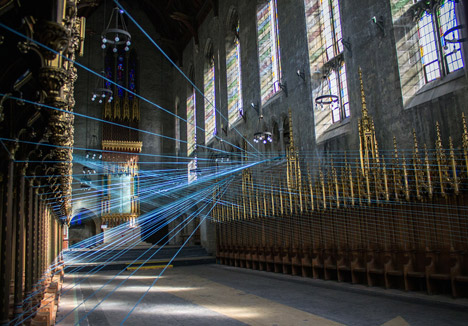 “I needed to showcase St Andrew’s personal present architectural grandeur,” stated Asis. “By using cords to highlight bands of natural light and by creating type amidst the interstitial, I invited site visitors into a kind of visual portal by means of which they could enjoy the detailed grace of this vacant chapel.”

The use of tensioned cord was inspired by components of the building’s architecture and fittings, including the vertical lines in the stonework, and seats that had been designed to draw the eye up to the painted ceiling. 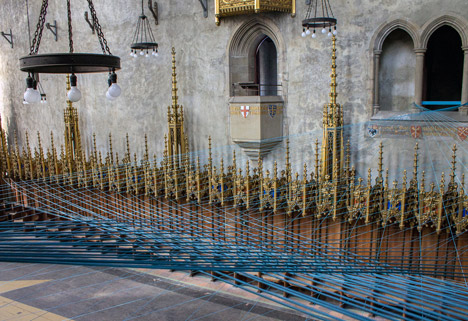 Asis told Dezeen that the act of connecting present factors in space to each other “serves as a compliment to the majesty of the chapel’s interior and signify a kind that was inherently understated and often there”.

Blue was chosen in response to the subtle use of the colour as an accent inside of the present interior. “Both the materials and colour selections had been extremely deliberately picked to reinforce the principal objective of Ci-Lines, which was to entice guests to the chapel and to encourage their very own interaction with the interior,” he stated. 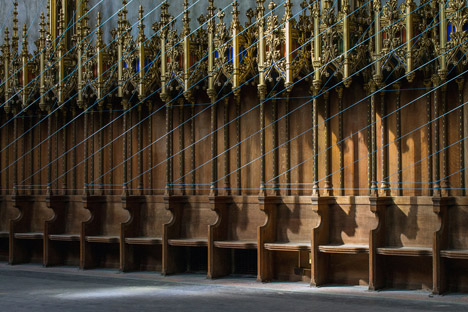 Visitors had been able to see Ci-Lines and explore St Andrew’s over three days in between 28 February and 14 March 2015.

The event culminated in a panel discussion on the final day, in the course of which speakers had been invited to share stories about the chapel’s energetic lifestyle. 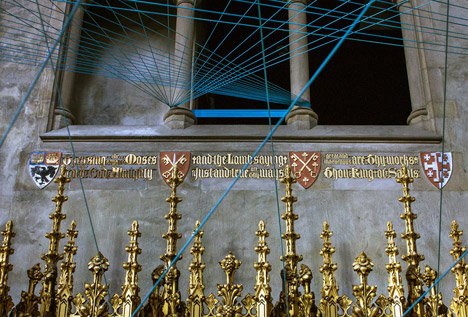 The set up was produced in collaboration with the University City Arts League and college students from Penn Alexander College, with assistance from Philadelphia photographer Lori Waselchuk. 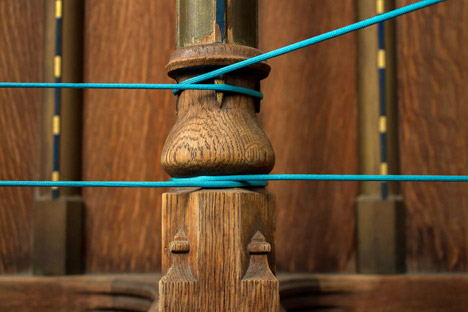 A variety of artists and designers have utilized cord or string to generate patterns, paths or coverings in their installations. At a monastery in France, Atelier Yokyok stretched thin blue strings amongst arch-shaped frames to create tunnels across the cloister garden.

Elsewhere in country, Pier Fabre suspended red lines from the leading of a waterfall and above the pool in front.

What Do You Think About The Blue Wall?

The City Of The Future "will Be Both Physical And Digital"