College students at the Bartlett College of Architecture have produced a composite materials utilizing felt and resin that can be stitched together to create tubular furnishings. 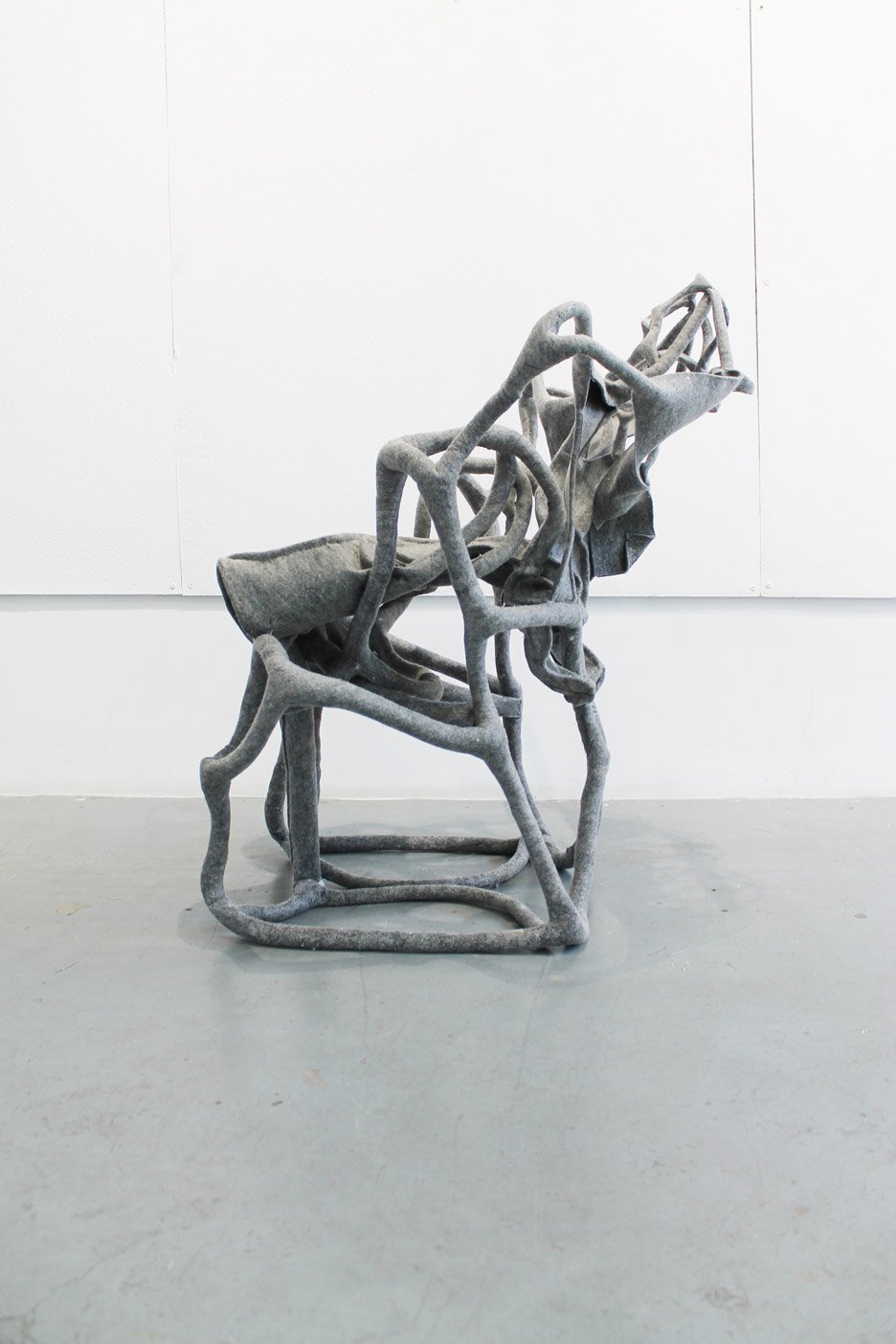 The undertaking, named Fabrick, involved calculating the precise ratio of resin mixtures that can be additional to felt without weighing the fabric down.

Soon after the materials is stitched and shaped the resin hardens and sets to create a self-supporting object. Diverse composites can be designed in a single piece of materials, producing varying levels of rigidity. 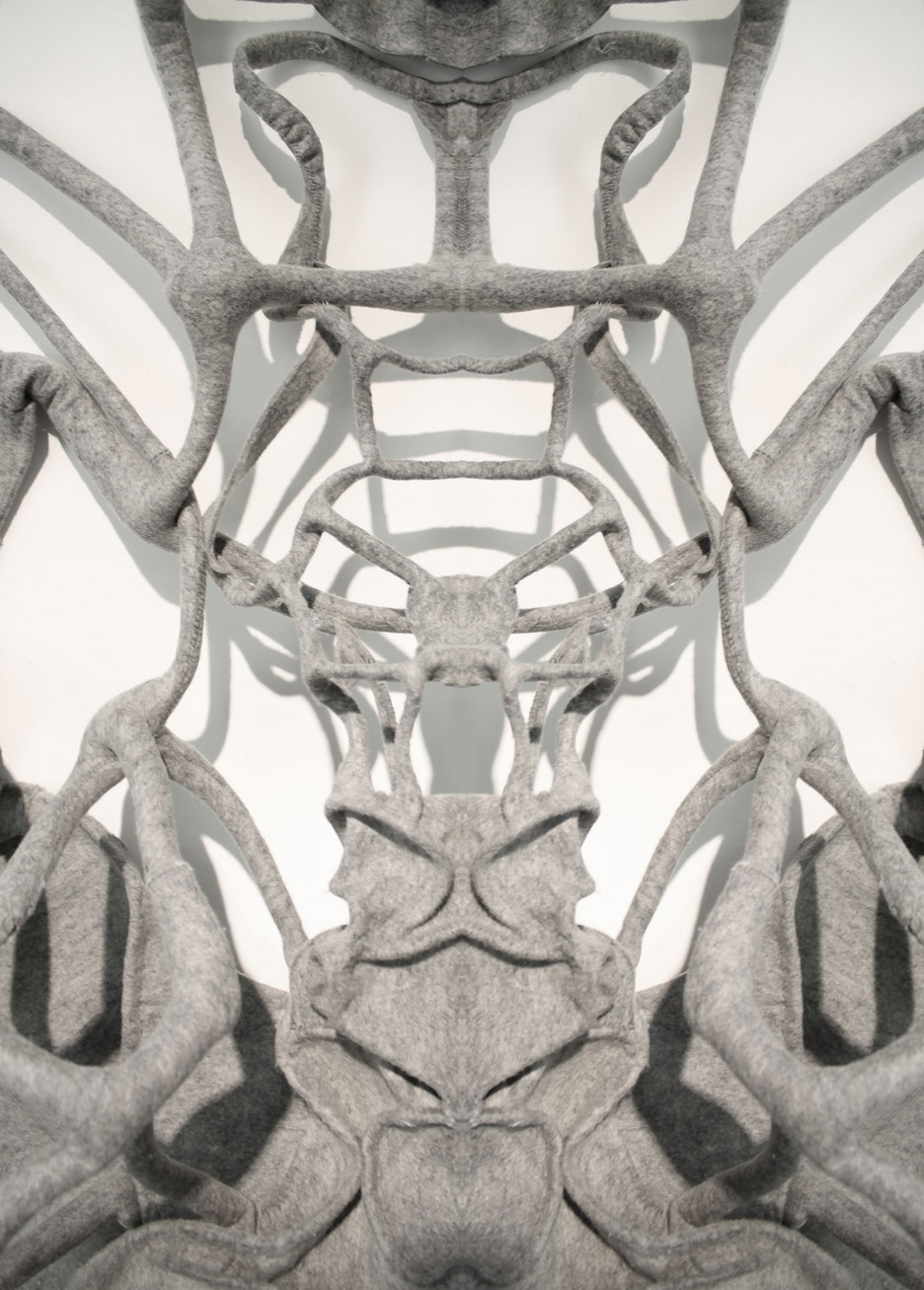 The form of every single piece of furniture is created by cutting out sections from a flat piece of the material using a laser cutter. The material is then moulded into pipe-like structures that help the weight of the object as the resin sets.

“This specific technique of generating tubes and seams provides fabric the first structure to hold its form by itself,” said Somdatta Majumdar, who produced the materials alongside students I-Ting Tsai, Xixi Zheng and Yiri Yun. 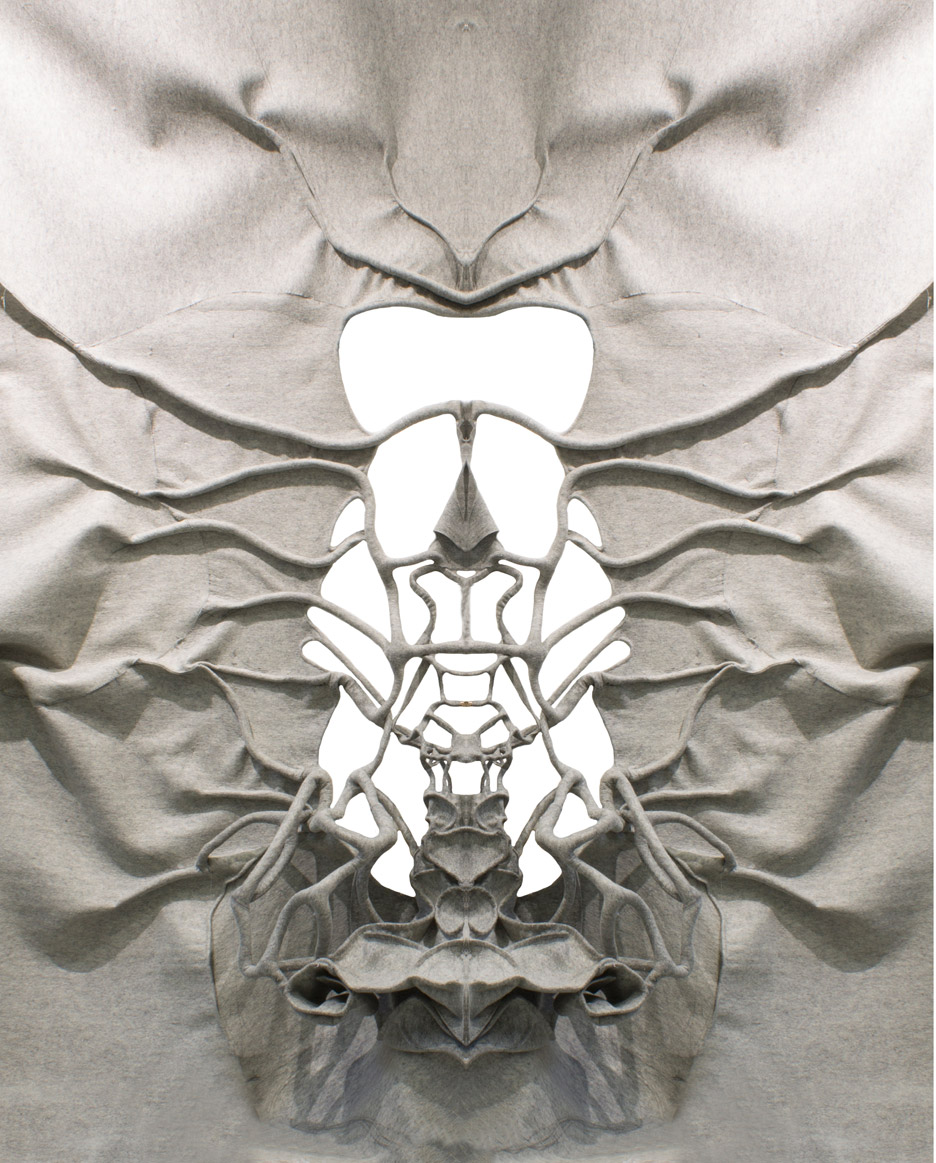 1 of the chairs manufactured by the students is constructed from tubular sections that resemble a bundle of tangled roots. 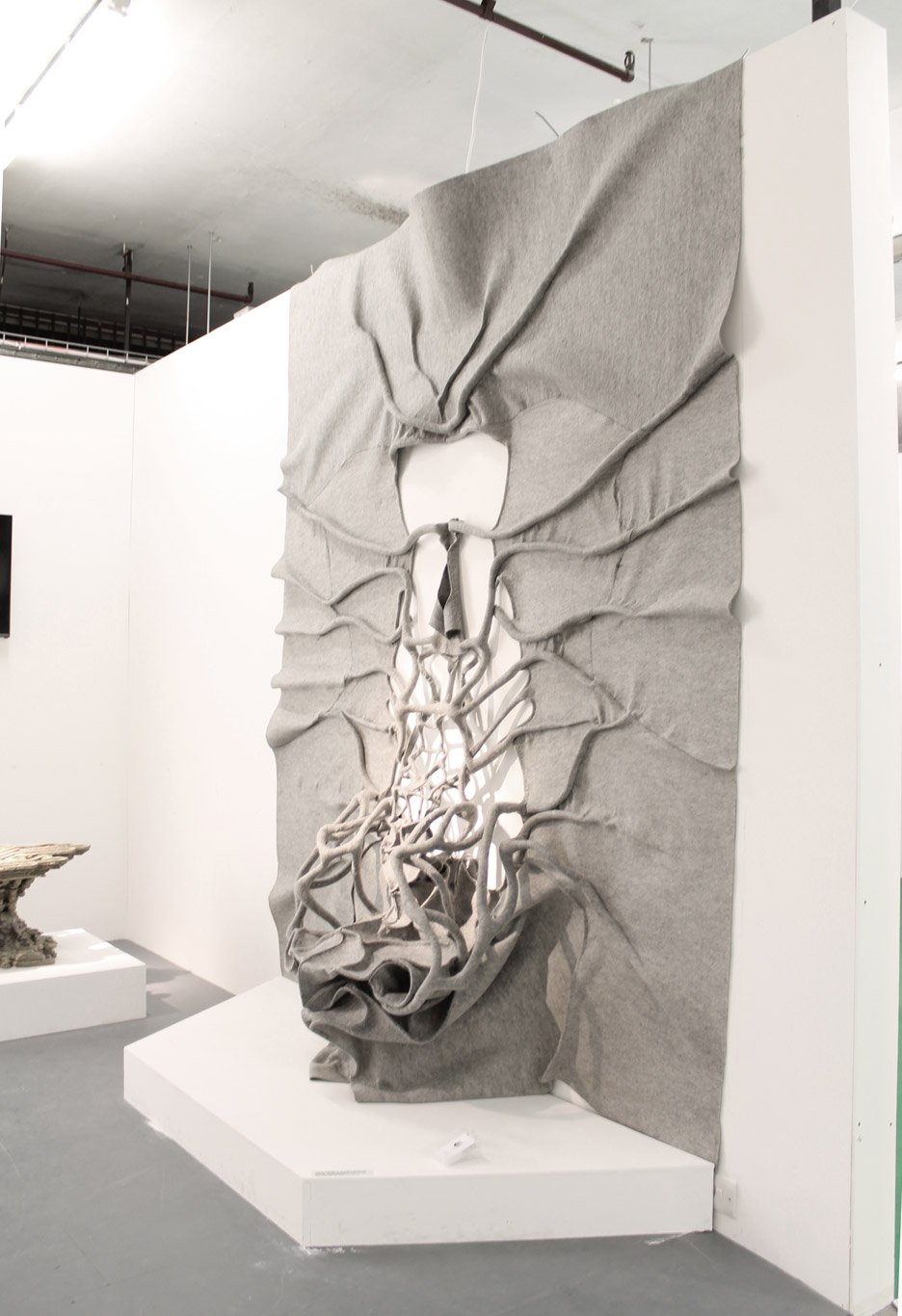 “The chair design is created by the very same method of machine cutting the felt and letting the fabric stand on its personal following which the composite is hardened,” said Majumdar. “The fabric itself gets to be the legs, seat and backrest, becoming the sole material used in design and style.”

“A digital strategy was designed displaying the stitching of the fabric on a personal computer,” the designer added. “With some of those digital style experiments as inspiration, the kind of the chair was developed.” 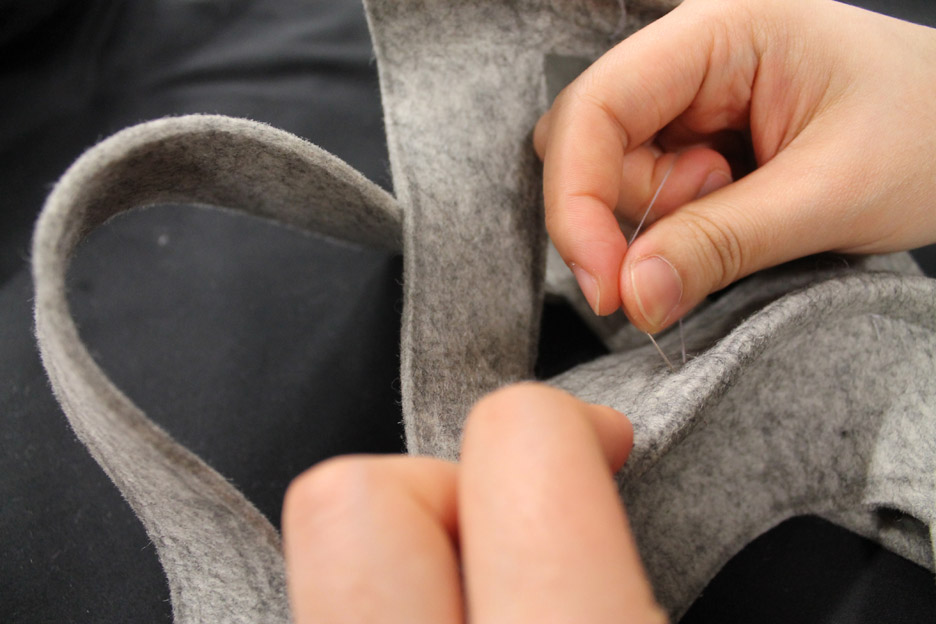 Another chair seems to be increasing out of a massive flat panel of materials, which can be rested flat against a wall.

In accordance to Majumdar the material is “challenging as stone” in some elements of the chair, and soft in others. 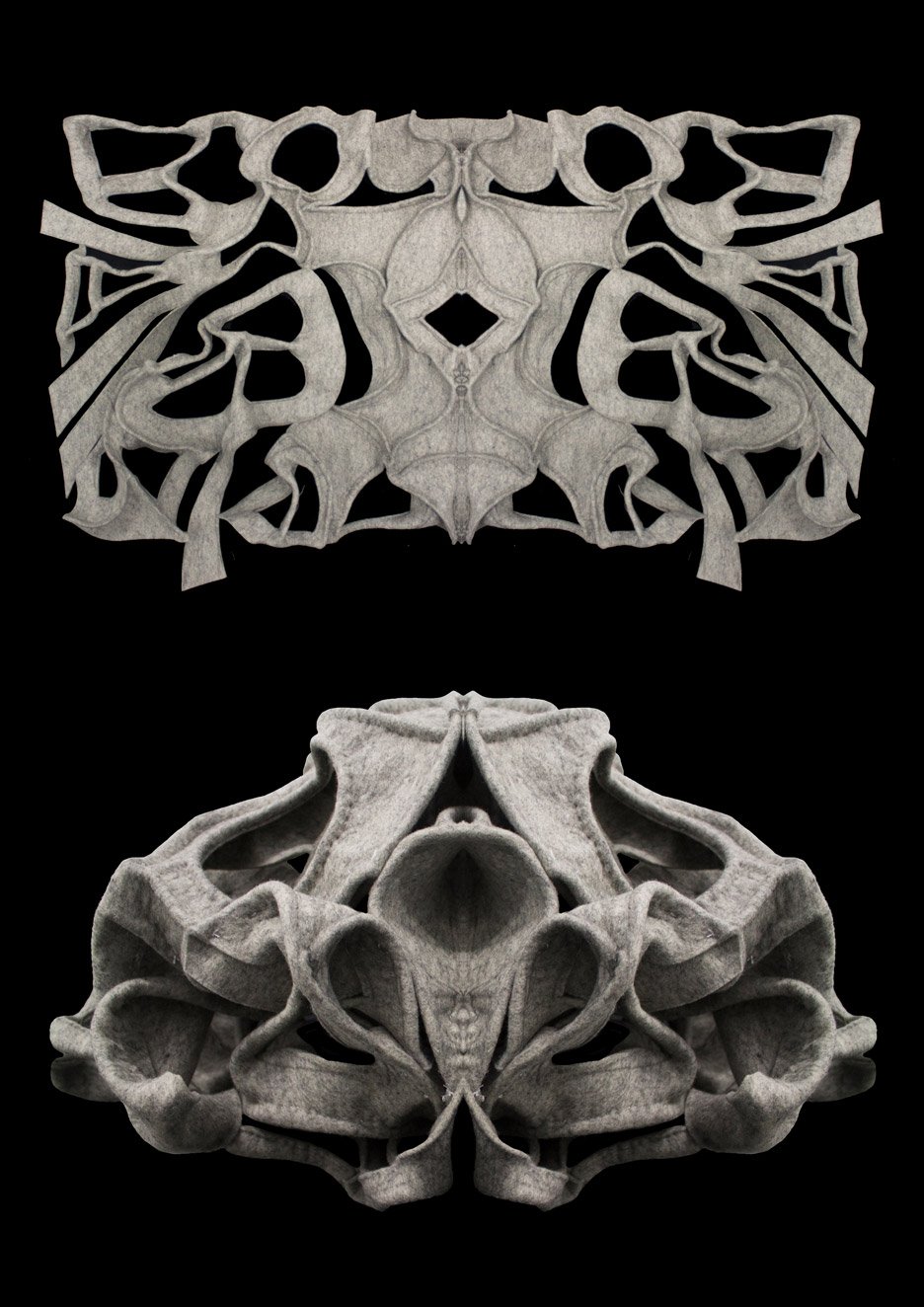 Felt is going through a resurgence in reputation between designers. Earlier this year German designer Jule Waibel utilised felt for a collection of steam-folded pinecone-shaped stools. Reed Krakoff also turned panels of grey felt into a collection of furnishings for Established &amp Sons’ exhibition in Milan for the duration of the city’s design week in 2014.

The Fabrick venture was exhibited at the Bartlett College of Architecture’s 2015 B-Professional demonstrate in London, which ran from 29 September to 10 October.