Diamond-patterned brickwork helps this trio of substantial-rise apartment blocks in east London blend in with the historic 19th-century church that it surrounds . 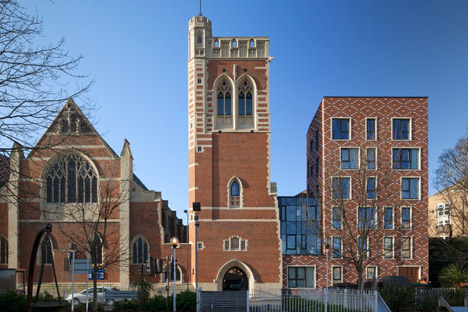 Local studio Matthew Lloyd Architects designed the buildings to host 27 new flats, a shop and a community hall for the St Mary of Eton Church, a heritage-listed Anglican church close to the Olympic Park in Hackney Wick, east London. 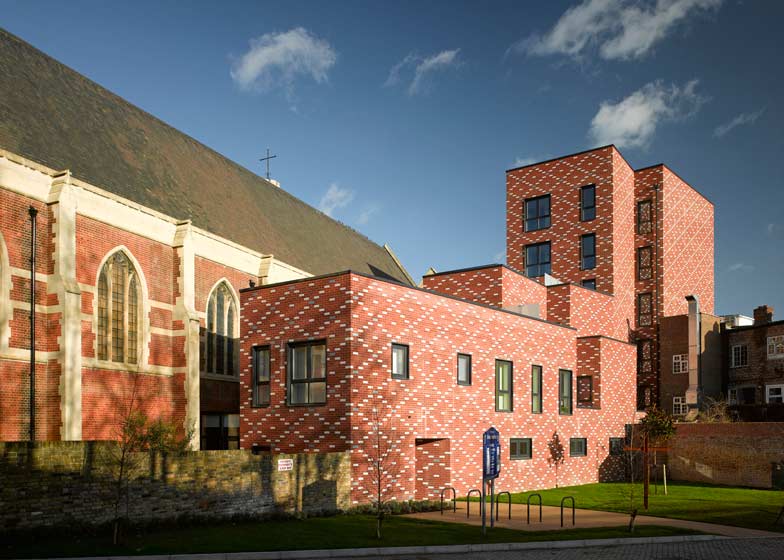 The red brick church and its ancillary buildings were constructed more than a period of 30 years at the end of the 19th century. To aid the new blocks harmonise with the previous, an earthy-red brick skin was chosen. 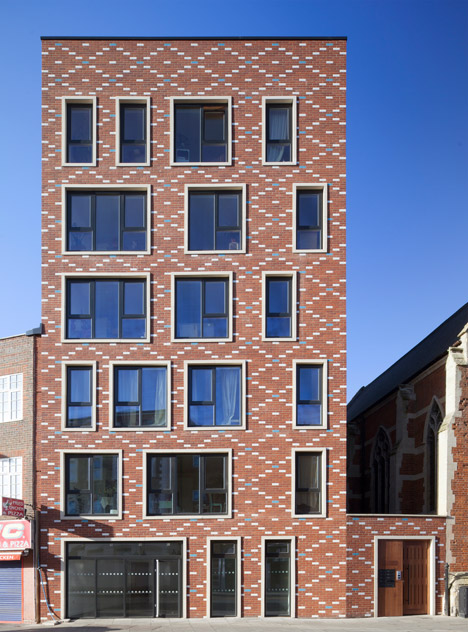 “Each of the new buildings responds to its distinct context and use, but every single is given a frequent exterior therapy,” explained the architects. “The diaper-patterned brickwork skin is taken care of as a wrapping utilized regularly across the entire scheme to restore the sense of a coherent total.”

“The crispness of these glazed bricks sits in counterpoint to the softer reds and tends to make the pattern dance and shine as the sun moves across it on the corners of the buildings, the subtle diamond pattern folds around like cloth,” they extra. 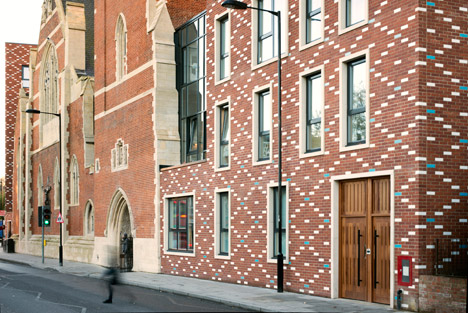 Older structures, described the architects as substandard, had been cleared from the website to give room for the three new buildings.

The complex’s Mission Hall was also restored and converted to host 10 apartments, whilst the historic church tower now contains a single five-storey dwelling. Community amenities and more apartments are set inside the new buildings that surround the church. 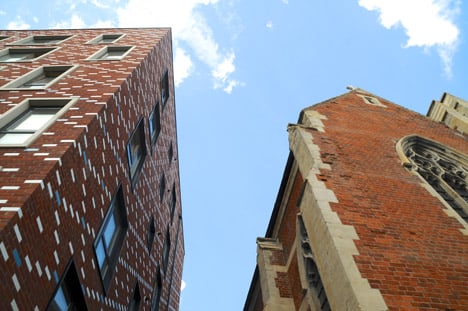 “The profile of the church is framed and strengthened by the two new apartment buildings,” explained the architects. “The new interventions make a robust urban statement improving the street setting of the listed church.”

The undertaking also included the restoration of the church. Timber slats were used to line the walls, concealing doors that lead onto a cloistered walkway linking the building with a pair of courtyards. 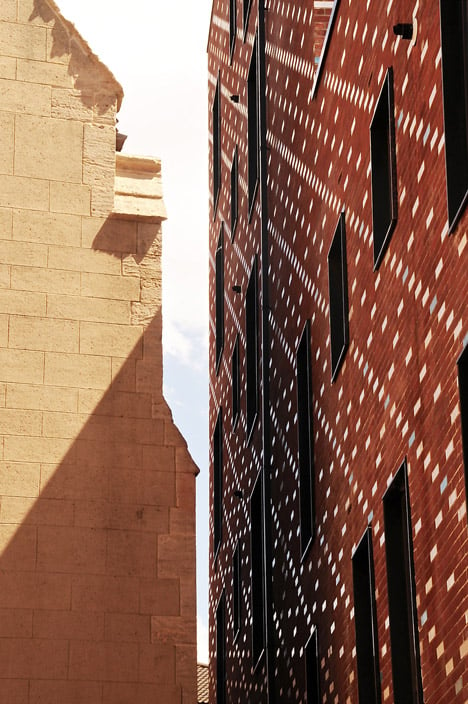 The greater of the two courtyards is set back from the street and offers side access to the church, flats and a cafe, which characteristics folding glazed doors.

The second courtyard sits on the other side of the church and backlinks the new church hall and even more apartments with a little chapel. 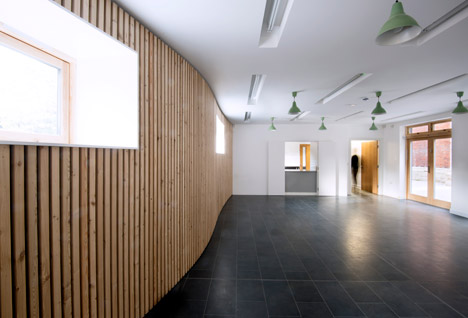 “The scheme increases the historic church building’s visibility and entry, with more routes, more entrances, and far better use of outdoor spaces,” explained the architects.

Earnings created from the lease of the flats will fund the function of St Mary of Eton Church, which was created for the Eton School Mission to minister to impoverished communities in east London. “The quick was to build a scheme that would enable the church to react to local community need by funding restoration and renewal, by means of the provision of housing,” explained the architects.

“The vibrant mix of landscaping, new dwellings, and modern day neighborhood assets will act as a catalyst for the regeneration of the whole location.” The St Mary of Eton Church, Apartments and Neighborhood Rooms was 1 of 37 winners of the RIBA Awards 2015, announced in June. Other winners included a shoe-polish factory converted into offices and a sculptural swimming pool.