Bartlett College of Architecture graduate Kacper Chmielewski has produced a new design of architecture exclusively for atheists, like a shrine to the oak tree . 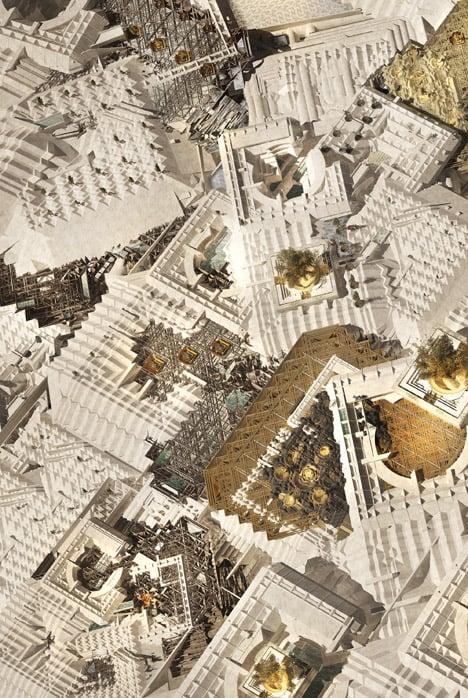 Creating on the philosophies of Alain de Botton, who in 2012 advocated Atheist temples for London, Chmielewski proposes a series of structures meant to inspire awe without having any references to religion. He calls the project Atheistic Architecture. 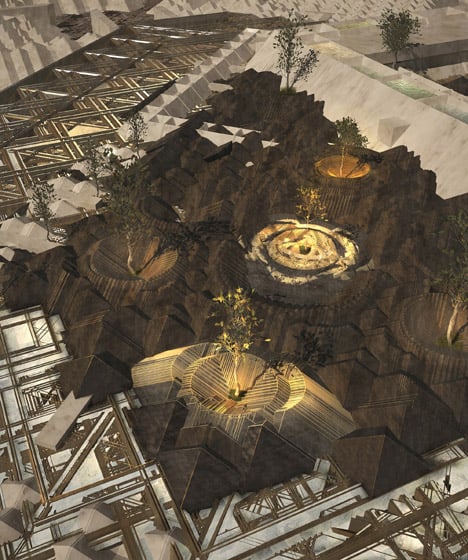 The designer claims that by 2040, much less than 1 per cent of Britain’s population will be a member of the Anglican Church. But there are still fifty five churches in the City of London, which he believes have turn into wasted spaces – so he desires to replace them. 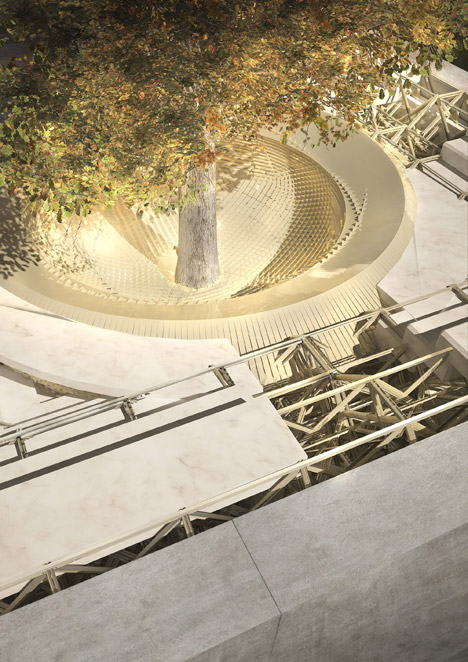 “The institution of church has turn into a monument to the past, each in terms of the local community and its architecture,” Chmielewski explained.

“These gorgeous temples are decreasingly utilized for spiritual reasons and are much more frequently getting converted into commercial coffee shops – a saddening waste of their possible.” 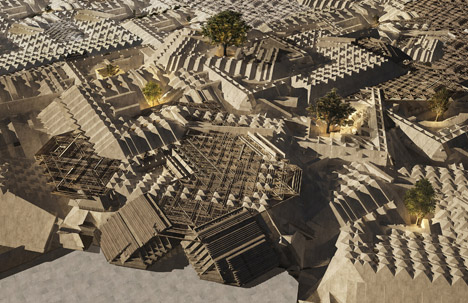 “In Religion for Atheists, Alain de Botton writes about the need for a new typology for atheistic temples,” the designer told Dezeen. “He completely describes a sense of nostalgia that I feel for religious architecture.”

“This project is a response accommodating each the discourse among nostalgia for ecclesiastical attractiveness and the rejection of fallen religious doctrine.” 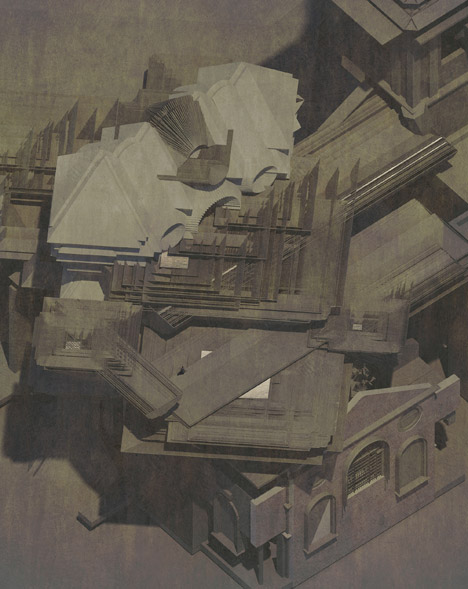 Chmielewski’s proposal centres close to St Mary-Le-Bow, the historic church on Cheapside designed by Christopher Wren to change a predecessor destroyed in the Fantastic Fire of 1666.

He proposes converting the creating into what he describes as “an ever-evolving open cathedral” celebrating the existence cycle of the oak tree. The aim is to generate a building that incites awe through an awareness of the scale of nature and the universe.

“In today’s globe, society deprives atheists of places in which they can submerse themselves in a moment of solitude, really feel a component of something higher, or maybe connect with nature and the universe,” explained Chmielewski. 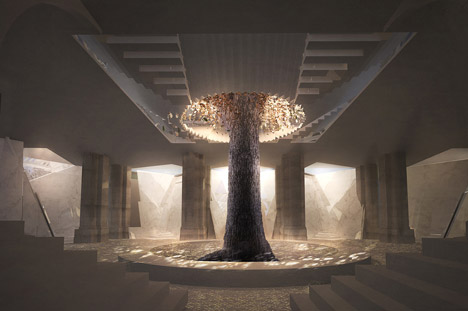 The structure would attribute a facade created up of 39,999 sheets of marble with gold trims – referencing the many generations of humanity – as well as a roof terrace for quiet contemplation, and a celebration hall for occasions.

It would also house the headquarters and library for the British Humanist Association, a non-revenue organisation that operates on behalf of non-religious people. 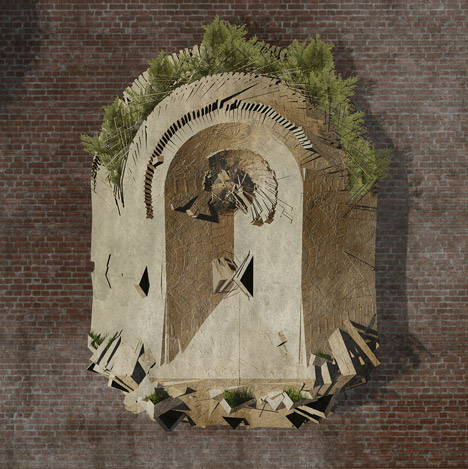 Chmielewski’s designs, laid out in a series of intricate drawings, intentionally draw on factors of Cubist architecture. Imagined on a city scale, he describes the new typology as “waging war with the prior technique of values”. 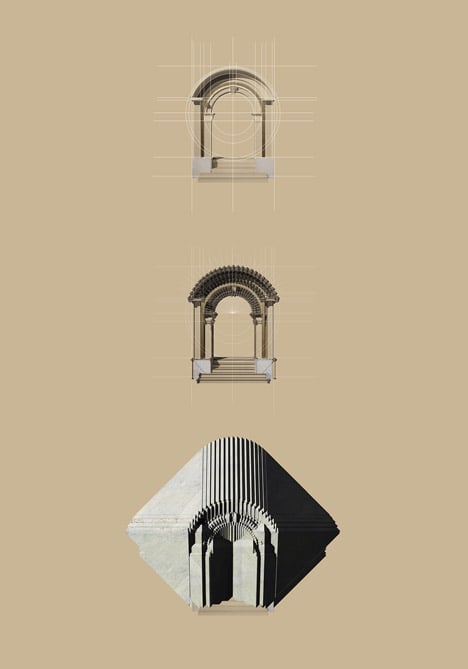 “Atheistic architecture opposes religious hierarchy between a deity and its creations. It replaces it with scientific detailing, mimicking nature’s amazing spread in infinite detail,” he added. 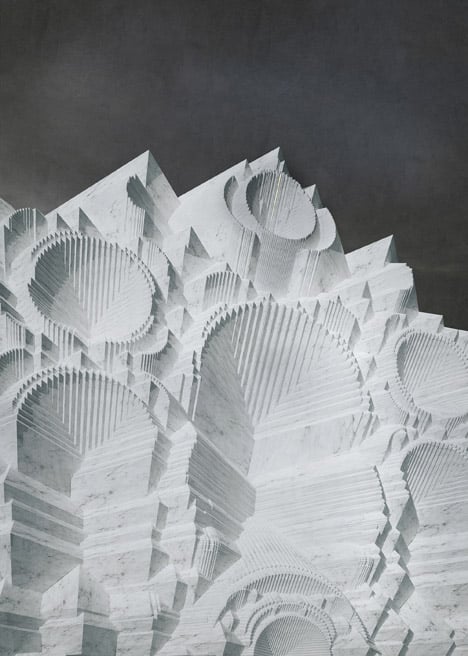 Atheistic Architecture was finished as component of the master programme at the Bartlett School of Architecture in London. Chmielewski was part of Unit 12, which is led by tutors Jonathan Hill, Elizabeth Dow, Matthew Butcher, and which this year focussed on monuments and ruins within the city.

The project is on show as element of the Bartlett Summer Present 2015, which runs right up until 11 July. 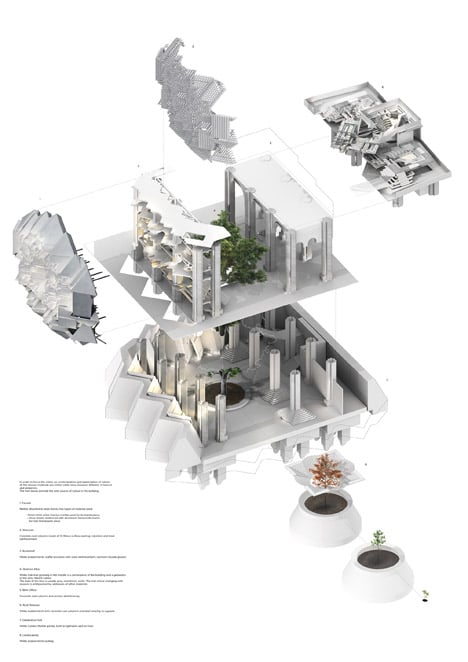