A New York-based mostly nonprofit organisation has commissioned Selldorf Architects to layout an elementary college for a remote village in southern Zambia.

The Mwabwnido School is being funded by 14+ Foundation, a charity that aims to build and operate schools and orphanages in rural African communities.

Slated to break ground in 2016, the facility will be constructed by local staff in Mwabindo Village, positioned in the reduced portion of the landlocked country in southern Africa. Completion is anticipated for 2018.

“It has been a catalysing knowledge for the office to be in a position to give back through layout on a venture that has the likely for such a transformative effect on young children,” explained architect Annabelle Selldorf. 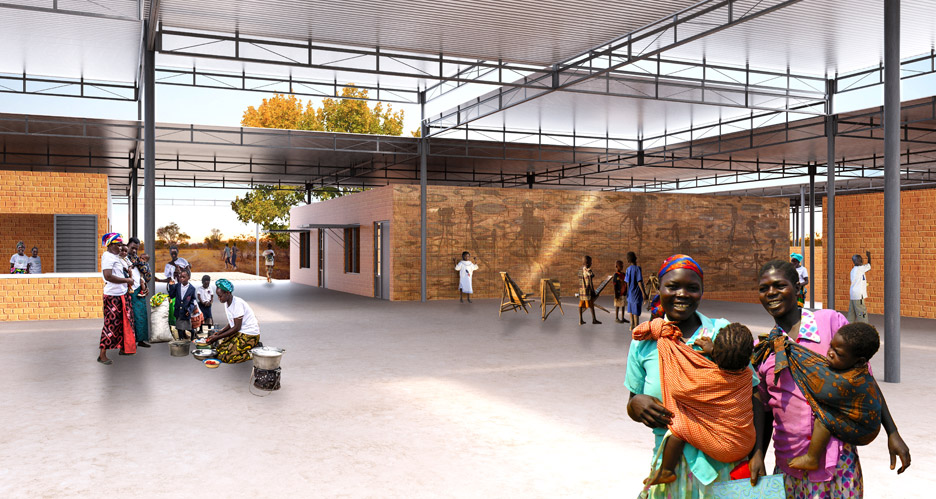 The college will total around 36,000 square feet (3,350 square metres) and will accommodate 175 students. The design takes its cue from tall, shade-delivering trees in the surrounding savanna.

A series of single-storey buildings will be organized around a central courtyard and internal “street”.  An assembly area will mark the entrance and serve as the two a cafeteria and a local community meeting space.

The buildings will be manufactured of locally fired mud bricks and will be topped by corrugated metal roofs.

“The corrugated roof, designed with an aspirational scale to reflect the guarantee of the college students, is articulated by an undulating pattern inspired by neighborhood basket-weaving methods,” said the company.

The undertaking also calls for housing for eight teachers, a vegetable backyard and taking part in fields. Rainwater will be collected for use in the gardens, and solar panels will assist energy the facility.

A mural will be designed on-internet site by the African-American artist Rashid Johnson and the school’s pupils. 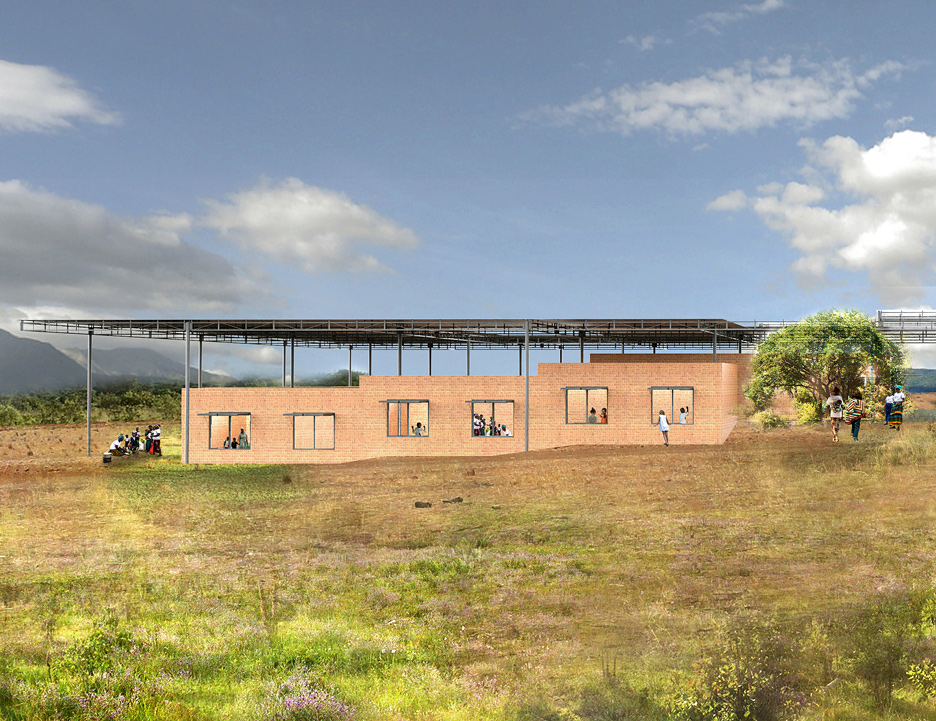 “The Mwabwnido School will give an inspired area for learning, promote sustainable resource use, and act as an economic engine in southern Zambia,” mentioned the 14+ Basis.

A recent fundraising event in New York generated much more than \$700,000 (£462,000) for the organisation, with the funds earmarked for the Mwabwindo task and an additional Zambian college run by the organisation: the Chipakata Children’s Academy, which opened in January 2015.

A group of New York architects offered professional bono layout solutions for the Chipakata school, which offers cost-free tuition, books and uniforms to its 180 college students. Prior to the academy’s opening, students walked much more than 9 miles (14 kilometres) per day to the nearest school.

14+ Foundation is a New York-primarily based nonprofit established in 2012 by Joseph Mizzi, president of the development firm Sciame, and Nchimunya Wulf, a stylist and philanthropist.

Several architects based in created countries are turning their focus to the African continent. Not too long ago unveiled proposals contain a children’s cancer treatment method centre by David Adjaye and housing for medical staff by Sharon Davis, each in Rwanda, and a housing prototype for South African slums by Urban-Believe Tank.

The exhibition Africa: Architecture, Culture and Identity, is at the moment on see at the Louisiana Museum in Denmark and offers an substantial survey of architecture and design in sub-Saharan Africa.