German sports activities brand Adidas has unveiled the 1st picture of its lace-free of charge football boots, which are due to be released in 2016.

The design replaces the usual eyelets and shoelaces located on standard boots with a constant upper created from Adidas’ versatile Primeknit materials and a sock-like ribbed ankle area.

Pupil Ammo Liao also did away with laces for his recyclable Bio-Knit trainers, which featured 3D-printed soles and uppers constructed utilizing 3D knitting.

Adidas’ football boot features looped tabs at the front and back of the shoe, and a criss-cross textured surface. The designs exposed today are fully black.

The trademark triple stripe is emblazoned in relief on the side of the boot, which the brand described as “the potential of football footwear”.

It really is the latest in a series of revolutionary trainers from Adidas, which just lately announced a 3D-printed shoe sole that could be exactly tailored to the contours of the wearer’s feet.

In addition to collaborations with Zaha Hadid, Pharell Williams and Rick Owens, Adidas has also not too long ago developed a trainer produced employing yarns woven from plastic salvaged from the ocean.

Meanwhile Nike has announced it will release its self-lacing Nike Air MAG sneakers from Back to the Potential II in 2016, and presented the first pair to actor Michael J Fox on 21 October 2015 – the date he travelled to in the 1989 film.

“Somebody Should Be Held Accountable For This Monstrosity” 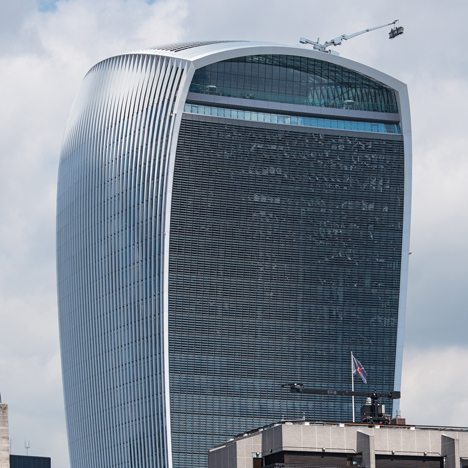