Utilitarian styles along with a practical demonstration of how to layer your clothes artistically define the newest T by Alexander Wang pre-fall 2016 collection, which takes us to the undergrounds, mixing a soft sporty-chic allure with overall workwear silhouettes and overtones. Available already today at AlexanderWang.com, this collection perfectly captures the true essence of the brand’s debut collection, which Wang designed when unveiling his first T by Alexander Wang show back in 2009. Wang’s diffusion line has so far always delivered casual apparel yet with an ultra-modern, and at times even sophisticated touch, drawing inspirations from the suburban subcultures. 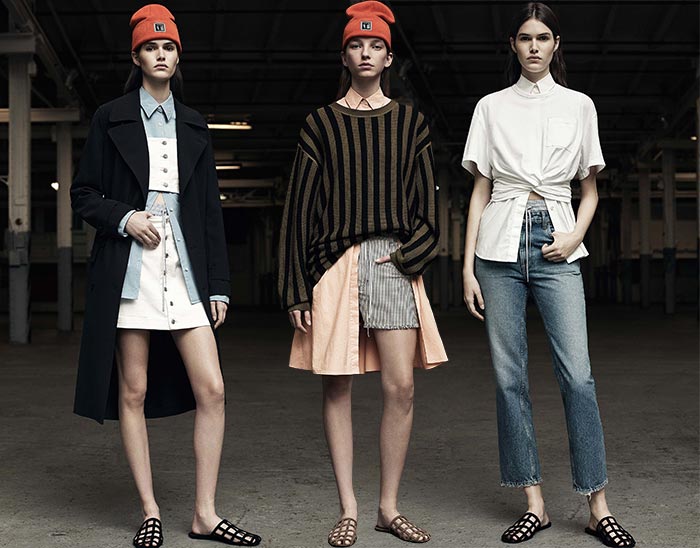 As for this pre-fall 2016 collection, we can specifically see such a dual haute couture/casual style both in the high and low combinations he chose to showcase in the lookbook, such as the button-down shirts paired with the oversized knit sweaters, as well as in some unconventional pieces in of and themselves, such as the classic Oxford tops he made unique by dramatically recreating and reinventing their shapes.

He also reinvented the workwear aesthetics proving that wearing utilitarian clothes can be tres chic indeed, especially if the looks get completed with geometrically layered appliqués and are refined with Wang’s terrific tailoring skills and great attention to detailing. Almost all of the proposals contain four or more garments layered either on top or on the side of one another, which is a choice that adds an overall heavyweight grunge look to the entire collection.

Although mostly focusing on ethereal white and blush colors, the T by Alexander Wang pre-fall 2016 line-up unarguably evokes a mood peculiar to the colder autumnal days, in which carrying around an extra sweater is always a good idea. The best part of the collection is that each ensemble is meant to be paired with one another, from the clean-cut minimalist coats to the cropped denim pants and skirts, from the earthy-toned suede jackets to the gray athleisure tops. 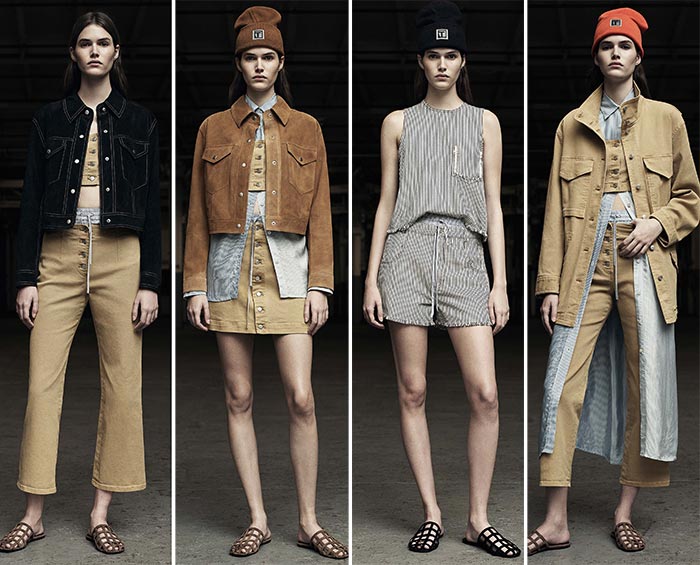 Wang himself recommends us a few extremely unconventional, yet quite futuristic combinations close to the anti-fashion aesthetics many labels are incorporating in their collections, which are definitely worth daring to wear. There’s, for example, a super long white t-shirt dress combined with a pair of bell-bottom jeans, a light orange shirt dress with a grey skirt worn underneath and an oversized striped sweater to complete the look, and even a white shirt tossed over a white coat look with only a gray sweater interrupting such a ton-sur-ton combination.

Details such as ribbed knits, elastic waists and frayed edges, along with simple yet cozy ensembles including waffle-knit jumpers serve as the icing on the cake, embracing the Nineties-inspired grunge style in a more modern way. 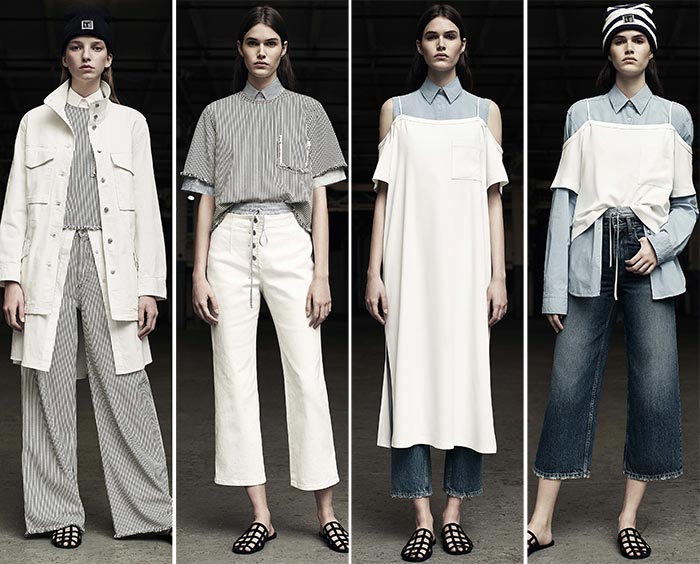 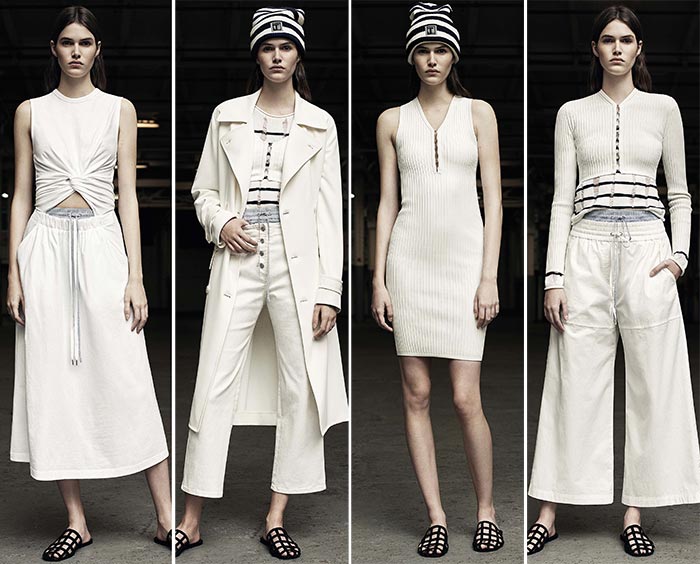