Globally renowned for being able to make those who like princess-like dresses daydream, Elie Saab took his signature aesthetics to a brand new level for his Elie Saab Couture fall/winter 2016-17 collection, updating his usual sequence of red carpet-worthy dresses with something more sensual and mysterious, and even more fairytale-like. 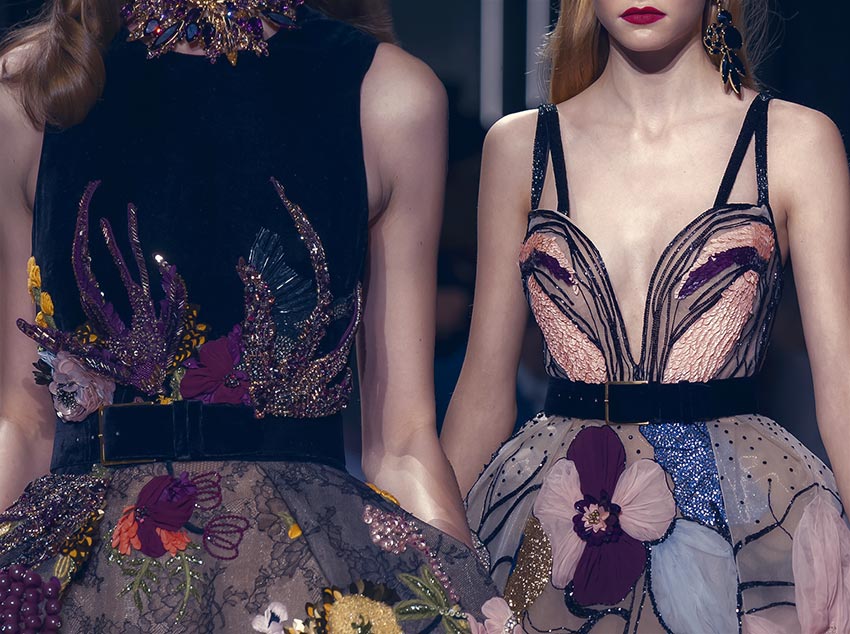 Inspired by vibrant New York, the line-up juxtaposes polar opposite lines and figures, dynamically displaying both sensual, plunging necklines and mermaid silhouettes, as well as theatrical and billowy dresses that sort of create haute couture-eque looks Disney princesses would happily channel. And to give us the impression this couture collection was a Disney-approved one indeed, Elie Saab sent special models down the runway: little girls dressed up in matching miniature versions of the accompanying older models’ gowns, propagandizing the twinning, ‘mommy and me’ trend.

The child models’ dresses were all revisited with softer and more textured materials, resulting in unapologetically cute miniatures that surely left the public in awe. Elie Saab, who showed a great interest in fashion since a very young age, embraced this incredibly eclectic form of art by rummaging through his own mother’s clothes just to use them and reinvent for his sisters, who actually were his very first models. 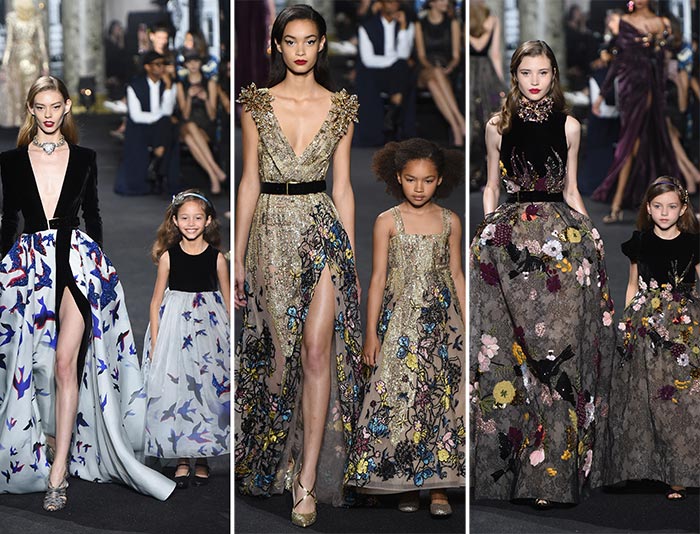 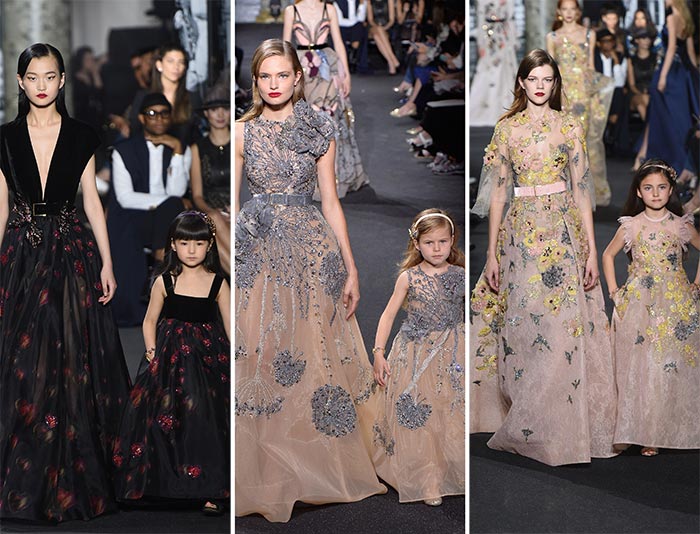 Yet to be confirmed by the designer himself, the Elie Saab Couture fall/winter 2016-2017 collection gives us the impression he wanted to share reminiscences form his childhood and late teenage years with us, as they surely had a huge impact on his life and function as the most instructive part of his educational background.

Aside from the little models, the Disney-inspired motif runs throughout the collection thanks to another recurring pattern too, namely Maleficent movie inspirations. Dark and imposing, most of the ethereal garments seem to have been inspired from the Goth couture of Maleficent, yet with different kinds of refinement. While Angelina Jolie’s notorious frock was embellished with fur appliqués and jewelry made of real teeth and bones, Elie Saab opted for more conventional crystals and gems to decorate the dresses, overwhelming the collection with cascades of exquisitely beaded patterns. 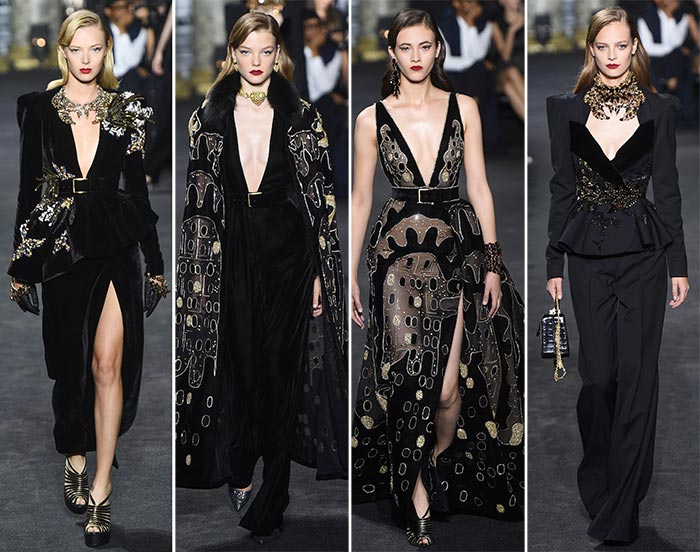 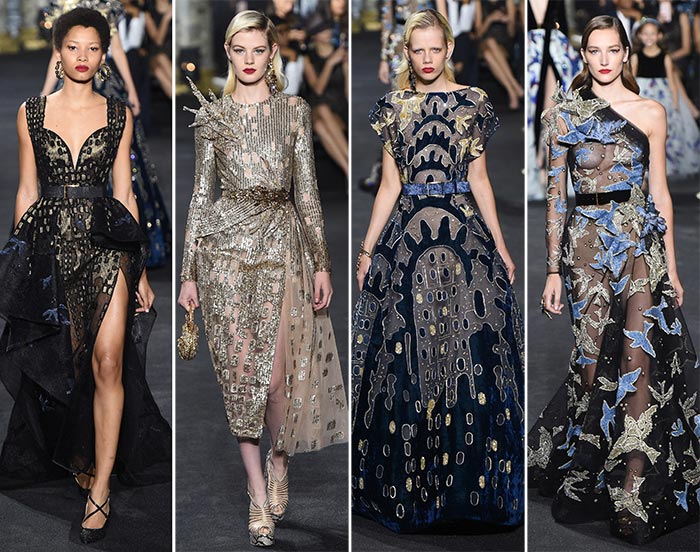 Then, while he specifically chose to decorate the lighter frocks with loads of crystals, for the darker-toned proposals he opted for languid and mysterious hand-sewn floral embellishments.

Although translating such a current to its darker counterpart, this Elie Saab Couture line-up showcases what appear to be Gustav Klimt’s art nouveau decorative patterns, with pieces of glasses functioning as Symbolist decorative mosaics. While Gustav often used golden colors for his paintings, Saab focused on silver hues, depicting on some gowns what looks like Klimt’s cape in the painting ‘The Kiss’. 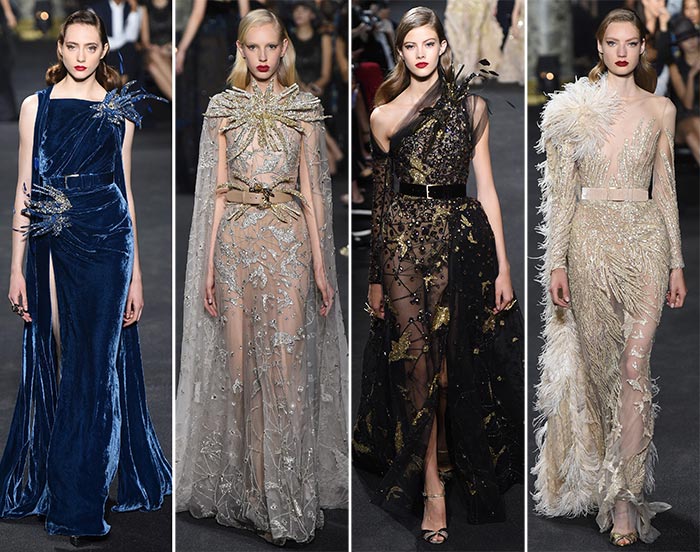 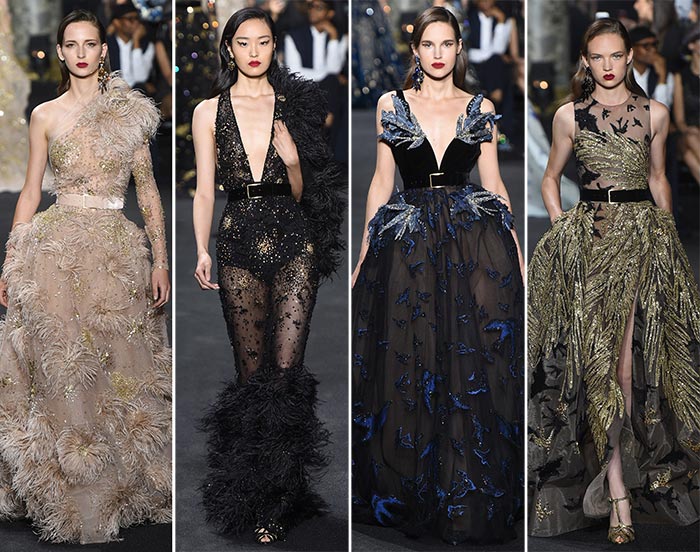 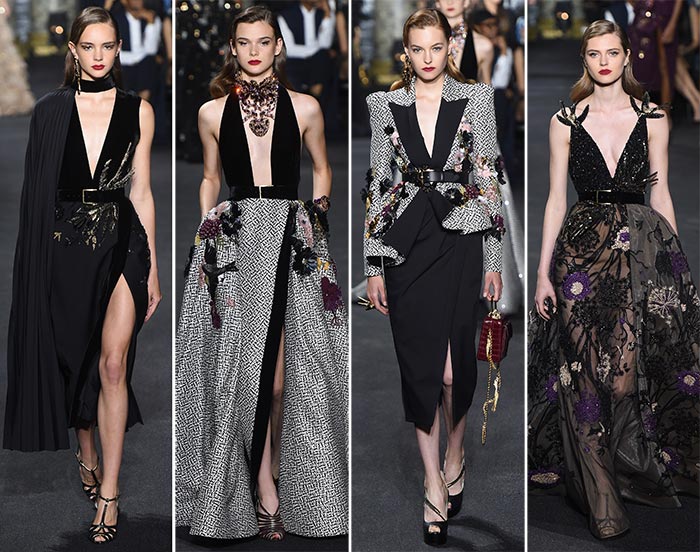 Like Klimt, who died in 1918 and had a huge impact both on the society and on the artistic currents of the first decades of the XX century, Saab also seems to be eager to influence us, showing off what he is capable of.

Mermaid gowns, Charleston silhouettes and feather appliqués quickly transform the collection from the Disney fairytale world to the Roaring Twenties, and we couldn’t appreciate such eclecticism more! 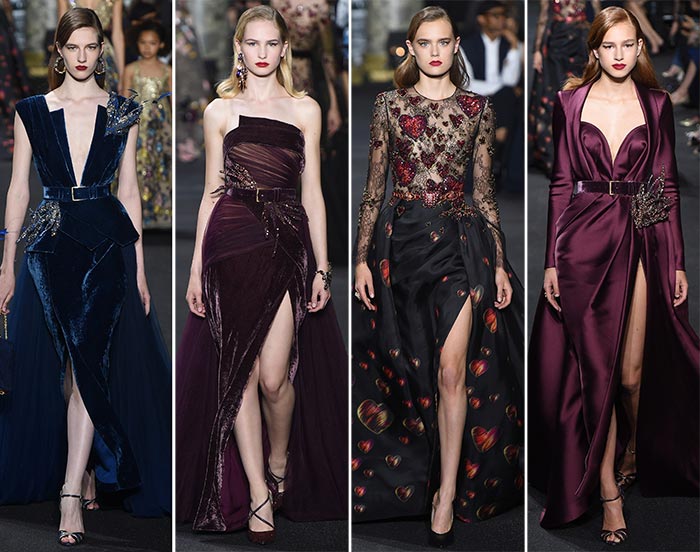 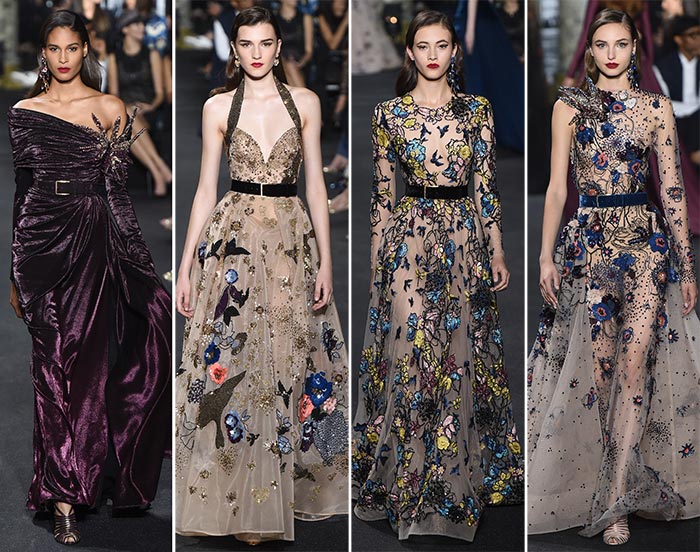 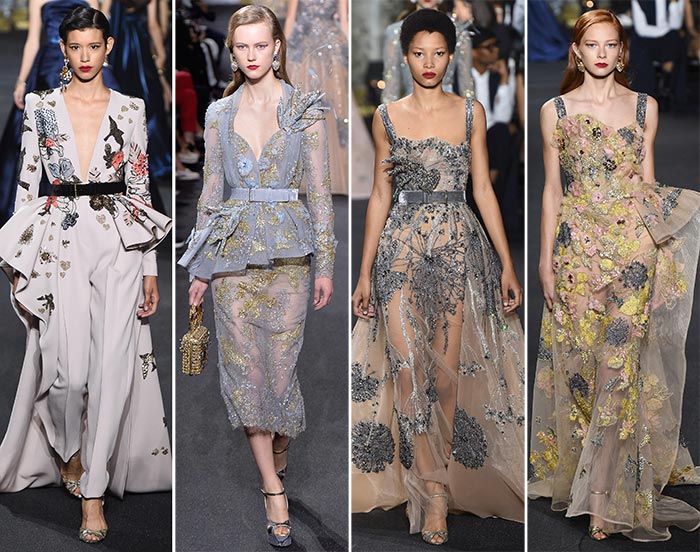 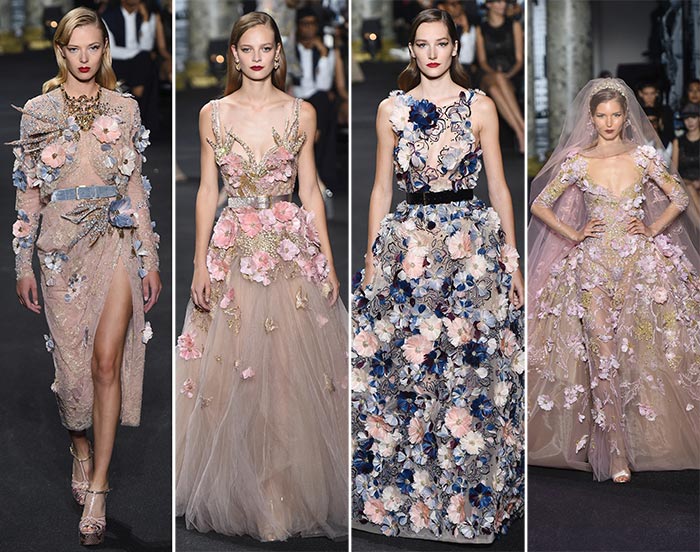