A wooden catwalk designed by zU-studio runs by means of the middle of this hotel conference space in the Netherlands to allow whoever is speaking to be “totally free to move and stroll all around” . 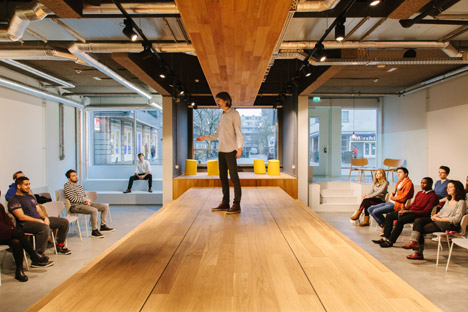 Amsterdam-primarily based zU-studio redesigned the meeting spot in The Hague branch of The Student Hotel with the aim to create a new typology for conference rooms.

The studio came up with the concept of repurposing the catwalk, normally utilized in style demonstrates, as an location for spoken presentations. 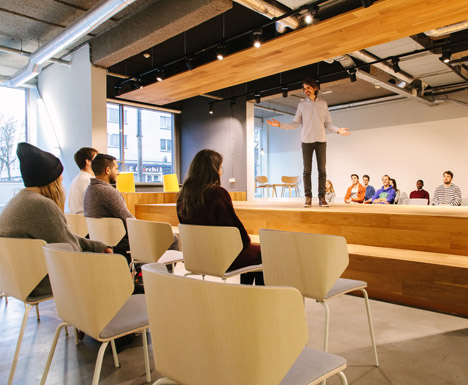 “The inspiration for this venture came from the need to see a room that creates a a lot more intimate connection in between the speaker and the audience,” architect Javier Zubiria informed Dezeen.

Crafted from prolonged oak planks, the platform runs by way of the centre of the space and divides it into two sections. 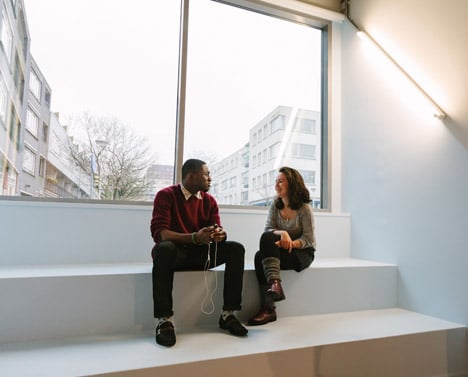 The audience enters the area through the stage, before descending a set of measures at either side to take their seats. These actions can also be employed as bleacher-type seating.

“The projections on both sides have been crucial to me,” Zubiria explained. “The catwalk produces a less formal surroundings for learning.” 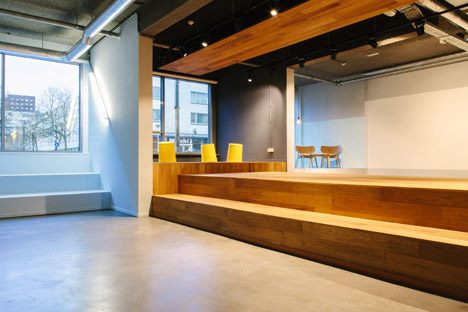 The style is echoed in a white-painted seating location by one particular window, whilst a raised degree on the other side of the catwalk provides an further entrance from the street as properly as area for a modest table.

At the finish of the catwalk is a further raised wooden level, sandwiched amongst two partition walls that are painted grey on the inside surface. Bright yellow stools provide even more seating in this area, which can also accommodate a assortment of makes use of. 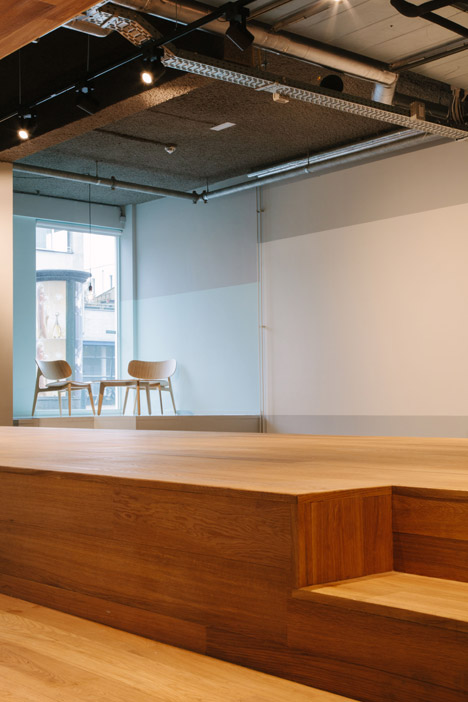 Prior to the redesign, Zubiria described the space as a “depressing and forgotten room” that was occasionally employed by workers at the hotel, which is made exclusively for folks learning in the city and is centrally found in The Hague.

“I had been living at The Student Hotel, so I knew specifically what a guest demands,” he said. “The space was awkwardly placed in the developing, a handful of steps down from the rest of the ground floor and sunk in from the street.”

“I desired to transform a dead area into some thing inspiring and original,” he continued. 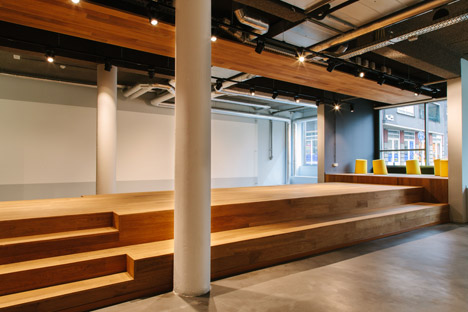 When not in use, the conference area gets to be a multifunctional area and the catwalk can be employed as a location to sit. “The stage acts as a sofa,” stated the designer. “The space easily transitions into a hangout or get together area.” 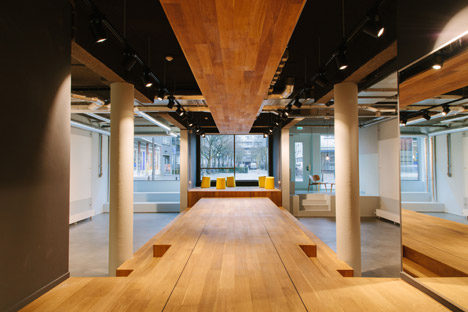 Other reinterpretations of conventional meeting spaces include Clive Wilkinson’s 330-metre desk set up all through a New York office and a boxy timber meeting room that is exited through a slide.

Photography is by On a Hazy Morning 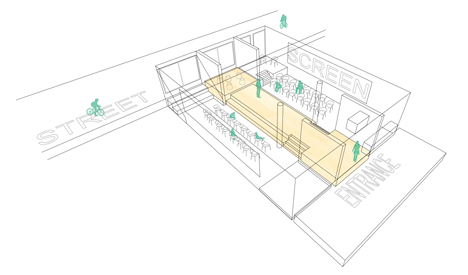