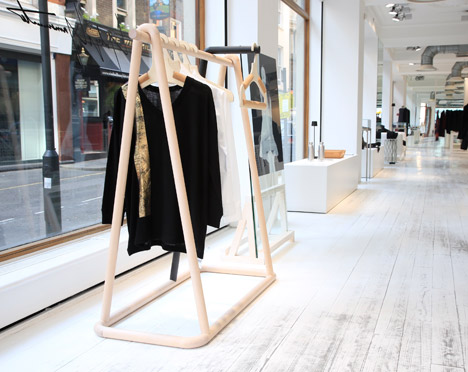 Torsten Neeland’s installation, entitled Urban Nomads, comprised a pair of wooden clothes rails and a range of hangers with cork inserts. They were used to display Yohji Yamamoto’s new clothing collection at the fashion designer’s store on London’s Conduit Street. 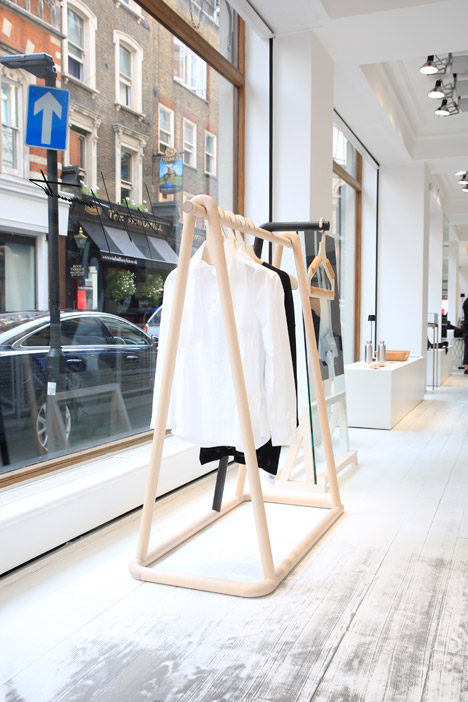 Yamamoto, whose work spans over three decades and was honoured by a 2011 V&A exhibition, based his Spring/Summer clothing collection on the idea of the “wandering nomad”, who reuses and dismantles their possessions as they move from place to place.

Neeland picked up on this theme by designing items he believes are “robust yet dismantle-able and aesthetically covetable”, and can be sustainably manufactured – addressing the the throwaway culture associated with the design industry. 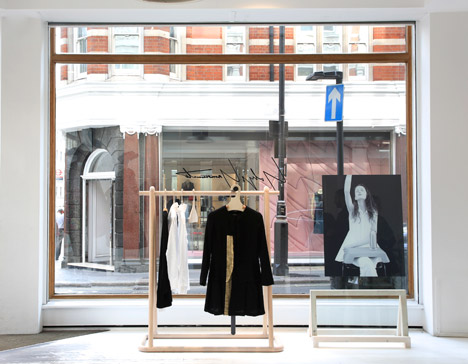 “We were interested in how our lifestyles are becoming more transient due to technological developments and massive urban changes,” Neeland told Dezeen. 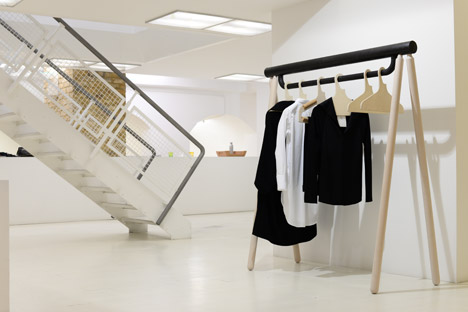 Named Urban Nomad 1 and 2, the two clothing rails are put together from jointed wooden poles. The rails can be constructed and disassembled without the need for tools and screws to allow for easy transportation and storage. 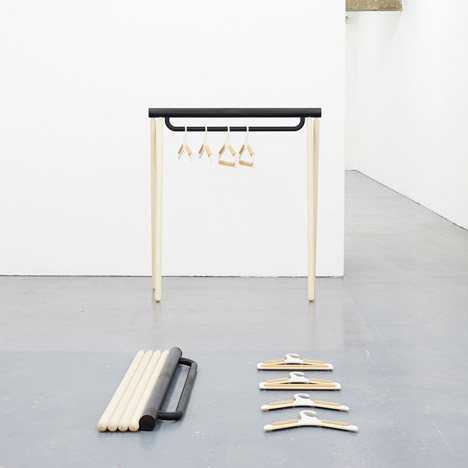 “We used materials such as solid oiled, stained maple, plywood and cork for the clothes hanging rails because these materials age beautifully and we would like to see these materials in a retail environment,” Neeland told Dezeen.

“It is about simplicity without forgetting about warmth and soul.” 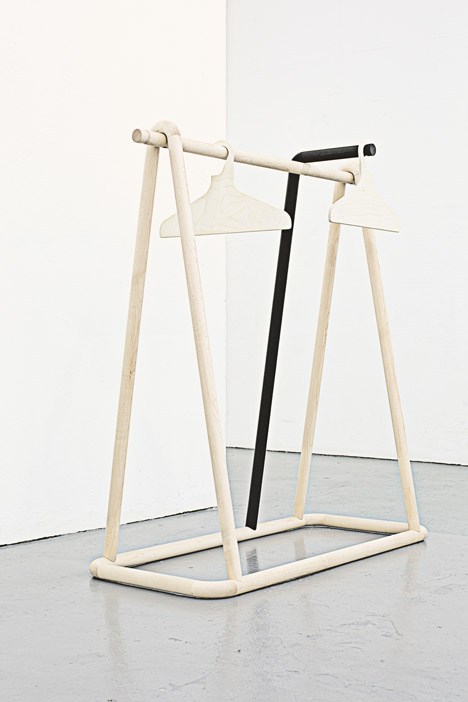 In Urban Nomad 1, a stained maple pole tops two natural wood apexes to form a hanging rail. In Nomad 2 a maple pole ascends out of a rounded oblong base and bends over the top of the rail to make a feature of one item. 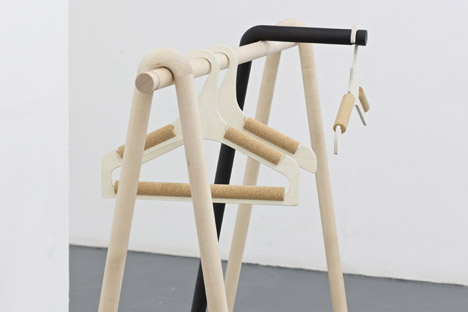 A set of three wooden clothes hangers, designed by Neeland for Dutch cork manufacturer Corklook, are used to hang Yamamoto’s clothing. Two of the three feature cork shoulder pads that prevent clothing from slipping from the hanger, while one has a solid wooden outline. 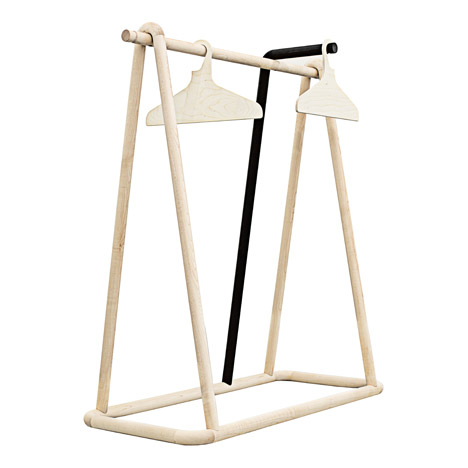 “I love photography and I like to wear Yohji Yamamoto. I contacted the Paris office directly and proposed the project,” he explained. 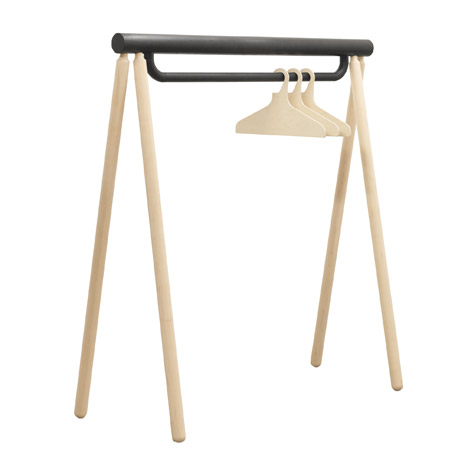 Earlier designs by the German designer, including cutlery set Stav, for which he received the Design Award of the Federal Republic of Germany, and a moulded cork tray were presented alongside the new pieces. 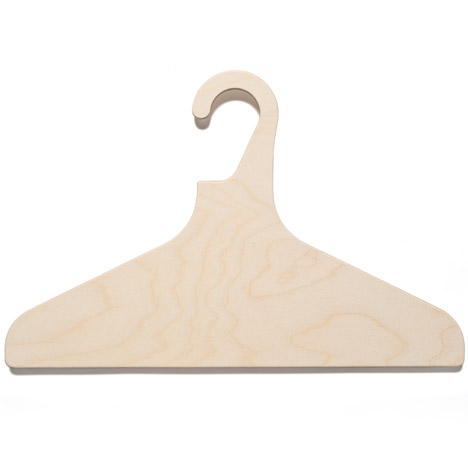 Urban Nomads was curated by Nuno Coelho and was also presented as part of Paris Design Week. Neeland and Yamamoto also collaborated on a film and imagery shot by fashion photographer Thomas Krappitz that accompanied the exhibition.