Music: the story of Adam and Eve is told through acid-colour graphics in this music video for electronic artist Zhu by director Tomek Ducki.

The title and lyrics led the director to create an animation modelled on the biblical tale of the first man and woman on Earth, Adam and Eve, who are blamed for bringing “sin” into the world. 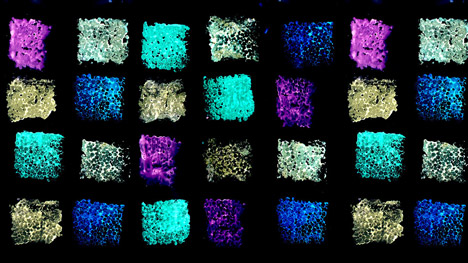 “The initial concept for the video was to stick with the Old Testament’s paradise theme and symbols,” Ducki told Dezeen. 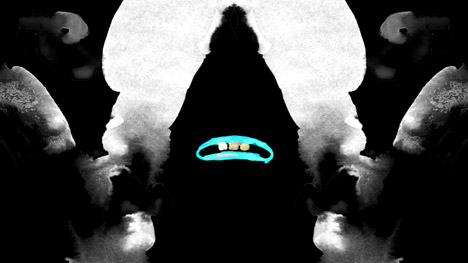 The video begins with a rotating head, whose thoughts disperse out from a hole in the top like vapour and materialise as images that create a narrative around the story. 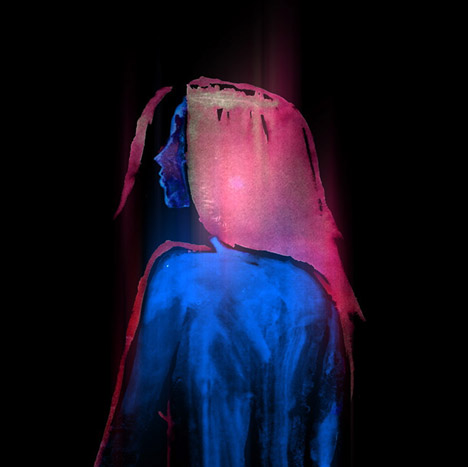 “We used his chimney-like hole on the top of the head to let the elements of the animation appear – just like a smoke would – and to project his fantasies,” Ducki said. 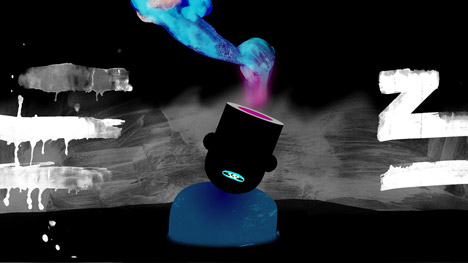 In both the Old Testament story and the video, Eve takes a bite of the forbidden fruit offered to her by a snake. 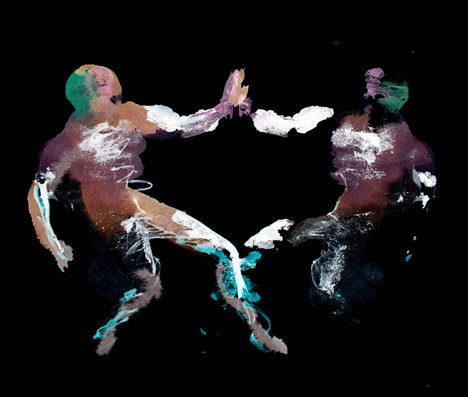 “Together with Zhu we picked up a few themes we found interesting to relate to from our point of view,” said Ducki. “For example how the act of eating the ‘fruit of knowledge’ changed Adam and Eve’s own vision.” 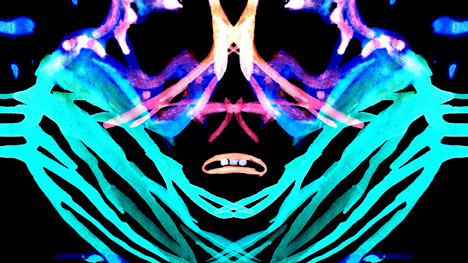 The apple in the video is square, so the couple’s eyes also turn square after it’s been tasted. 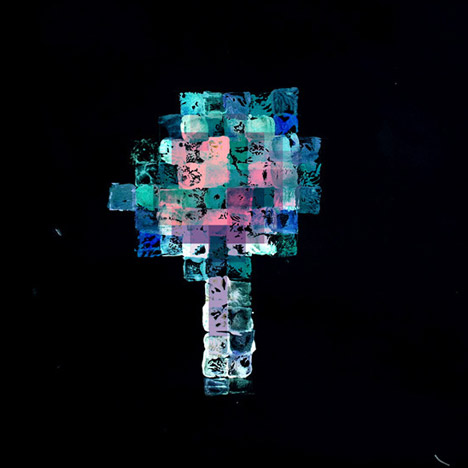 Having sinned, the duo lose their innocence and are forced to cover up their genitals with fig leaves, as shown in the famous 16th century painting of Adam and Eve by Italian artist Titian. 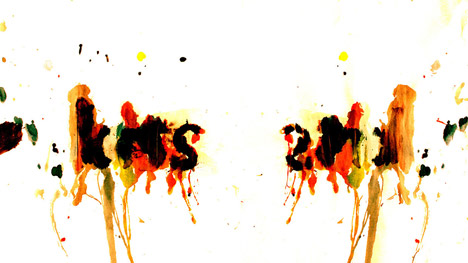 Ducki has put a contemporary twist on this, creating more square blocks to cover the figures like pixellation – a common digital form of image censorship. 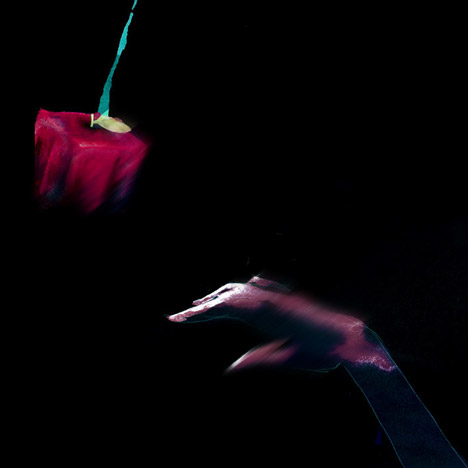 “I personally got also interested to explore to the ‘fig leaf’ symbol,” Ducki said. “Back on Titian’s painting it was a kind of censorship of the time, so I replaced it with what you would use in a video today as censorship: pixelation.”

The animation was created by a team over a month, using a technique that Ducki calls “manual rendering”. This involves forming majority of visuals digitally then printing out and painting over the images frame by frame. 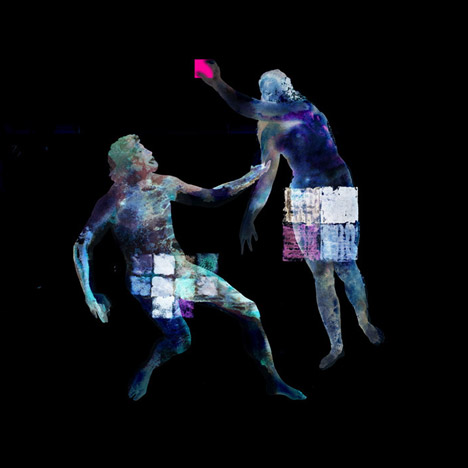 “It gives a unique unrepeatable picture every time,” said the director. “In this project we used mostly Ecoline paint – it was the closest to remind me of neon lights when inverting the colours.”

As the graphics were all made in negative colours, it was difficult for the team to control the final palette. 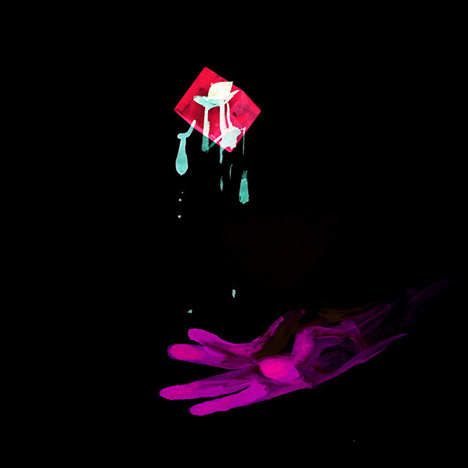 “For the colours the direction was to have an impression of an underground party,” said Ducki. “Eventually choosing them became even a more demanding process as we worked all the time in negative – what is black it is originally the white paper under the paint.”

Zhu remains a mysterious character on the music scene, according to Ducki, so the graphics were created to build on this sense of intrigue.

“You wouldn’t really find any information besides his music, so I had to keep a big dose of mystery in the video too,” he explained. “To reflect this in the visuals, we used different methods to let the eye to discover shapes and objects in the dark. Lights flashing around the face, or paint pouring through the figures and objects.”

Paradise Awaits is taken from Zhu’s EP The Nightday, which was released in April this year.

Decorating Ideas
Music: the 3D visuals in this music video by animator Nick Cobby for Max Cooper and Tom Hodge's track Remnants explore the relationship amongst the...