Housed on the top floor of the derelict Veemgebouw building, located in Eindhoven’s Strijp-S region, the 5 Shylights ascend and descend six metres over visitors’ heads in what the studio calls “a poetic dance”. 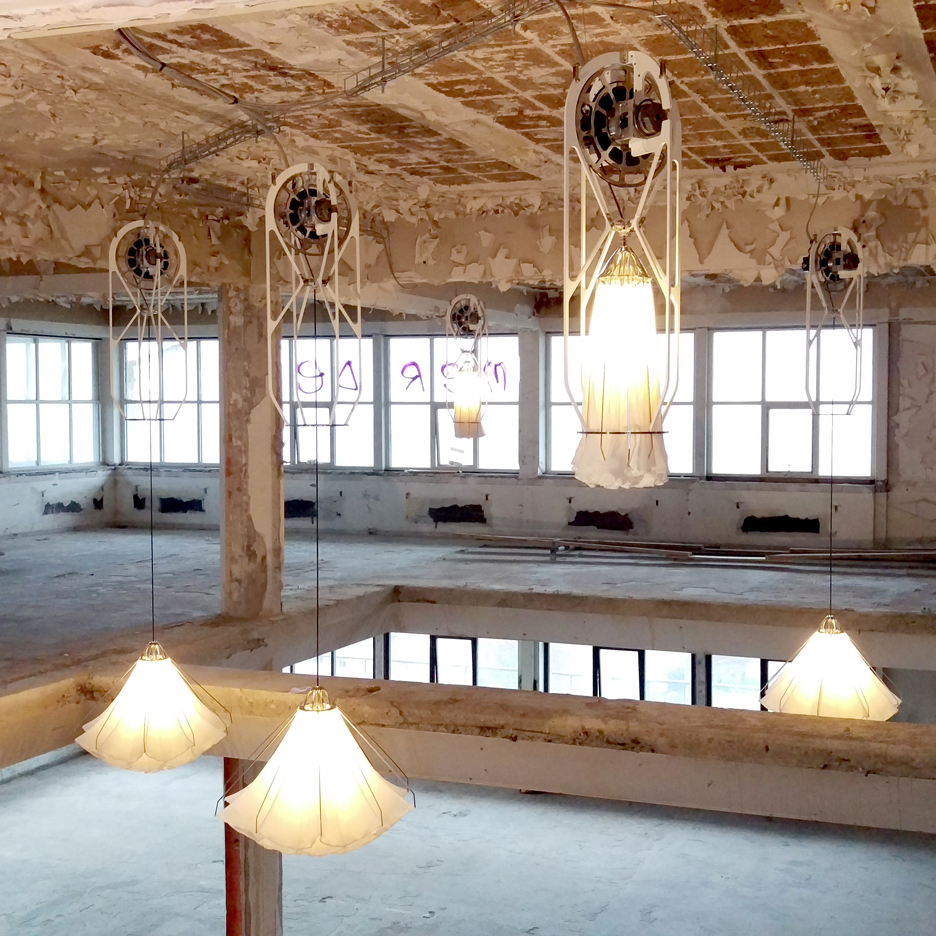 An upper floor was demolished to make area for the set up of tulip-shaped lamps, each of which is held on a mechanical pulley. Enclosed in silk petals, the lights are randomly lowered or raised, and appear to open and close like flower buds.

Relevant story: Studio Drift’s kinetic glass set up is a tribute to humanity’s quest for flight

“Shylight is inspired by a highly evolved normal mechanism called ‘nyctinasty’,” said Studio Drift, which designed a similarly kinetic set up of glass bars for the 2015 Venice Art Biennale.

“It regulates that specified kinds of flowers near at evening, for self-defense and to conserve their resources.” 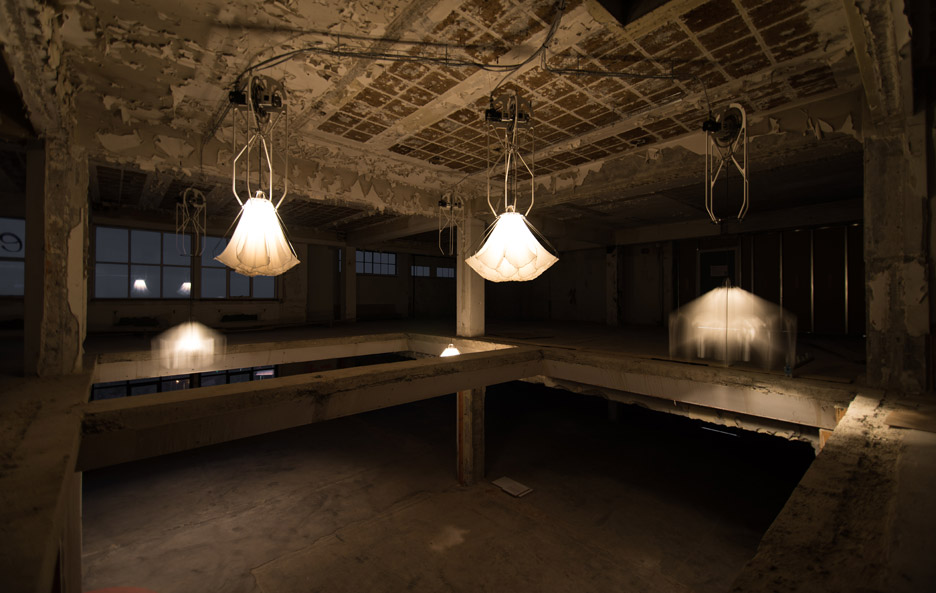 “This principle relates extremely considerably to human feelings: most manmade objects and buildings have a static type, although every little thing natural in this world, including folks, are subject to consistent metamorphosis and adaptation to their surroundings,” they extra.

Technical advancement for the installation – originally created as a long term attribute in the renovated Philips Wing at Amsterdam’s Rijksmuseum – took the studio 5 years, and its motion relies on robotics that can be managed by iPad or iPhone.

Studio Drift also created Shylights with the possibility to be programmed in various approaches, such as synchronisation with music. 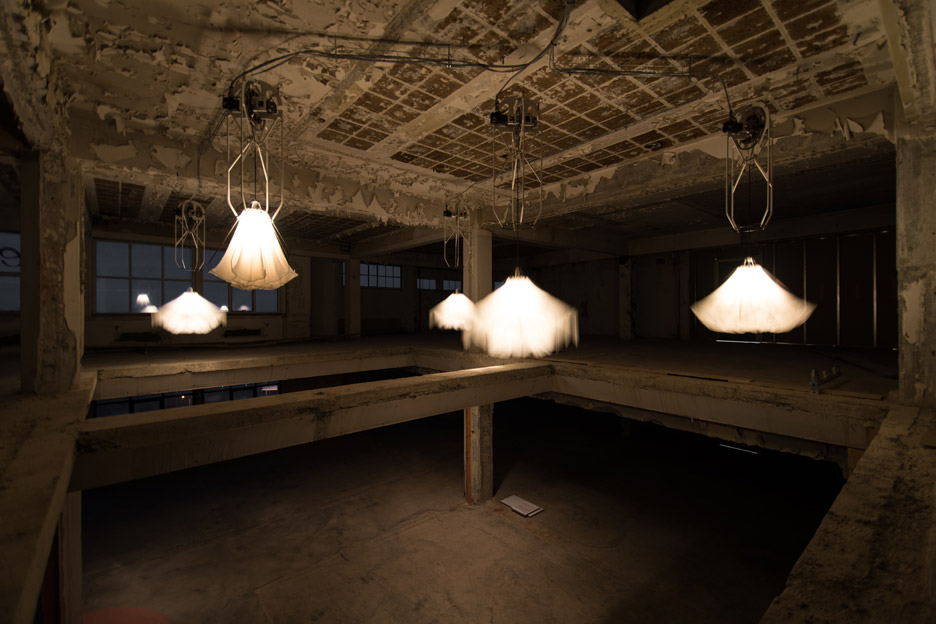 “With Shylight, Studio Drift is exploring these modifications that express character and emotions in an set up of inanimate objects,” the firm commented.

“Shylight descends to blossom in all its glorious beauty, to subsequently close and retreat upwards yet again. Our objective with Shylight is to find daily life, emotion and character in dead material.” 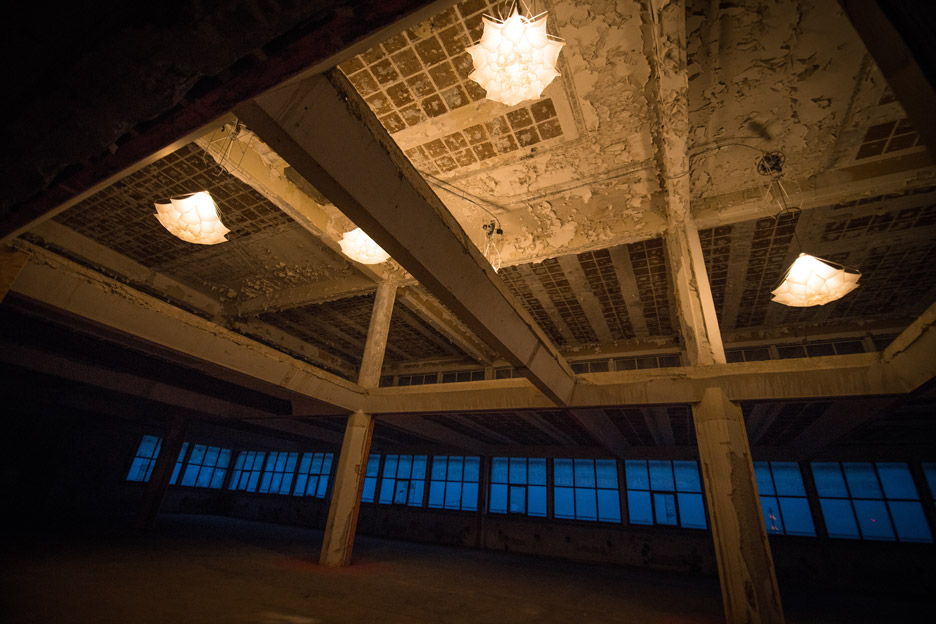 The installation is on show at the best floor of the Veemgebouw constructing in Eindhoven for Dutch Design Week, which will take location across the city from 17 to 25 October 2015.

Photography is by Bo van Veen.

Seung Jin Yang’s Blowing Chairs Are Made From Party Balloons

Furnishings And Garden Design In A Country House Style