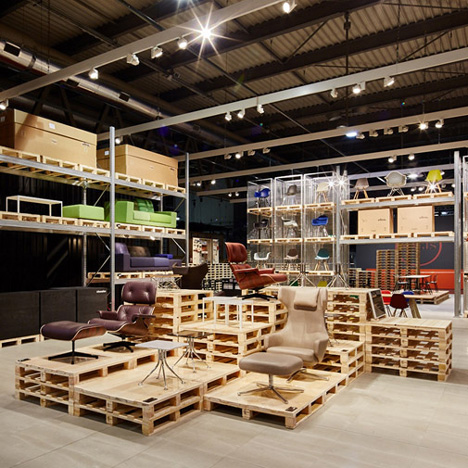 The space at the Rho Fairground venue featured plinths manufactured from pallets to generate various heights, stacked pallets as walls, and the original pallet racking method of wire crates redesigned for the stand. 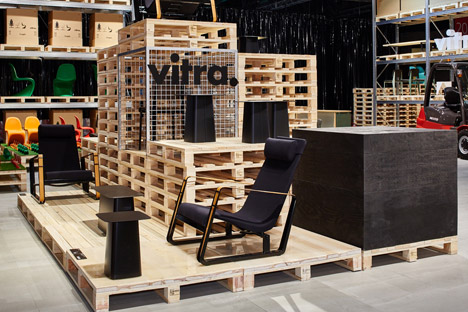 Colour was utilized to the surface of certain pallets to denote different elements of the stand. 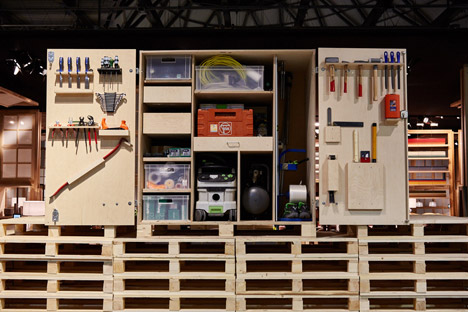 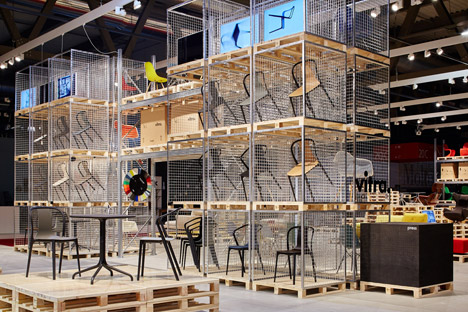 The design and style was conceived to break the norms of stand design and style and produce a new visual language for exhibitions. Its warehouse aesthetic, comprehensive with a forklift truck, meant to reflect the short-term nature of the yearly fair

“Traditional exhibition styles, such as enclosure style, gallery fashion, and white-cube design, impose viewers to see from predetermined points of see,” he stated. “On the contrary, this exhibition area allows each and every viewer to pick his or her personal type of viewing, which communicates a transformation of Vitra’s stance.” 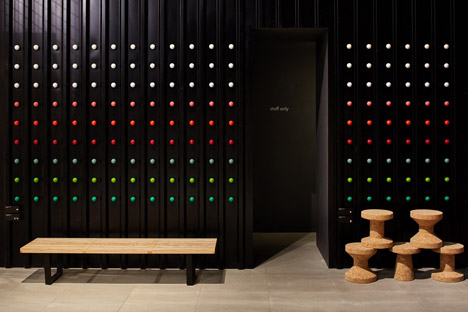 Japanese wooden pallets are constructed to a regular dimension of a single metre by one particular metre, offering a repeating module that formed the basis of the design and style, enabling distinct components of the stand to be customised.

“We adopted a DIY type, in which each designer could experiment and produce the very best way to display his or her item,” explained Nagasaka. 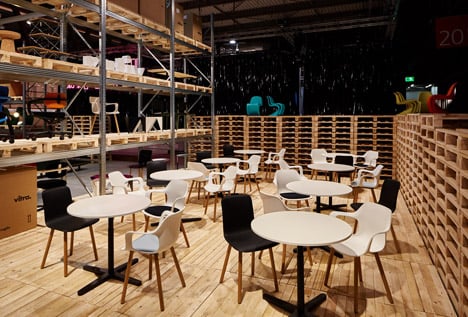 The pieces on the show integrated Ronan and Erwan Bourourllec’s Belleville Chair and Table, the Polder Sofa and Compact by Hella Jongerius, and the Mariposa Sofa by Edward Barber and Jay Osgerby. 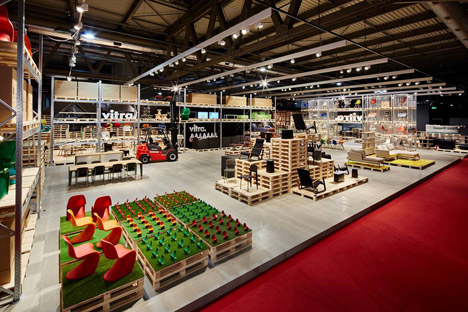 This year’s Salone del Mobile took location from 14 to 19 April.