SANAA has been selected to design a new building for Art Gallery NSW in Sydney, ahead of architects like Kengo Kuma, David Chipperfield, Renzo Piano and Herzog &amp de Meuron.

The Japanese firm, which is led by architects Kazuyo Sejima and Ryue Nishizawa, noticed off competition from 11 established studios to win the commission for the new landmark constructing at one of Australia’s most critical artwork galleries.

The new building will take over two sites to the north of the current Art Gallery NSW building – 1 that overlooks a motorway and 1 presently occupied by 2nd world war oil tanks. 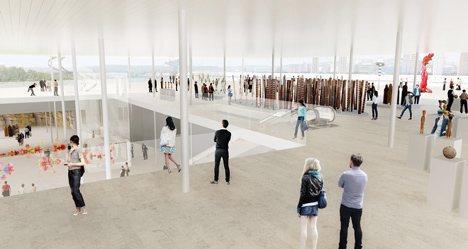 Set to open in 2021, in time for the institution’s 150th anniversary celebrations, the framework is envisioned as a series of pavilions that cascade towards Sydney Harbour and frame a new public plaza.

“The subtle profile of the pavilions complements and preserves the dignity of the present gallery constructing, generating spaces to deliver people collectively and foster a sense of community, imagination and openness,” stated the competition organisers.

“The idea looks in direction of the long term, considering about how audiences will encounter artwork in Sydney as we transform the gallery for the 21st century.” 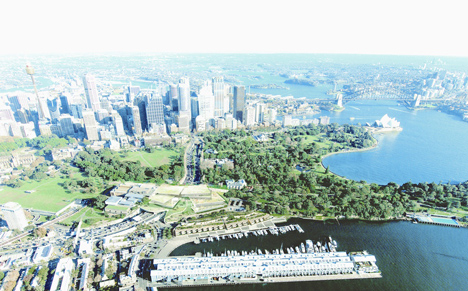 The expanded facility will more than double exhibition space for the gallery’s everlasting collection, which consists of contemporary art from Australia and abroad, historical art from the Asian Pacific region, and Aboriginal art and artefacts.

Twelve offices were at first invited to submit their suggestions for the contest, and had been later on lower back to a shortlist of five: SANAA, Kengo Kuma &amp Associates, Kerry Hill Architects, RMA Architects and Sean Godsell Architects.

The winner was picked by a jury like Art Gallery NSW director Michael Brand, and architects Toshiko Mori, Glenn Murcutt and Juhani Pallasmaa.

Sejima and Nishizawa will now commit twelve months developing a comprehensive design, with the aim to submit a planning application in mid 2016.