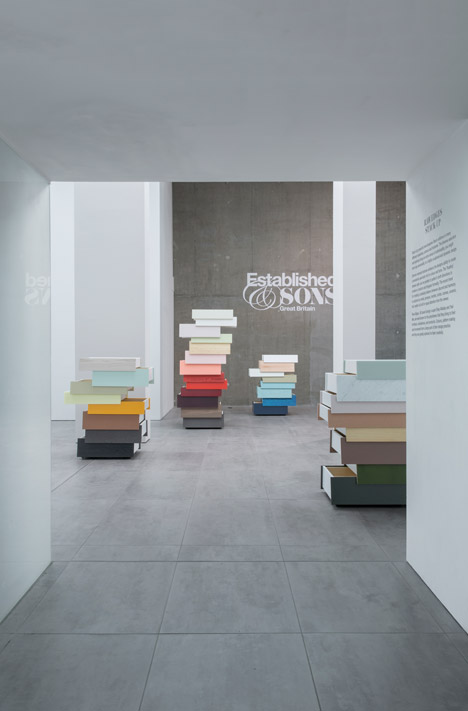 Originally made in 2008, the drawers have been constructed from sheets of lacquered wood when they had been place into manufacturing by United kingdom furnishings brand Established &amp Sons. 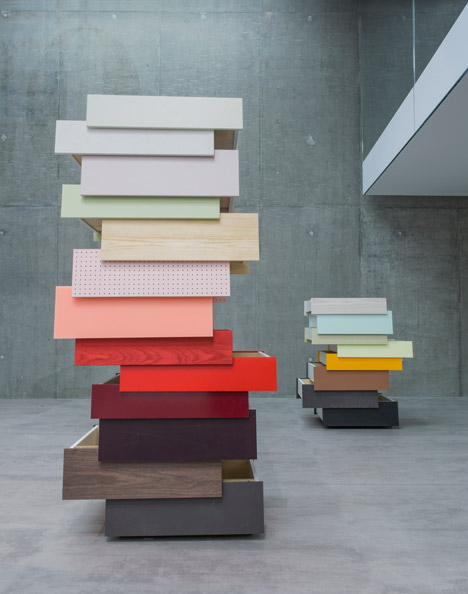 “When operating on the production pieces for Established &amp Sons in 2008, we explored colourfulness and have been delighted to find out that other individuals are drawn to its colour combinations,” explained Raw Edges co-founder Shay Alkalay. 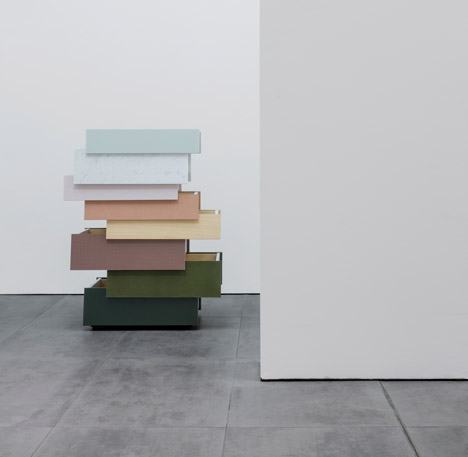 Getting been approached by the organization to create a bespoke model for the 2015 London Layout Festival, the layout duo have developed five sets of drawers that are randomly stacked off-centre in either eight-or 13-drawer formations. 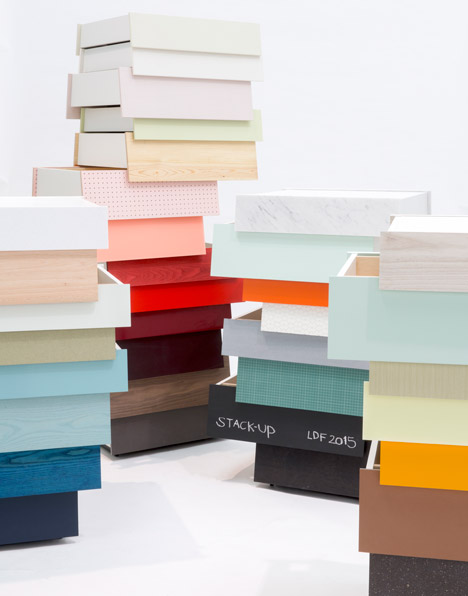 Though the new model is based on the same structure and mechanisms, Raw Edges has swapped the present side panels for a mismatch of materials found in their studio.

Pieces of cutting mat, pegboard and plaster-resin composite Jesmonite form multi-textured side panels, along with offcuts of dye-soaked wood from the studio’s Endgrain furniture assortment. 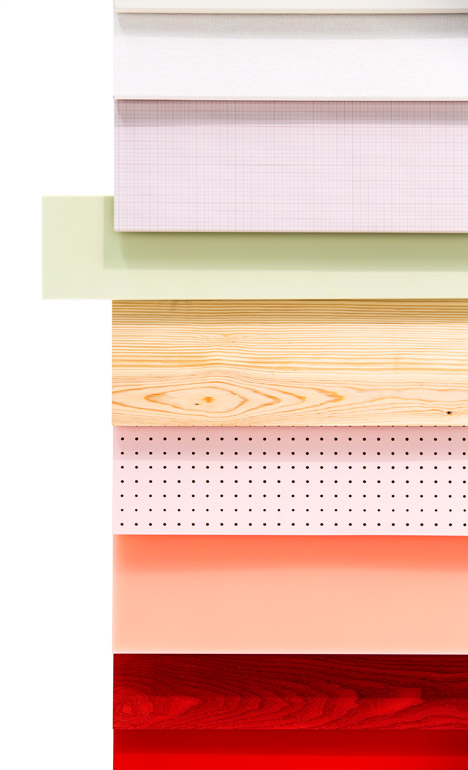 “We needed to make combinations that are relevant to every day function in our studio,” Alkalay informed Dezeen. 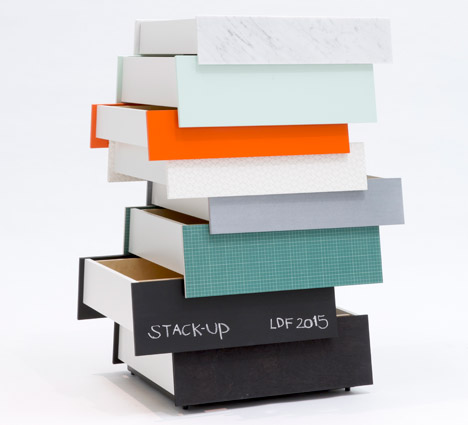 “We often perform with materials swatches and frequently combine modest samples to achieve exciting combinations,” he continued. “Right here, we have built up a collection of many panels so that we could perform close to with them like swatches, but here they are in fact final design.” 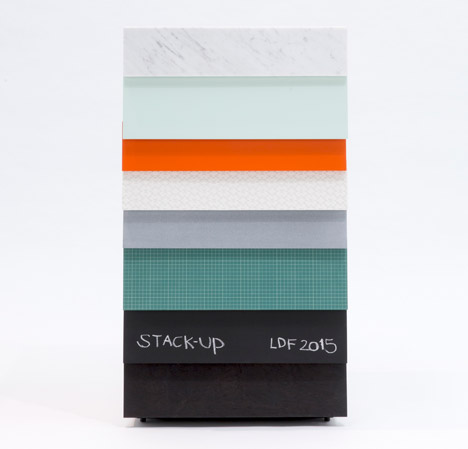 The design duo also took the chance to use materials they hadn’t previously worked with, which includes marble and solid-surface material Corian. 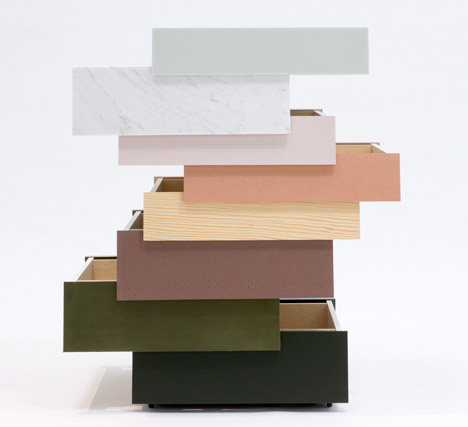 Every single of the colourful compartments in both the eight-drawer and 13-drawer towers can be pushed open from each sides, producing a “random and irregular” formality. 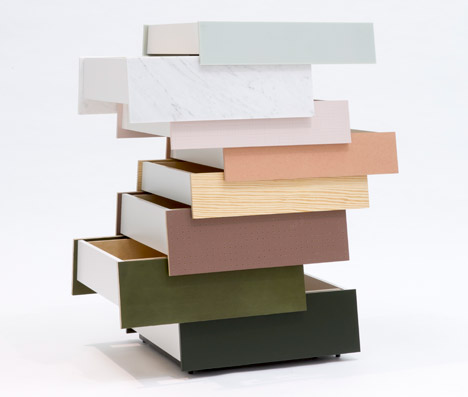 The types had been unveiled at an exhibition at the Established &amp Sons showroom in Shoreditch as portion of this year’s London Design and style Festival, which runs until finally 27 September. 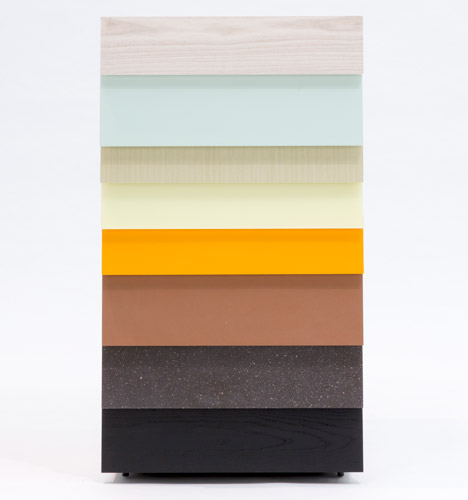 Raw Edges was established by Alkalay with spouse Yael Mer. Earlier this yr, the studio put in a dye-soaked wooden floor across the sculpture gallery at English stately residence Chatsworth Home.

The duo were also amongst 4 designers who installed their interpretations of “property” within house-shaped pavilions in London’s Trafalgar Square for the design and style festival in 2014.