News: British studio OS31 has won a competition to design a pop-up restaurant on the surface of a frozen river in Winnipeg, Canada. 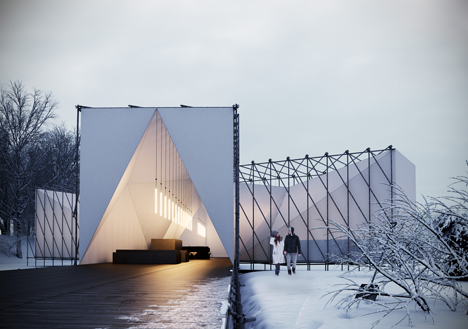 The RAW:almond restaurant will be installed at the point where the mouth of the Assiniboine meets the Red River, as part of the Canadian city’s annual winter festival.

OS31, a studio specialising in lightweight, flexible architecture, has designed an X-shaped structure intended to symbolise the crossing of the two rivers. 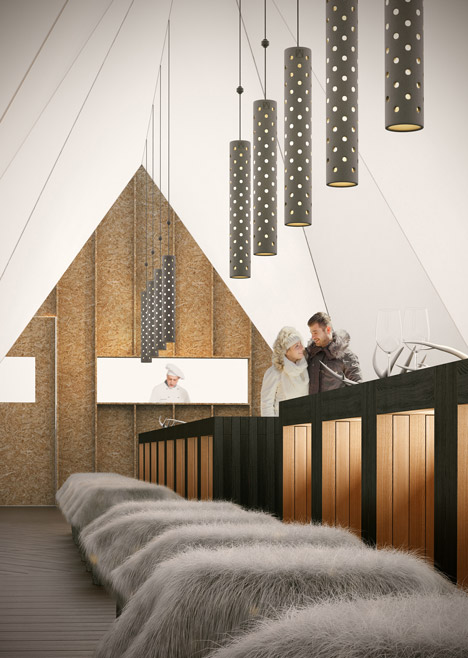 A metal scaffolding structure will provide the building’s framework, as a nod to the rhythmic construction of a nearby bridge.

“The plan is made up of two clashing geometries,” said studio founder Tony Broomhead, who designed the restaurant alongside architects Matt Pearson and Ross Jordan.

“The design creates an expressive frame that floats across the ice like a frozen jetty, whilst providing a dining experience that is clear from structure,” he said. “The exterior and interior are expressed as separate forms, one enclosed inside the other.”

Spaces inside the restaurant will be framed by faceted white walls, described as being “sculptural like drifts of snow”.

A terrace will extend out from one of the building’s four arms, providing an entrance to a bar area. Two others will contain dining areas, while the fourth will house the kitchen.

This will be the third iteration of the RAW:almond restaurant, which claims to be the “first ever outdoor fine dining restaurant on a frozen body of water”. It will open to the public on 22 January. 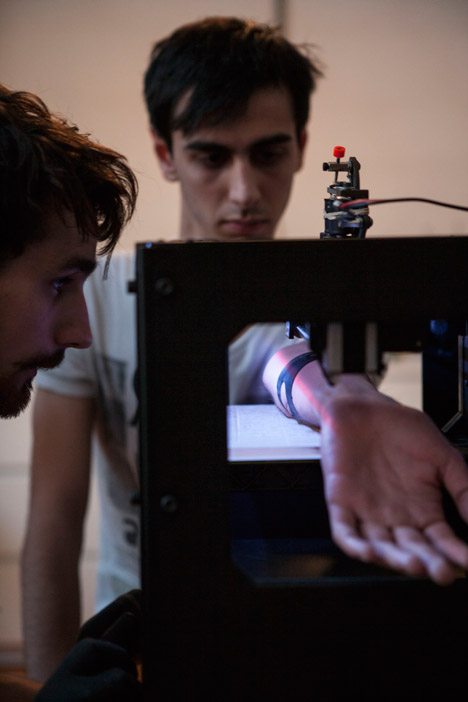 Decorating Ideas
Paris design studio Appropriate Audiences has combined a 3D printer with a tattooist's needle to create an automated tattoo "printer" that can create...