Australian studio Made Group has completed a pool residence for a Melbourne residence with a faceted timber ceiling inspired by origami . 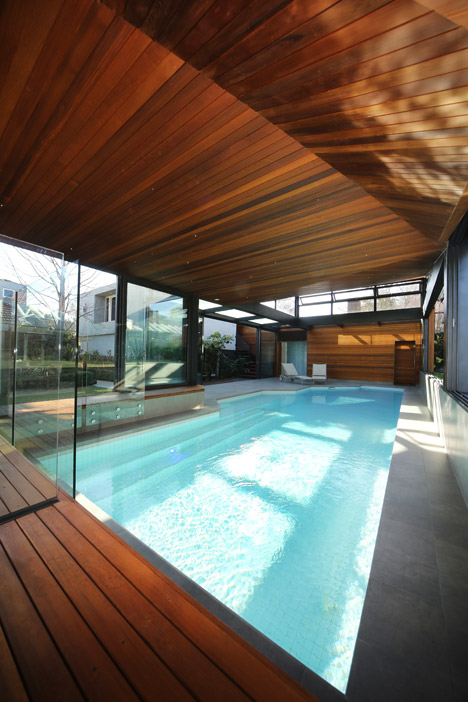 Origami Pool House was created and built by Made Group for a family living in the Melbourne suburb of Hawthorn. It encloses an current pool in the backyard, which was previously covered by a fabric canopy and remained unused throughout winter. 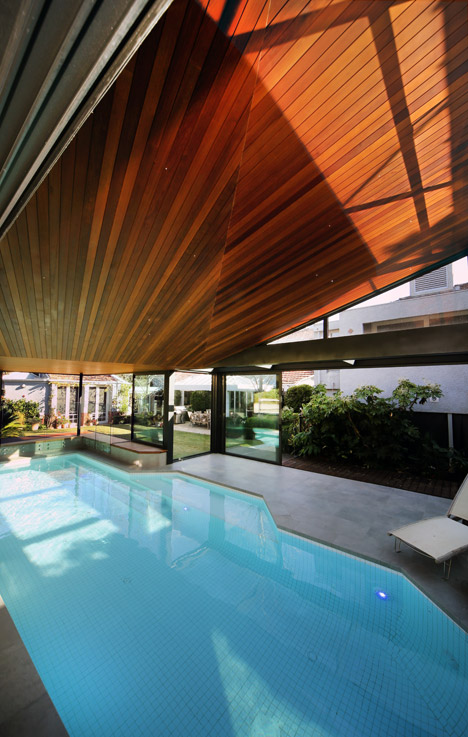 “Our clientele approached us to style an enclosure for their outside pool that would enable them to use it all year round,” explained the architects.

“The quick requested that the new developing respect the present architecture, and also engage with the other outdoor spaces, which include a lawn, an al-fresco dining spot, and a tennis court.” 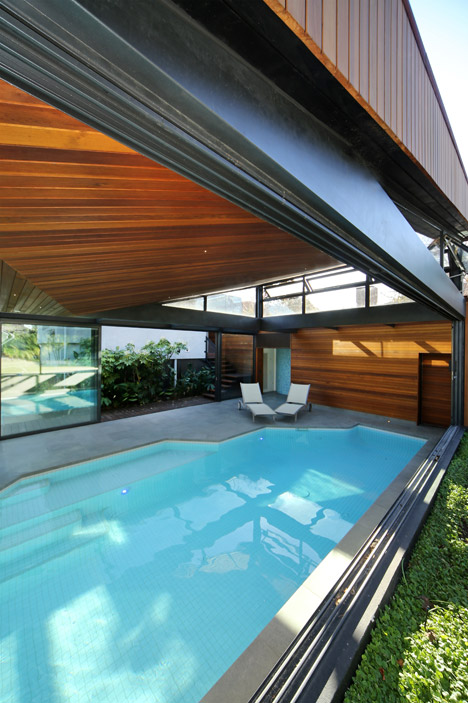 Taking inspiration from the Japanese paper-folding craft of origami, the team designed the timber and glass structure with thin folded planes, which contrast with the hefty masonry of the adjacent residence. 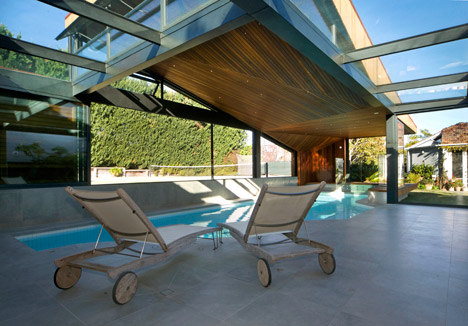 “The kind and resources of the current architecture – two ranges of stucco render and terracotta roof tiles – presents itself as huge and hefty,” they explained.

“The pool property is conceived as a permeable framework – sheltered but open, intimate nevertheless spatially voluminous.” 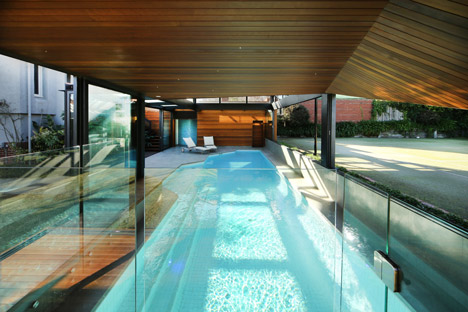 The 115-square-metre pavilion houses a shower area and toilet at one particular finish, and attributes large sliding glass doors on three sides so that it can be opened up in summer.

As well as enclosing the pool, the pavilion functions as a spillover room for backyard parties, when the sliding glass doors are opened and the constructed-in bench at one particular finish can be utilized as additional outdoor seating. 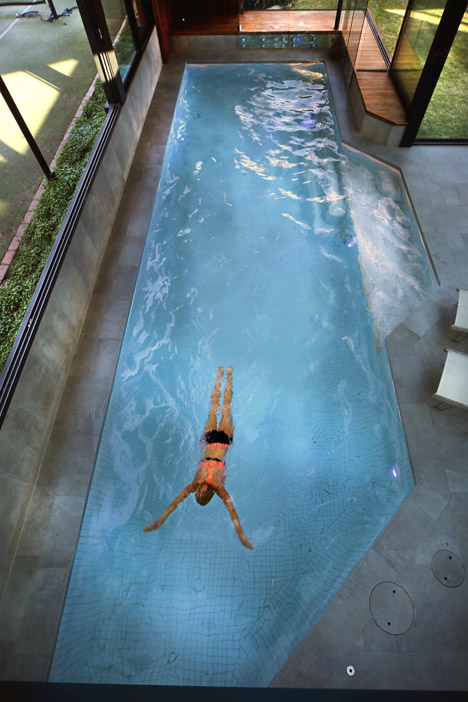 To carry more light within the pool home, Produced Group raised the roof greater at a single finish and added a row of clerestory windows.

The angle of the raised part was calculated to give a direct path of light across the pool in winter, when the sun is reduced, and a shorter path in summer season, when the sun is higher and stronger. 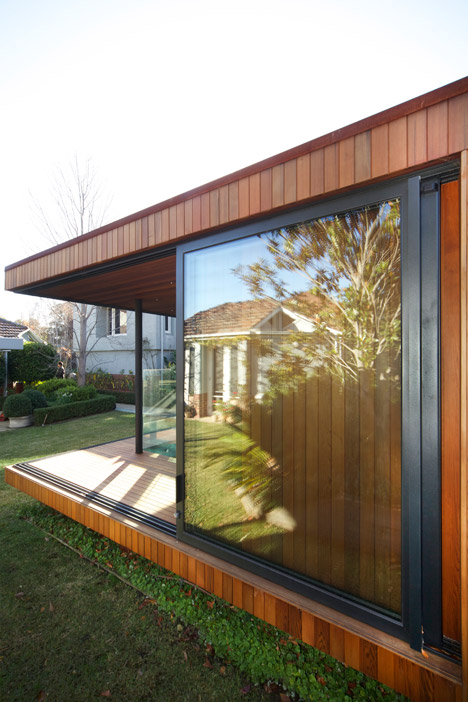 The alter in roof height from a single finish to the other was also inspired by the sea caves of Lagos, Portugal, which feature a contrast of dark constricted spaces and broad, light openings.

“Related to the sea caves, one can retreat to an intimate enclave at the southern end, or swim to an expanse of sun-filled volume at the northern finish,” explained the architects. 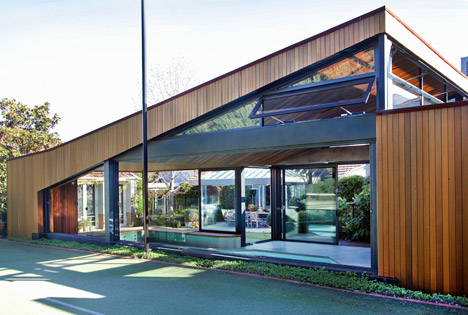 Other architect-made pool homes incorporate a glass box topped with a hefty concrete roof in Belgium and a mirrored structure in Portugal developed to disappear amongst its surroundings.

Photography is by Peter and Jenny Hyatt. 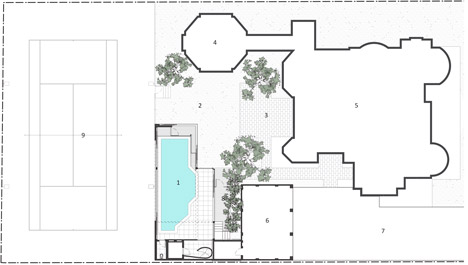 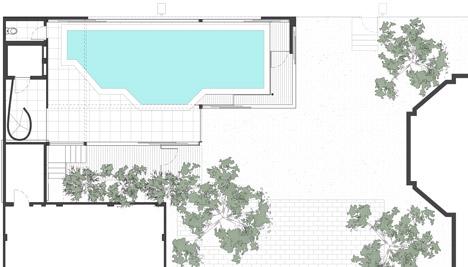