News: Irish architects Sheila O’Donnell and John Tuomey have been named as the 2015 recipients of the Royal Gold Medal by the Royal Institute of British Architects .

Sheila O’Donnell and John Tuomey, whose Dublin firm O’Donnell + Tuomey designed the Lyric Theatre in Belfast and the London School of Economics student centre, will become the third and fourth Irish architects to receive the accolade, granted annually by the RIBA to recognise a significant contribution to the profession. 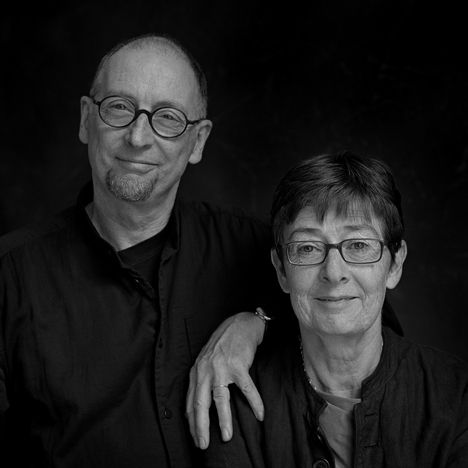 O’Donnell and Tuomey founded their studio in 1988 and have been nominated for the Stirling Prize a record five times – although they have never won – for projects such as the An Gaeláras Irish Language and Cultural Centre in Derry and the Lewis Glucksman Gallery in Cork.

The husband-and-wife team have described the award as an “unexpected honour”.

“We’re humbled to find ourselves in such a company of heroes, architects whose work we have studied and from whose example we continue to learn. We believe in the social value and the poetic purpose of architecture and the gold medal encourages us to prevail in this most privileged and complicated career,” they said. 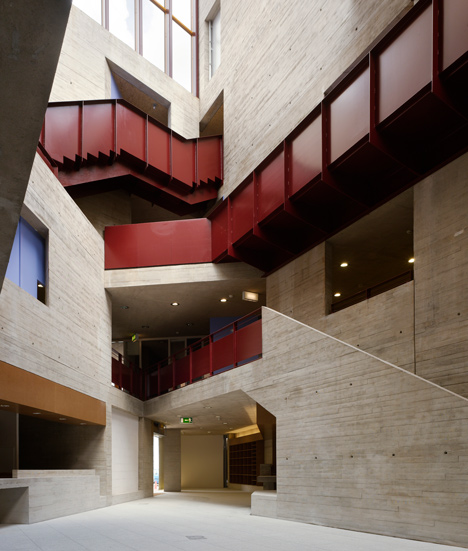 “They are vitally concerned with building in the public realm, something so neglected today, and that is perhaps their greatest strength,” said Rykwert.

“They have at no point rested on their laurels – nor are they likely to do so. I therefore look forward to many buildings of equally, even ever greater challenging excellence.” 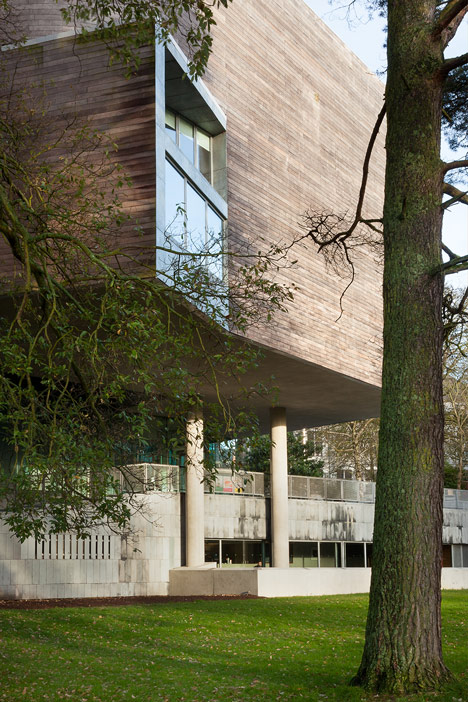 McLaughlin commended the pair for their “restless invention” and “desire to develop beyond what they know”.

“Sheila’s mind always returns to Terragni and the underlying order; John’s mercurial heart goes with Stirling, to mannerisms, paradoxes, collisions and irresolvable positions. We see in their best work a playing out between the desire for harmony and the pleasures of dissonance,” he said. 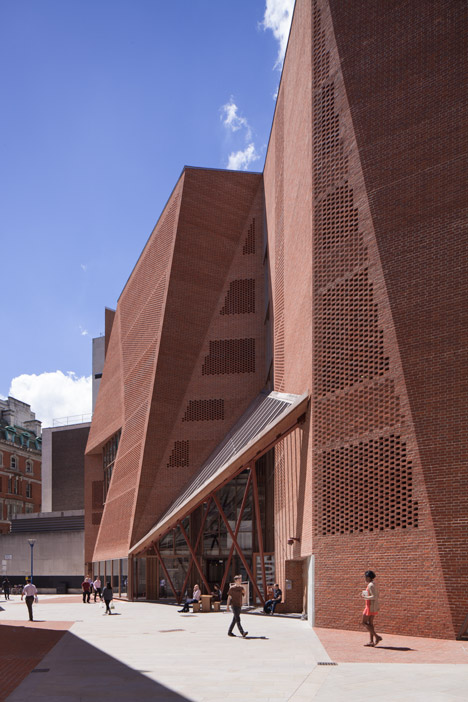 The 2015 Royal Gold Medal will be presented to O’Donnell and Tuomey at a ceremony at the RIBA headquarters in London on 3 February 2015. They will be the third husband and wife to be recognised with the award, following Charles and Ray Eames in 1979, and Michael and Patricia Hopkins in 1994.

“It is an absolute joy and inspiration to hear them describe their work, and always a delight to experience one of their buildings. Sheila and John are at the vanguard of contemporary Irish architecture and I am delighted they are to receive this lifetime honour.” 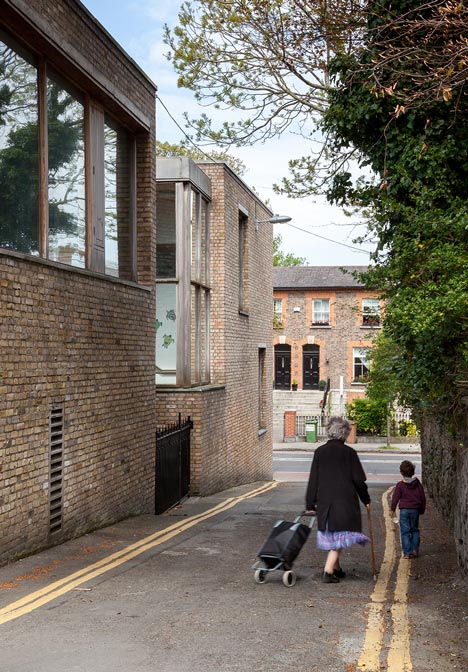 Other recent recipients of the award include Peter Zumthor, Herman Hertzberger and David Chipperfield.

Read on for the citation from Joseph Rykwert:

“In presenting the Royal Gold Medal to Sheila O’Donnell and John Tuomey, I am conscious that they are among the youngest recipients of the Medal, and moreover that it is forty years since it had been awarded to an Irish practice. In the meanwhile Irish architecture has flourished – particularly in their generation – with a commitment to the art and the craft of building which is the envy of our more populous island.

“What marks Sheila O’Donnell and John Tuomey’s achievement is that very commitment. They are, of course builders first of all: but they are writers and teachers as well as professionals, active through the Architectural Association of Ireland in whose recent revival they were instrumental, so that their presence on the Irish scene is a powerful one, and their influence as teachers and writers has been extremely important. 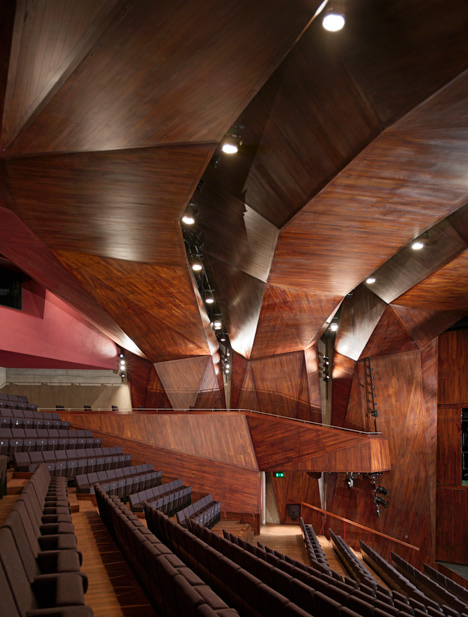 “Their connection to London and the London scene began when they worked for Stirling and Wilford and then for Colquhoun and Miller; but their first contribution in their own right was the modest but brilliant Photographers’ Gallery in Soho, and it was later asserted much more visibly by the – now celebrated – Saw Swee Hock Student Centre for the London School of Economics, a work of unique architectural distinction for that august institution, and a commission which they won against very stiff competition.

“The LSE Student House is visible from Kingsway and Lincoln’s Inn Fields – which makes it a very public building indeed. Its formal brilliance is enhanced by the skilful use of brick which sets up a dialogue between the calm, almost reassuring surface and the exhilarating dynamic of the volume that it encloses. Despite this formal brilliance, the architects’ commitment to ecological parsimony remains a constant of all their work. In shortlisting the building for the 2014 RIBA Stirling Prize the judges said, ‘In the midst of a complex mediaeval London street pattern O’Donnell and Tuomey have woven a little of their magic. This remarkable project is an object lesson in mobilising the limitations of a site into a startlingly original building which makes a massive contribution to its townscape.’ 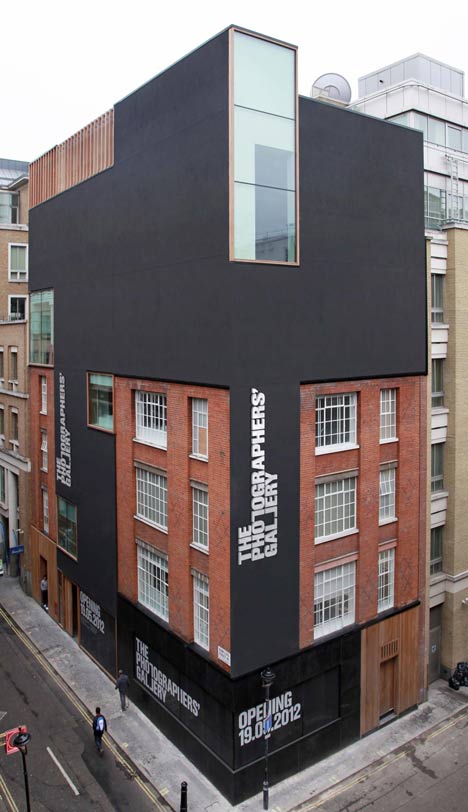 “Brilliance marks their Lyric Theatre in Belfast as well; again the almost commonplace brick surface links it to its surroundings, and is in dialogue with the inviting intricacy of a complex but easily accessible public building, elegantly sited to form an angle with the embankment of the Lagan river.

“I have chosen to mention these buildings partly because they are of all their works the most familiar to m
e, but also because they represent the range of their activity as well as its character and show an inspired response to a complex brief. The practice began, as is usual with a miscellany of work: the Dublin film and photography commissions, a golf course in County Down and a private house in Navan. More houses followed, in Howth and Killiney, but soon John and Sheila were working on schools (the Ranelagh Multi-Denominational School and Cherry Orchard School, both in Dublin) public housing (Galbally village extension and Timberyard Social Housing, Dublin), and community buildings (the Sean O’Casey Community Centre, Dublin – both these latter two shortlisted for the RIBA Lubetkin Prize) and An Gaeláras Irish Language and Cultural Centre in Derry. 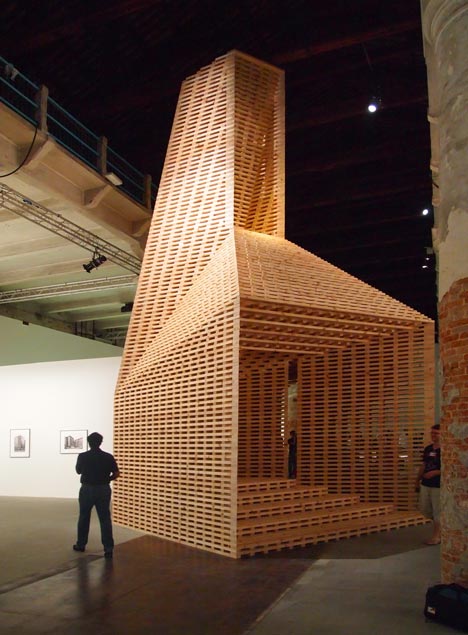 Vessel at the Venice Architecture Biennale 2012

“They are vitally concerned with building in the public realm, something so neglected today, and that is perhaps their greatest strength. The other important element seems to me just as crucial, and it is seen in the dialogic character of their activities. The conversation is first of all between the two of them, but it asserts itself equally in their work from the outset, so that the interpretation of their clients’ needs becomes the dominant, the directing motif of the design, and remains characteristic of the much more complex recent buildings, where – as in the very intricate LSE centre – the visitor’s path turns into a magnificent reading of the functional variations.

They have at no point rested on their laurels – nor are they likely to do so. I therefore look forward to many buildings of equally, even ever greater challenging excellence.”