Angular shapes have been sliced out of the planks of smooth maple that encase a staircase at the centre of this Montreal renovation by Naturehumaine . 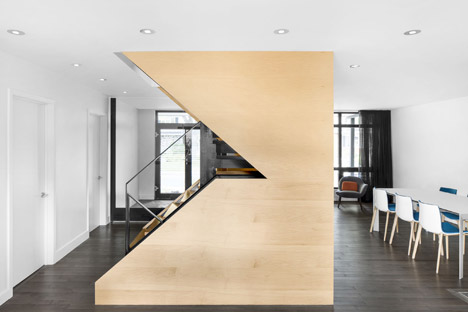 The staircase types part of a refurbishment of a 1960s family members residence, named Closse Residence, by local studio Naturehumaine.

Situated in the suburban region of Saint-Lambert in Montreal, the pitched-roof property was initially designed by the client’s father, but following 50 years was in need to have of modernisation. 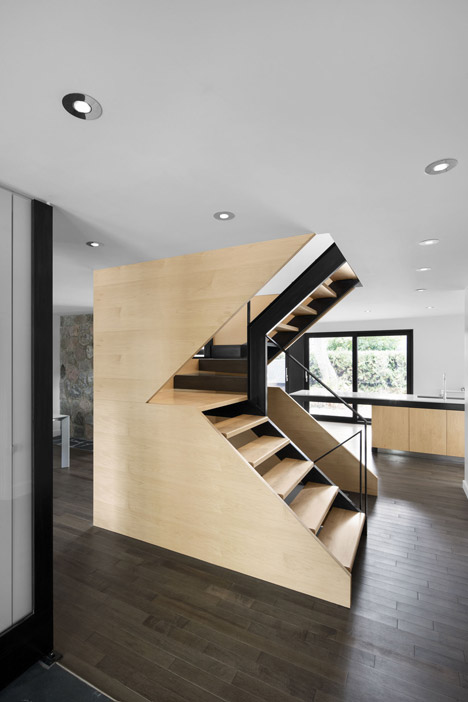 The architects opened up the plan by removing partition walls and added the new staircase to generate a focal point for the space. They also restored the exterior, adding a new steel roof and dormer for an upper floor bathroom. 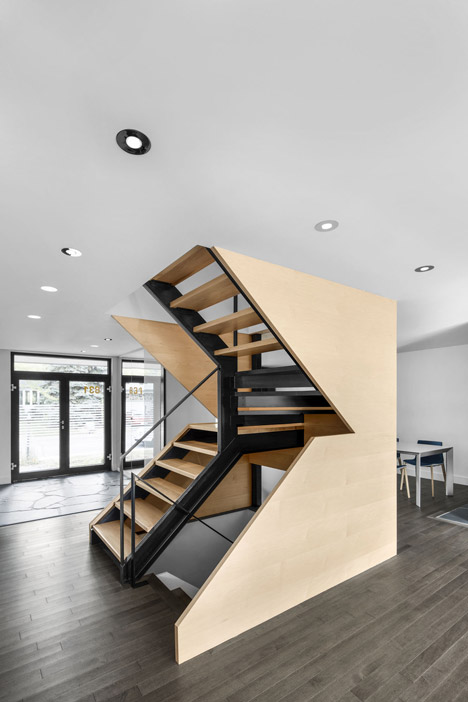 “The existing geometry of the home is dominated by its huge gable roof, so the notion for the stair was to function with a triangular geometry,” studio architect Stephane Rasselet told Dezeen. 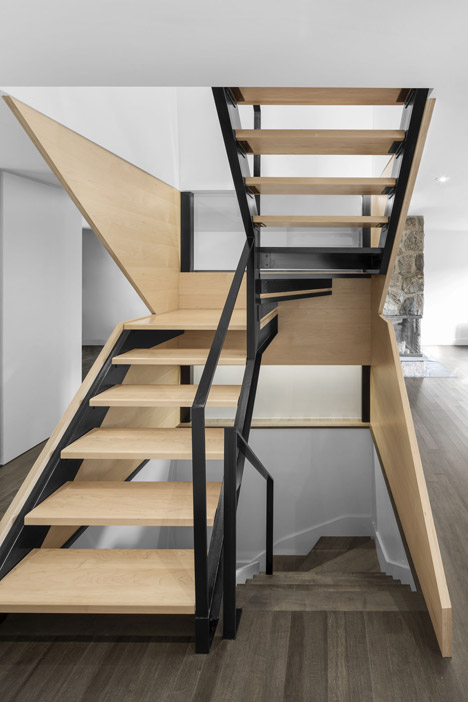 “The stair is visible from outside the house exactly where its partnership with the roof can be viewed.” 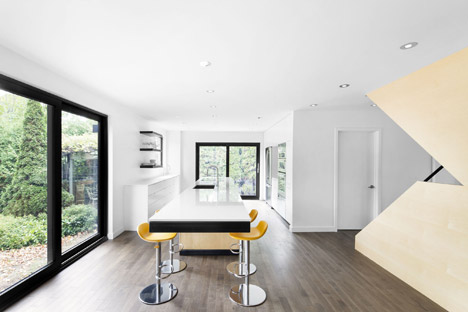 Big glazed patio doors inserted in the south facade provide exterior views of the staircase. The property also characteristics an L-shaped porch, supported at its outer edge by a row of slim black columns and at its inner edge by the brick and timber walls, and a tall stone chimney stack. 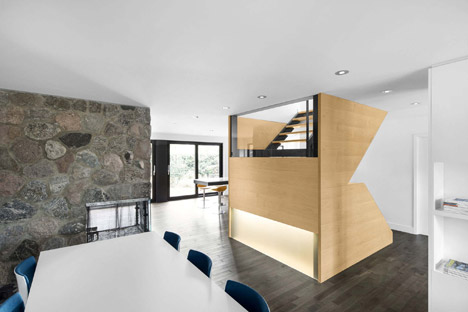 The angular maple veneer enclosure for the staircase has two frosted and clear glass inserts, and the stairs have black steel balustrades and wide maple treads. 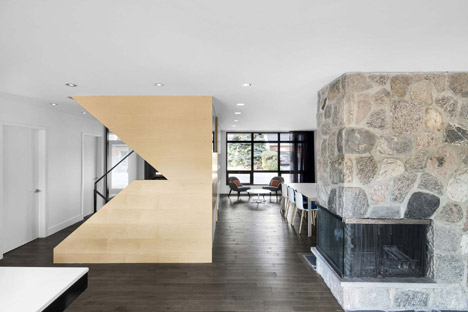 “The stair acts as a lantern, lighting the dining location with the use of recessed lighting and frosted glass,” said Rasselet. 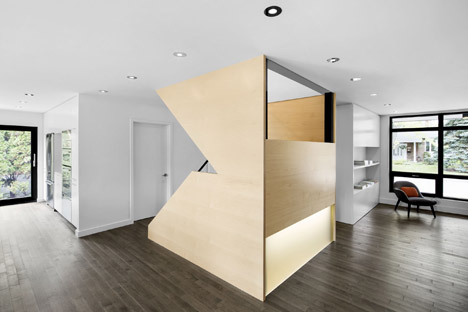 To one side of the staircase, a white countertop extends 2.four metres off the end of a kitchen island to provide a dining table, merging the preparation and consuming spaces. 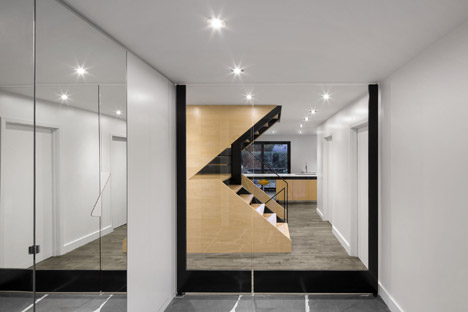 A bigger dining table sits in front of a stone wall with a restored corner fireplace. 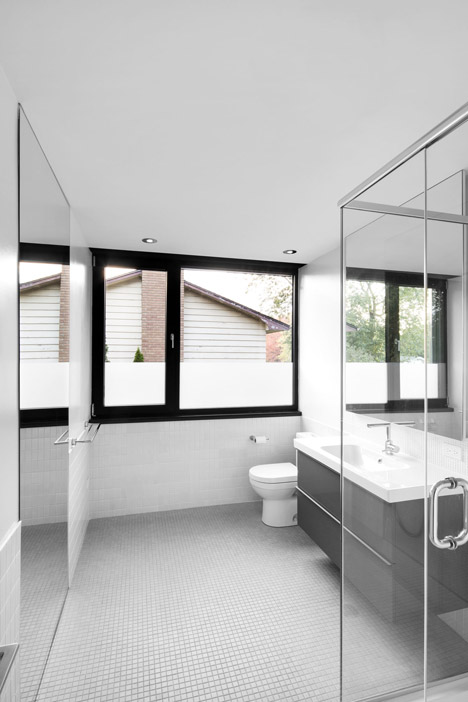 Panels of mirror are utilised throughout the space to maximise the light from the huge black-framed windows, but downstairs the original basement has been left intact. 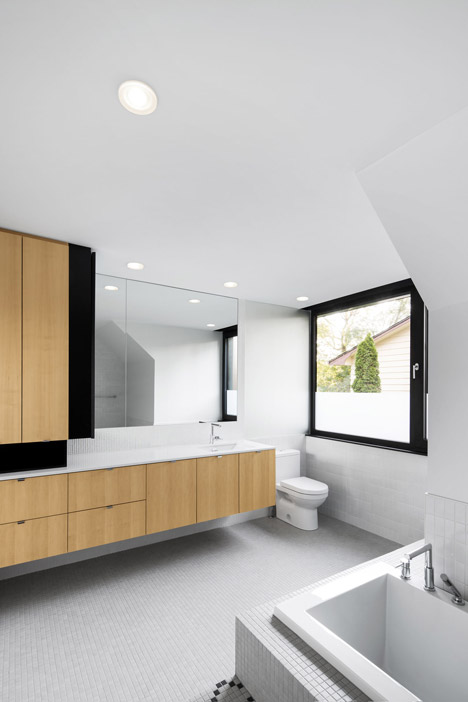 “One particular of the client’s demands was to maintain the basement untouched and exactly as how his father had built it. A serious contrast with the rest of the residence,” said Rasselet. “Even now when the parents come pay a visit to, they take pleasure in spending time in the basement reminiscent of their past.” 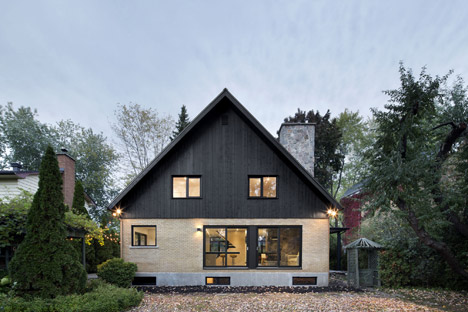 Photography is by Adrien Williams.