MVRDV created an urban centre in the heart of “company-park suburbia” with its UPV Munich workplace park, says studio co-founder Jacob van Rijs in the third movie from our exclusive series (+ movie).

The Rotterdam-based firm won a competition in 1999 to design the office park on the outskirts of Munich. The very first phase concerned the building of 9 buildings – five by MVRDV and an additional 4 by regional firm Lauber Architekten. 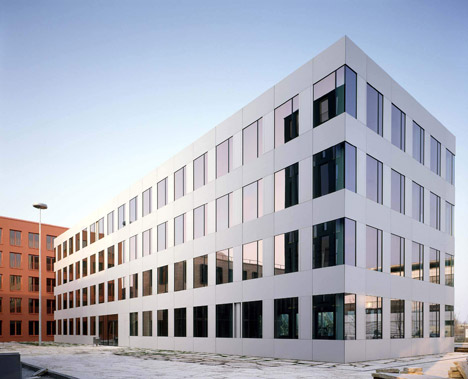 The main aim was to recreate the effective elements of a city-centre complicated, even although the project is positioned out of town. This led to to each building being given similar but exclusive characteristics, with each other forming a heterogeneous ensemble.

Associated articles: see all our stories about MVRDV

“The essence of it is primarily like an office village,” says Van Rijs in the film. “Each developing is a rather straightforward box-like shape with one particular facade, and every single constructing has a distinct component that differentiates it from the rest – this can be a colour, it can be a materials, or a texture of the facade.”

“You see a kind of office-like atmosphere in a different setting, by some means a variety of urbanity in the middle of a enterprise park suburbia,” he adds. 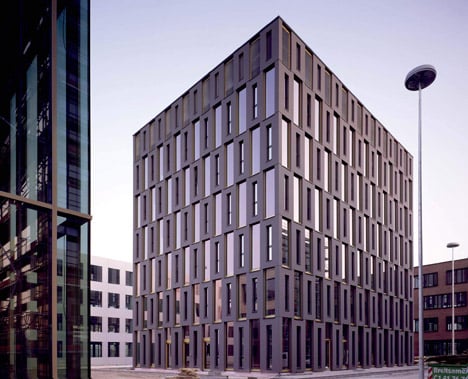 The complicated is occupied by a combine of diverse tenants. There is only a single auto park, forcing both workers and visitors to walk around the complex and enter the buildings by way of the front door, rather than making use of elevators or stairs from basement parking levels.

“People have to park a car and walk to the front door of the workplace like you do in a regular city, you walk out on the street and then you go into the creating,” explains Van Rijs. “You see colleagues, people from other businesses, you see daily life on the street.” 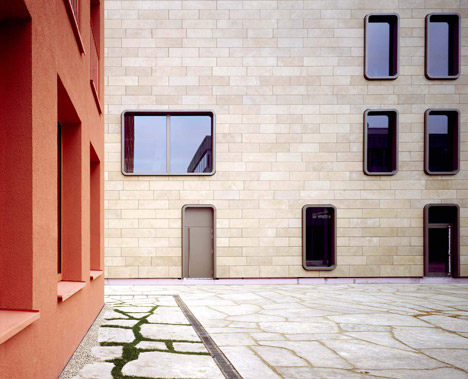 Inside, the workplace floors were developed to be the two versatile and adaptable, and distinct buildings can be linked via connecting basements. There are also rooftop gardens, making spaces where staff can get time out from their perform.

“I like it when you are in different corners of the creating, you search outdoors and you always see a different combination of facades in a image frame,” adds Van Rijs.

The venture was finished in 2003, ten years after Van Rijs co-founded MVRDV along with partners Winy Maas and Nathalie de Vries. 1 of the studio’s very first significant tasks was Villa VPRO, a public broadcasting centre in Hilversum, even though later on effectively-identified tasks include the Glass Farm store and workplace complex and the Markthal in Rotterdam. 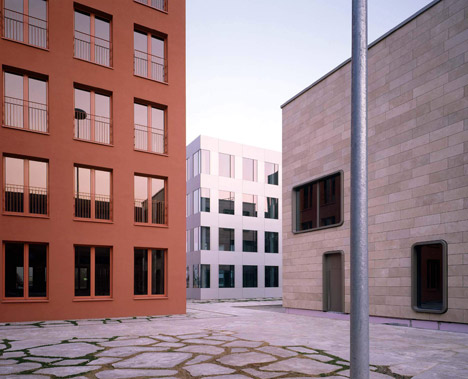 This movie is the third in a series produced by MVRDV. The 1st reveals the story behind Book Mountain, a library contained within a glass pyramid, whilst the 2nd displays the transformation of a Neoclassical chapel into a museum entrance.

Photography is by Hans Engels.