News: MVRDV has been granted organizing approval to overhaul a 1970s complex in Paris, which involves adding a new facade of colourful stacked boxes to an present shopping centre.

The Rotterdam-based studio plans to renovate and extend Vandamme Nord, part of the Ilôt Vandamme block created by French architect Pierre Dufau, to “reintroduce the misplaced human scale” and give the complex a new identity.

Bounded by Rue Mouchotte, Avenue du Maine and the rail tracks of Gare Montparnasse, the triangular Ilôt Vandamme was of the biggest urban design tasks in Paris at the time. Most of the site is taken up by a horizontal slab block, but the 30-storey Pullman Hotel rises up on 1 side.

MVRDV plans to renovate the purchasing centre, offices, hotel, library and underground automobile park, but also add housing, a kindergarten and a conference centre. The aim is to modernise the site, improving pedestrian connections. 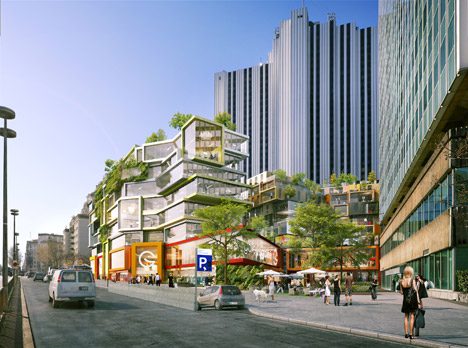 “This venture is a fantastic opportunity to insert a minor bit of human scale into a megalomaniacal 1970s development in the quite heart of Paris,” explained Winy Maas, one particular of the three founders of MVRDV. “We will carry order to the complex creating, making it available from all sides and intensifying its use through a larger density of packages.”

The current buying centre facade will be replaced with an assortment of glazed boxes, varying in shape, dimension, colour and materials. MVRDV believes this will assist to break down the massing of the creating.

Fitting in with the present structural frame, these boxes will current all of the building’s diverse employs, but are also made to be versatile to suit a altering programme. 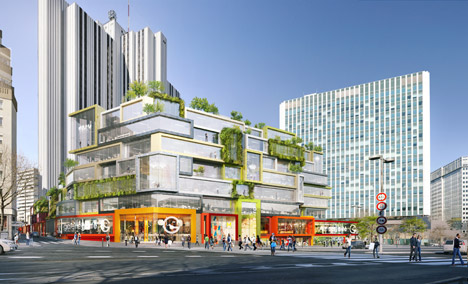 “On its facade the developing will show all of the actions that are going on inside,” said Maas. “For this we have designed a catalogue of facade-components that are exchangeable, so that the entire ensemble can respond flexibly to alterations in use more than the coming years.”

The retail offering will also be extended, with additional entrances created on Avenue du Maine to the east and Rue Mouchotte to the west.

Approximately 150 scooter parking spaces will be added within the 6-storey underground car park.