The roof of this brilliant red tennis clubhouse by Rotterdam company MVRDV doubles up as an expansive seating area for game spectators . 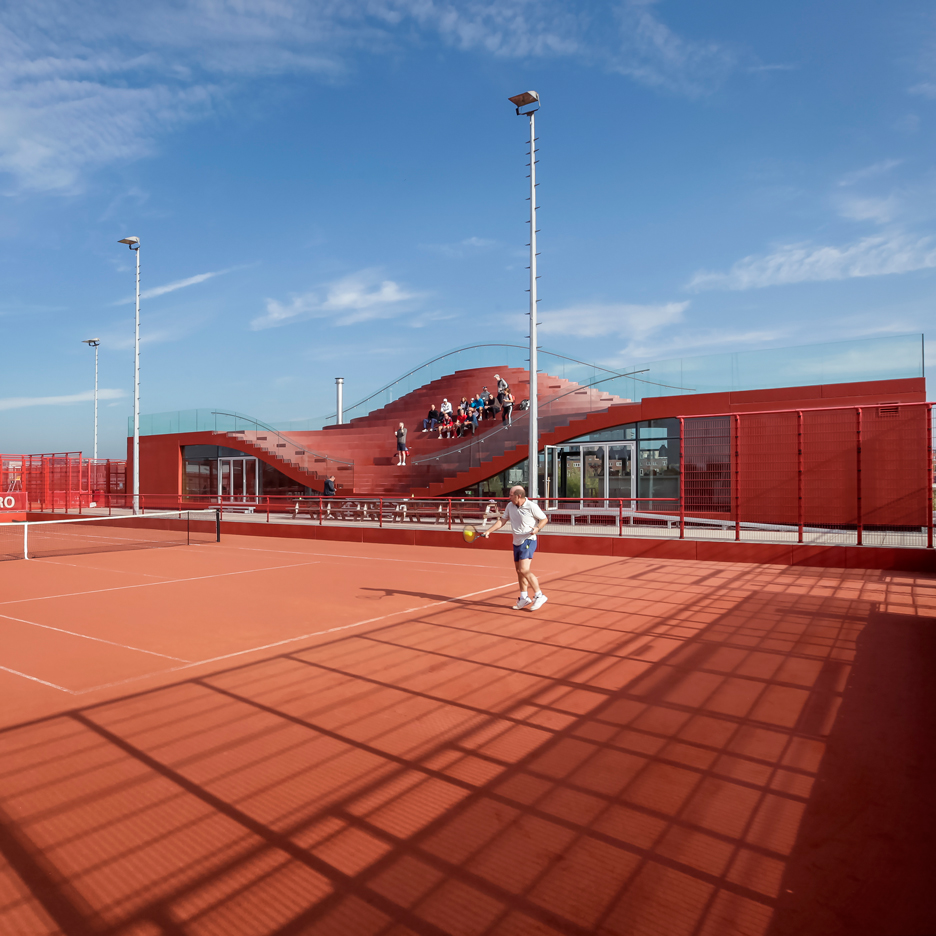 Situated in east Amsterdam on a single the artificial islands that make up the city’s IJburg neighbourhood, the creating provides a new facility for a tennis club established in 2008, which already has ten clay courts and a tennis college. 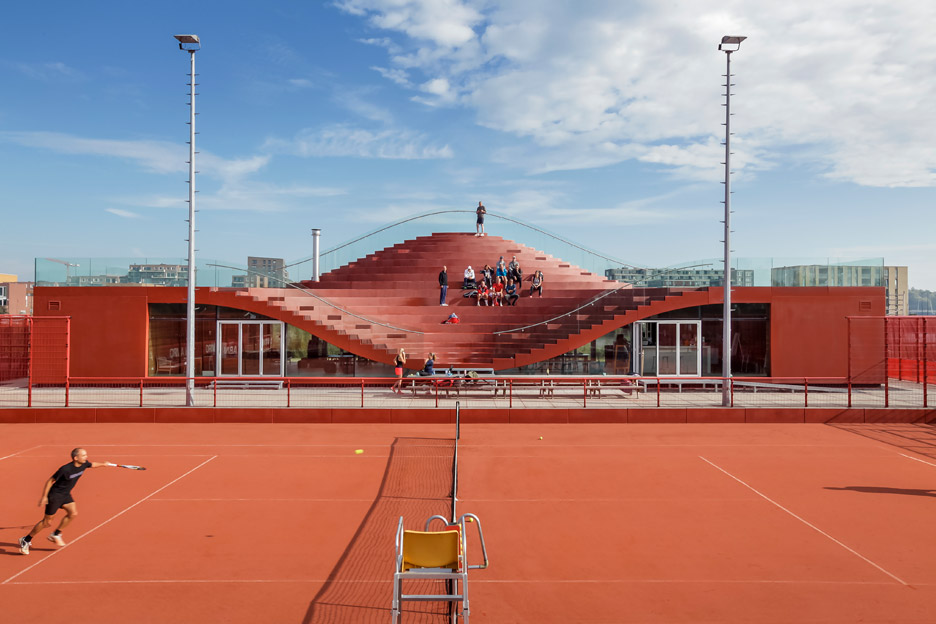 Rather than building a straightforward rectilinear construction, MVRDV felt the constructing could also integrate bleacher-style seating, encouraging visitors to clamber up onto the roof and watch the games speaking area alongside. 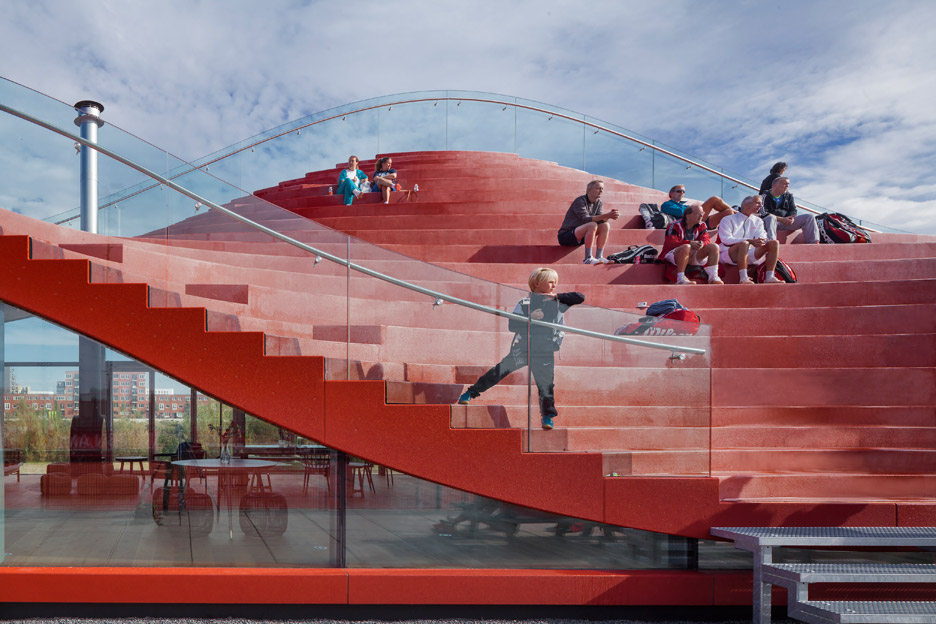 To enable this, the curved roof is raised up on the rear north side, but dips all the way down to ground level at the south-dealing with front.

This creates a bowl-like seating area with methods spanning its entire width. It also inspired the name, The Sofa. 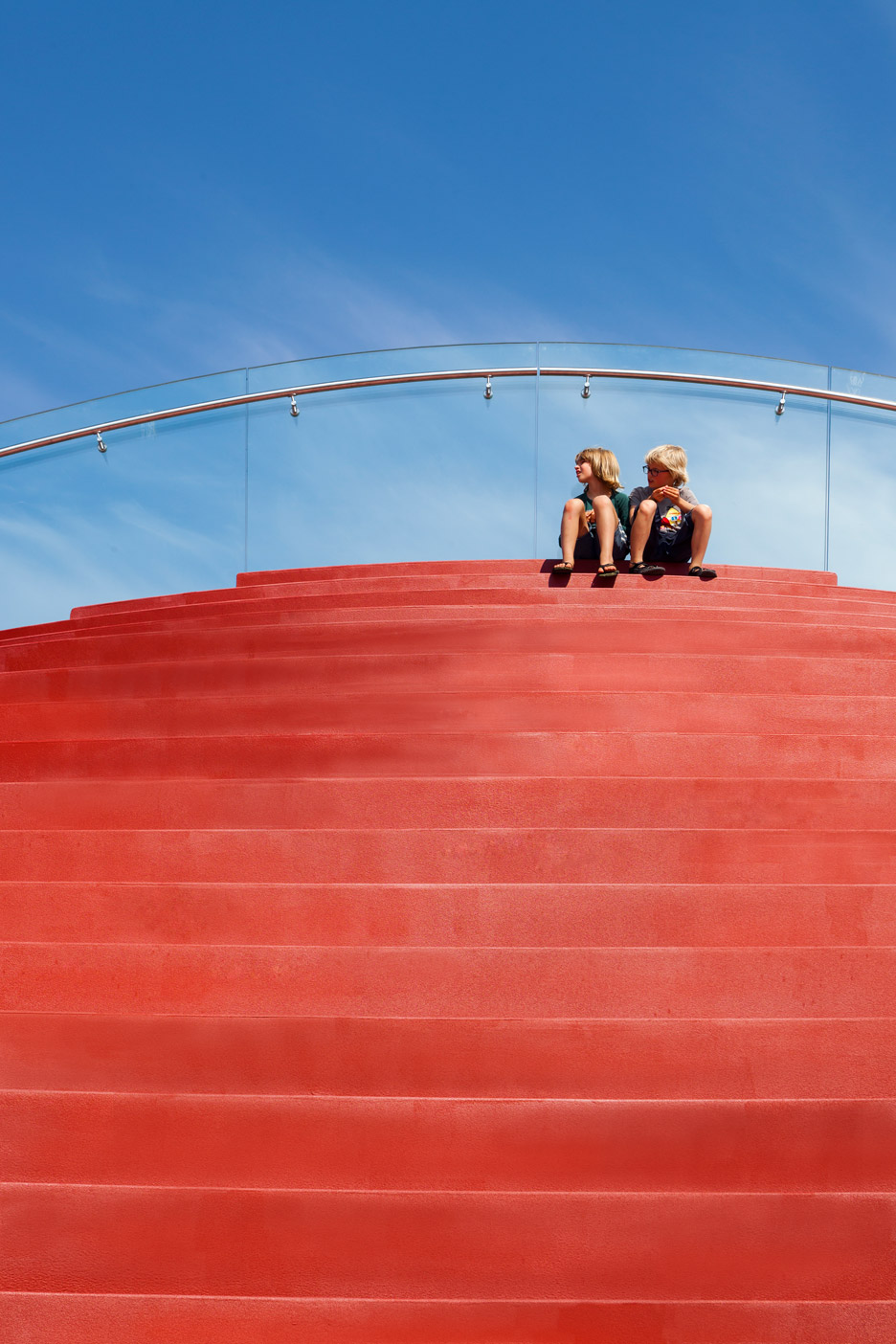 MVRDV – whose past tasks consist of a horseshoe-shaped market hall and a commercial constructing disguised as a farmhouse – describes this rooftop as “an informal tribune”. It can seat up to 200 individuals.

Associated story: Golf clubhouse made by GRAS to resemble “a rock in the middle of the program”

“The roof of the clubhouse is folded upwards and downwards to act as an informal spectator tribune for the club, with views onto centre court in one particular route, and out above the IJburg on the other,” mentioned the studio. 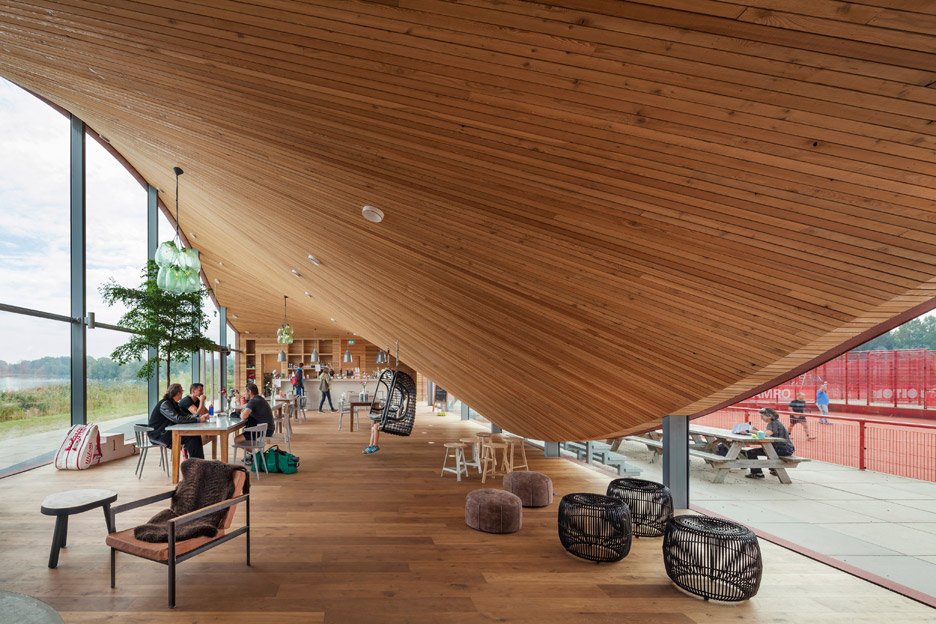 IJburg consists of six islands artificially raised from the IJ Lake, and much more are due to be developed in the future. Numerous new buildings have been finished in the spot in excess of the last handful of years, including a residence with a glass facade and an all-timber residence. 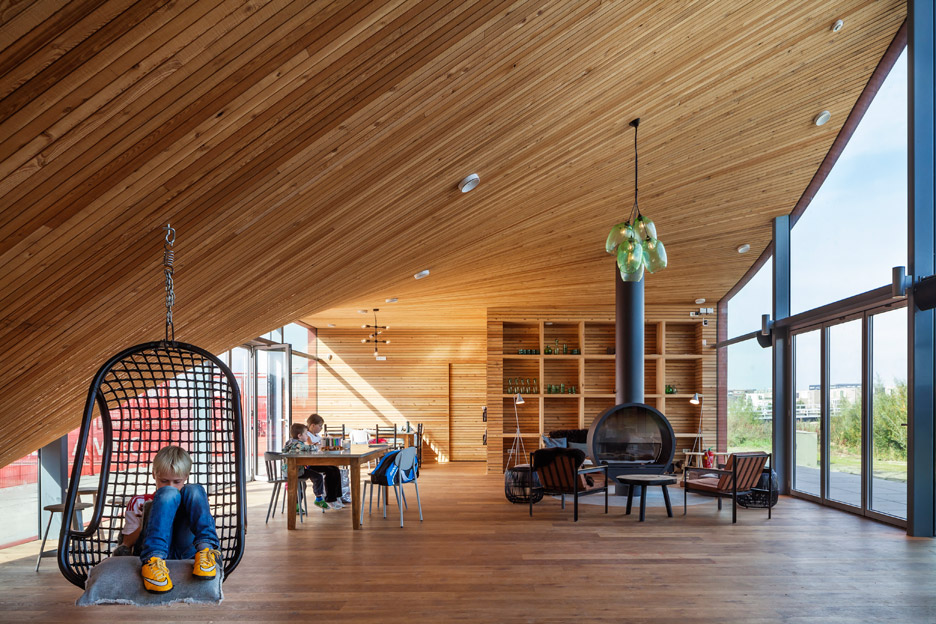 MVRDV very first unveiled its layout for The Sofa in 2013. The building measures 36 metres in length.

The ends of the construction house utility places, which includes shifting rooms and kitchen services, freeing up the central space for different events. 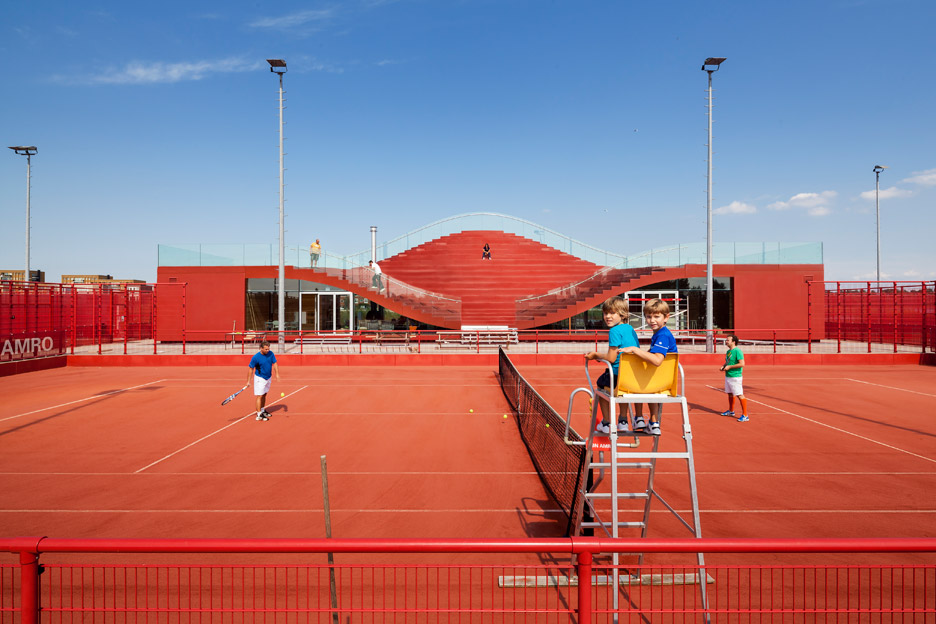 Glazing is concentrated along the extended front and rear walls, bringing in a lot of organic light and allowing views proper through the creating.

The building’s vibrant red colour comes from a polymer spray coating that covers its cast-concrete framework. This makes it possible for it to match the red clay of the tennis courts. Inside, the underside of the roof, the floor and the finish walls are covered with timber. 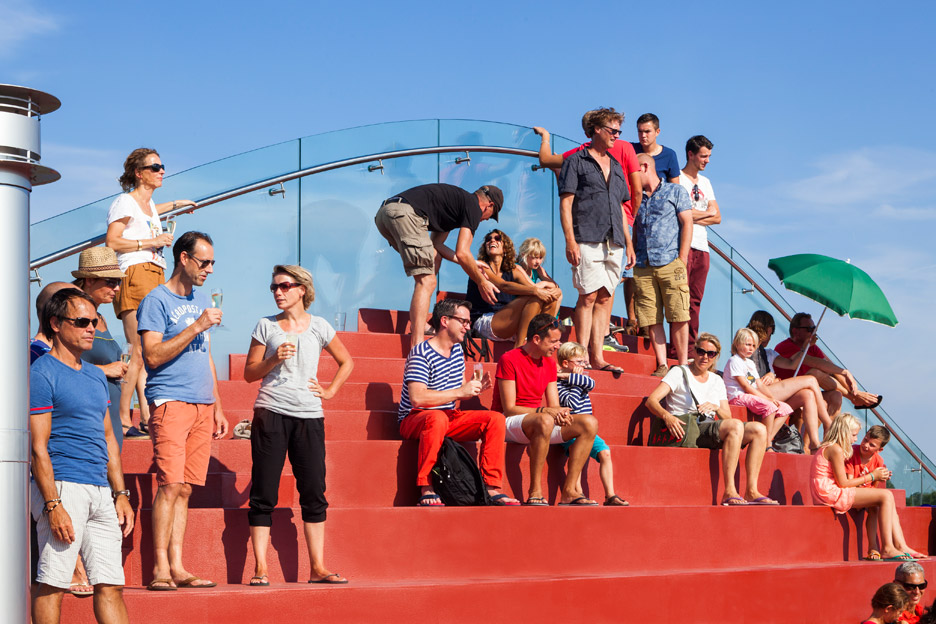 The venture was finished in partnership with regional firm Studio Bouwkunde. It is MVRDV’s eighth undertaking to be built in Amsterdam, with others such as the polychromatic Silodam apartment building and the Parkrand housing development.

Photography is by Daria Scagliola and Stijn Brakkee. 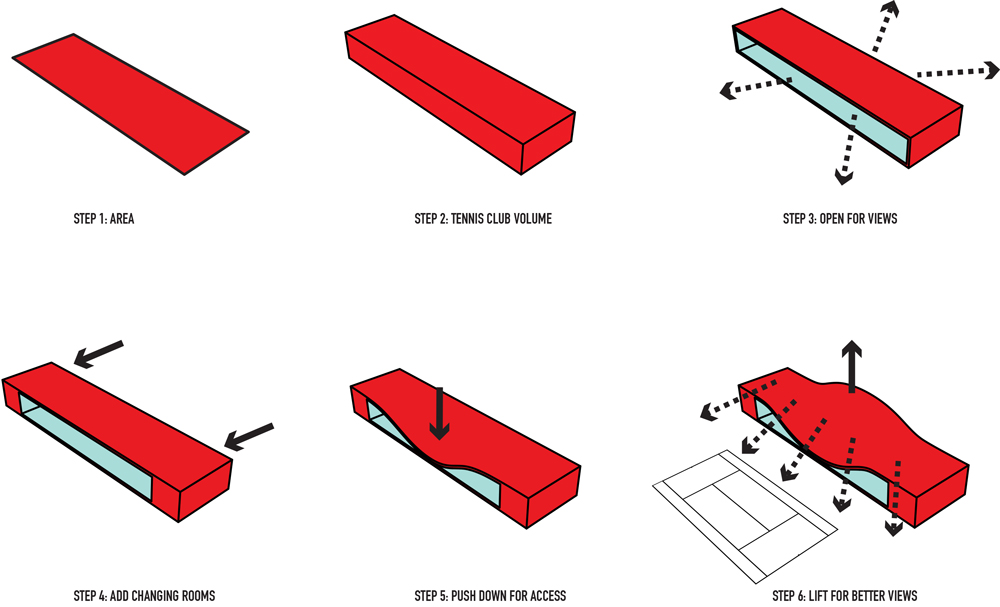