This cafe in the Iranian capital is created to act as a semi-public venue in the city, in which open gathering spaces are starting up to grow to be common yet again after many years of heavy policing (+ slideshow).

The cafe in Tehran’s Mirdamad neighbourhood was developed by Sanaz Ghaemmaghami and Mojtaba Zaheri of local studio Modaam Architects for the Amir Chocolate coffee shop chain.

“In a megalopolis like Tehran the public sphere progressively fades, affected by political and social elements,” stated the architects. “The Amir Chocolate + Urban Cafe is an try to generate public area in the heart of Tehran’s dense urban context.” 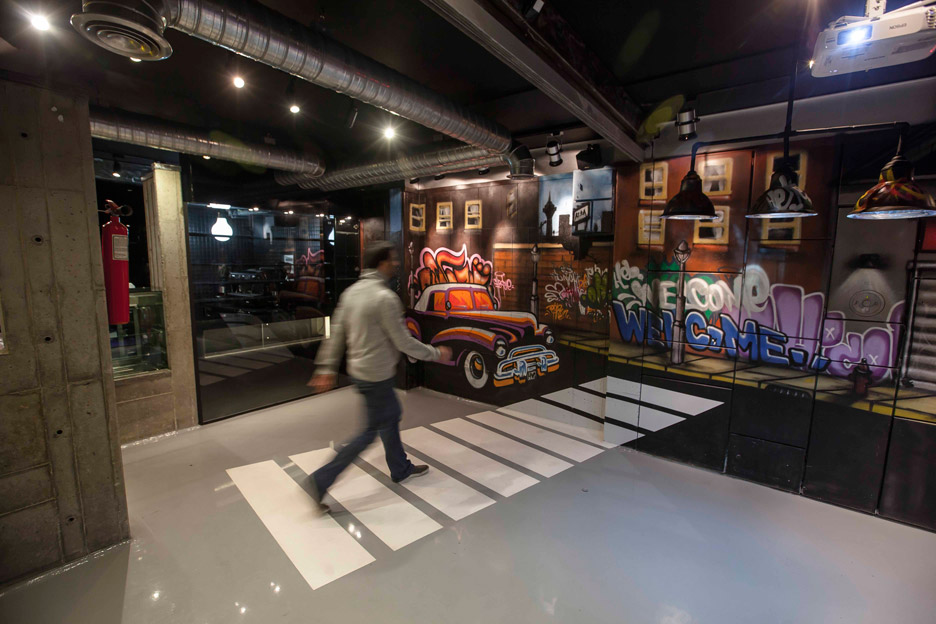 The cafe attributes a removable glass frontage that enables the interior to extend onto the adjacent pavement. These glass partitions are fixed to a track in the ceiling so they can be fully removed to one particular side or set back to form a screen that exposes part of the interior to the street.

Tehran’s public spaces became unpopular for socialising soon after the repression of post-election protests in 2009 and the subsequent heavy policing of public codes of carry out, like the sporting of veils outside the property. Numerous Iranians chose to check out every other at residence rather.

But with the election of a moderate president and the signing this 12 months of a nuclear agreement with the USA, Tehranis are paying time out of their properties once again, according to the New York Occasions. 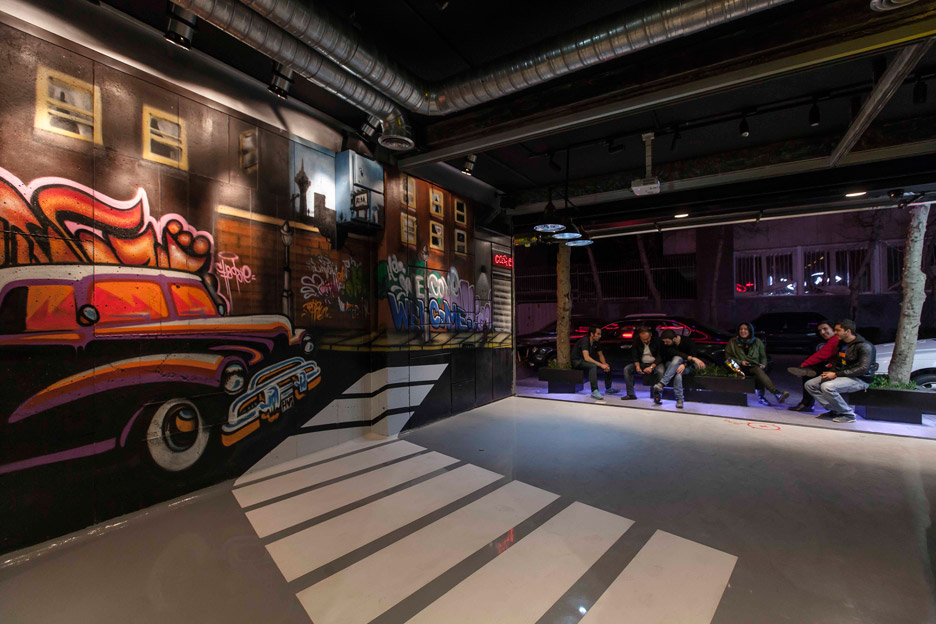 Boxy planters surrounding the bases of trees outside the Amir Chocolate + Urban Cafe offer appropriate perches so visitors can eat and drink at tables set out on the pavement. According to the architects, this type of al fresco experience is nevertheless rare in Tehran.

“I feel for anybody residing outside Iran it is standard to sit along the sidewalk and drink coffee, but there are several social and political elements that make this practically impossible in Tehran,” Ghaemmaghami told Dezeen. “By developing the cafe we attempted to bring folks out of the closed interior to the street.” 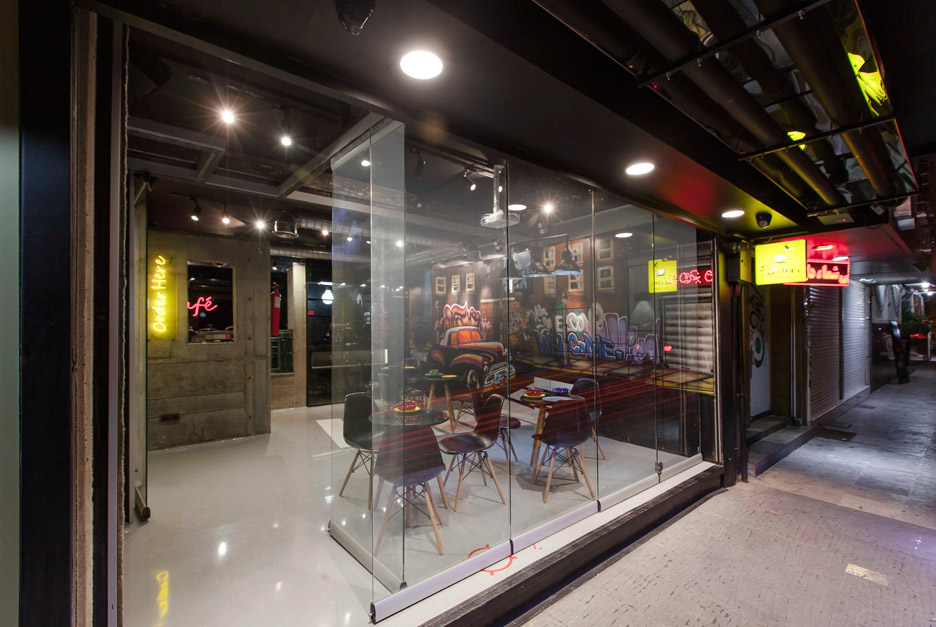 A graffiti mural utilized to 1 wall of the cafe depicts a typical urban scene, featuring a road, automobile and a glimpse of the city’s Milad Tower.

When viewed from the proper angle, a striped pedestrian crossing painted on the floor seems to continue into the painted scene, creating an illusion of depth inside the room. 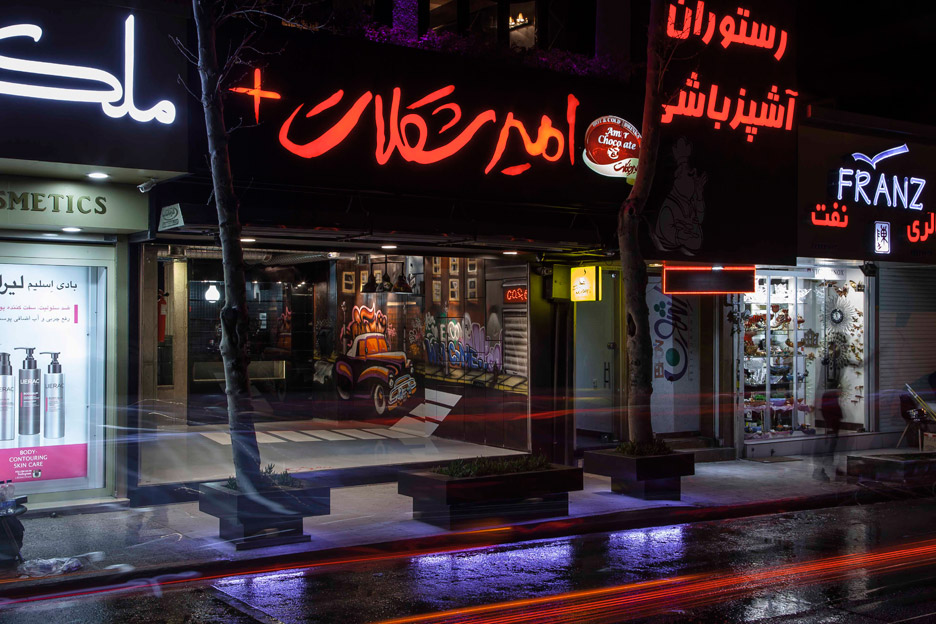 “Painting the walls of the cafe with the murals of a streetscape was our remedy to appeal to people to this colourful illusion of the city,” Ghaemmaghami added.

The rest of the interior characteristics a pared-back aesthetic that references its urban context, with exposed ducting, raw concrete and graffitied lampshades complemented by neon signage.

Orders are taken at a rectangular opening in 1 of the concrete walls, whilst the kitchen and serving location are visible at the rear of the area. 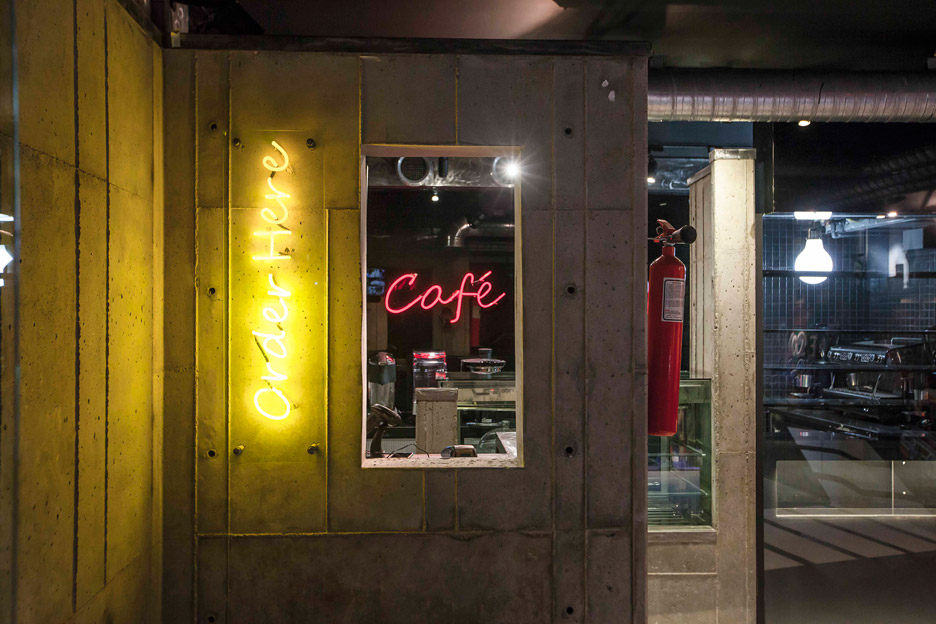 The architects described the cafe as a pilot project aimed at “generating a area to talk and socialise,” which demonstrates the likely for tiny, independent interventions in the city’s public realm.

A small store and cafe in Tokyo also features sides that open straight onto the pavement, even though a former driveway in Sydney has been converted into a narrow cafe with a mural of comic-book characters on one particular wall.

Photography is by Alireza Behpour.