These tiny pebble-shaped seaside cabins by Korean studio Yoon Space Style are made to be easily transported from beach to beach . 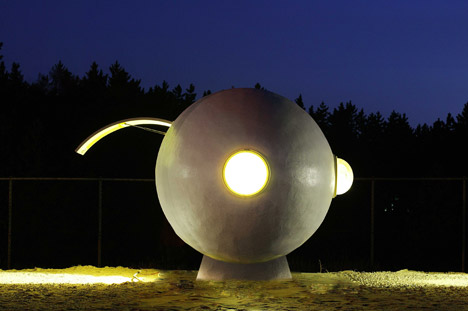 Yoon Space Design has installed eight of the white ovoid pods on a sandy beach in Yangyang-gun, a county in the Gangwon-do province of South Korea. Every single of the tiny portable seaside retreats has a floor area of two square metres. 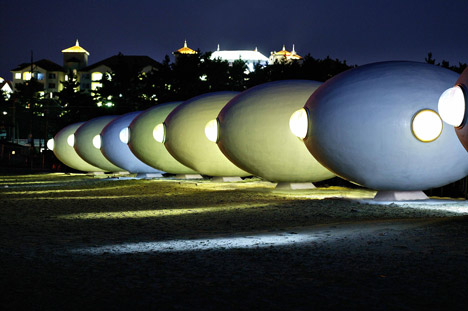 Named Albang, the lightweight structures were hand-whittled from blocks of polystyrene, making them light enough to be effortlessly transported to different seaside areas. They can be stabilised by becoming mounted onto small podiums. 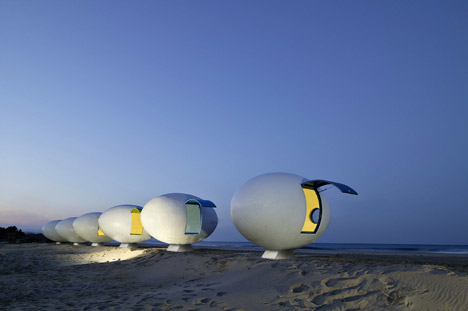 “We constantly dream to travel and take a rest in distinct areas,” mentioned the architect. “This project was planned to make a in no way-seasoned space, not hotel, tents or camping vehicle.” 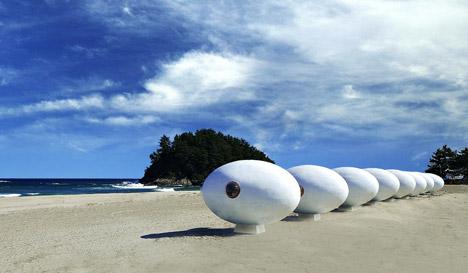 The blocks of expanded polystyrene (EPS) – the foam-like substance often utilized as packaging material – have been hand-carved rather than moulded to give the surfaces of the final forms a textured finish.

The material was chosen by the architect for its resilience to seaside situations, its low expense and light weight. 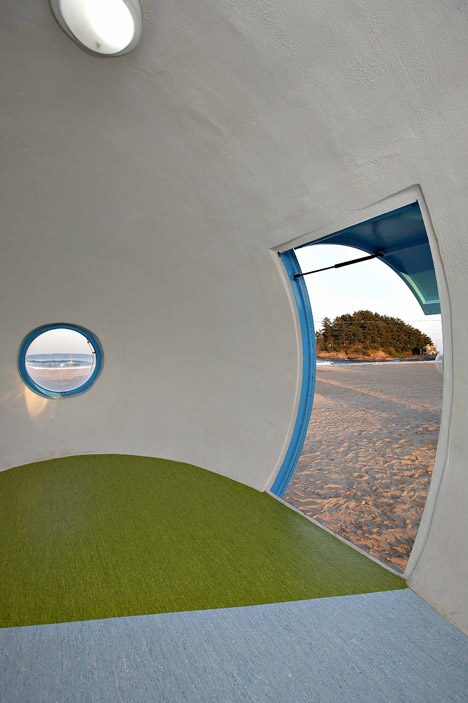 Colourful curved hatches open upwards from the side of each white cubicle and are supported on long metal hinges. 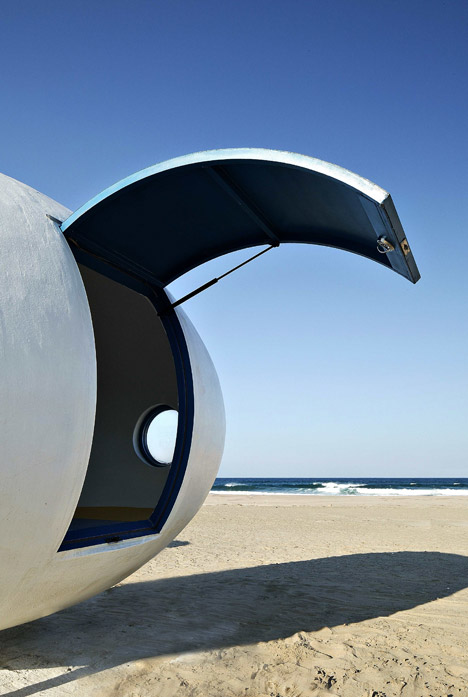 “Albang appear the identical, but each and every of them has different colours on the door to have their personal unique traits and are named by their colour,” said the architect. 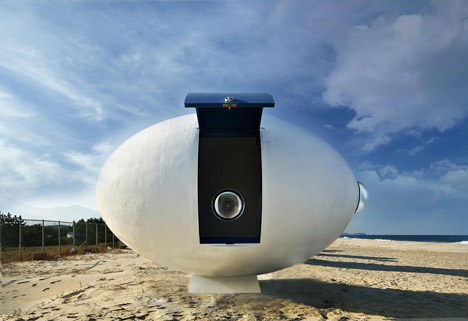 Modest domed windows with brightly coloured frames point towards the shoreline and neighbouring cabins. The porthole windows lever outwards to let in the sea breeze, and at nighttime the protruding glass circles glow like beacons from the light inside. 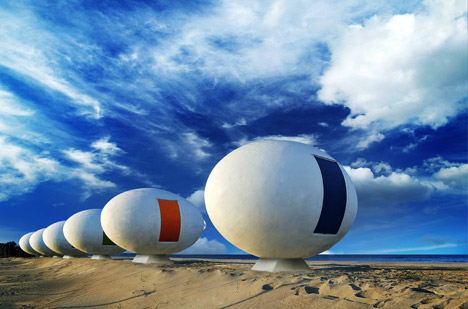 Inside, the textured hand-formed white walls are contrasted with flat floors covered in diagonal slices of sap green and sky blue linoleum.