A hammer that persistently strikes a stone and a “breathing” vacuum-packed sponge are amongst the moving sculptures that Norwegian studio Kneip has set up at a Viennese workshop (+ movie). 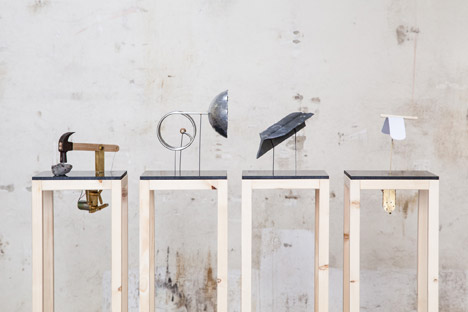 Objects of Curiosity was made as part of Vienna Design Week’s Passionswege programme, for which regional and worldwide designers are paired with a Viennese manufacturing company to create objects or installations.

Oslo-based Kneip, which has previously made a series of sculptural atmospheric sensors, was teamed with water-jet cutting firm PEGA-lower Schneidetechnik. 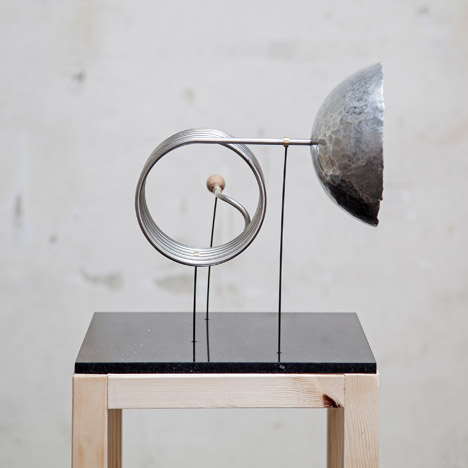 The company’s machines reduce stone, metal, wood and ceramic into any two-dimensional type.

The studio’s founders Jorgen Platou Willumsen and Stian Korntved Ruud employed resources located in the workshop and extra aspects cut with the machines to make nine “experiments”. Each and every consists of motion, sound, motors or magnets in numerous ways and combinations. 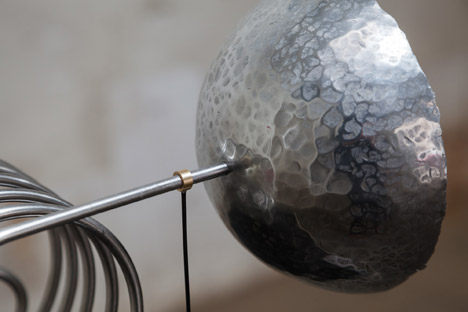 “The mechanical structures are inspired by the industrial way of working,” Ruud told Dezeen.

Their task is based on a Wunderkammer, or curiosity cabinet, and the range of distinct small objects that are often identified within. 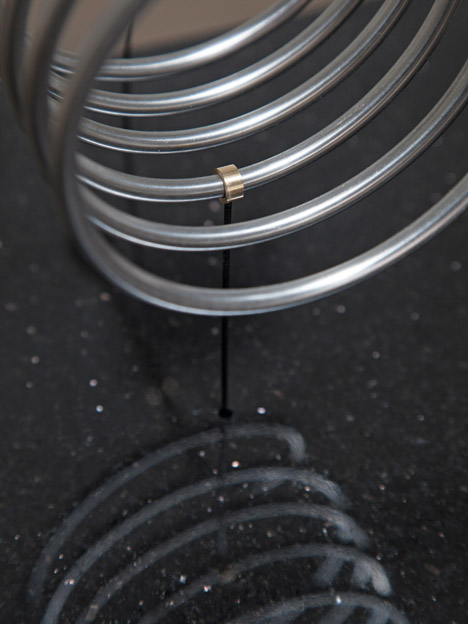 Some of the pieces use an Arduino open-supply electronics platform to manage the perpetual movement of the motors, which are employed to electrical power things like a hammer that continuously strikes a stone.

The motor rotates a stick that lifts the finish of the device up and drops it onto the rock, then repeats the action. 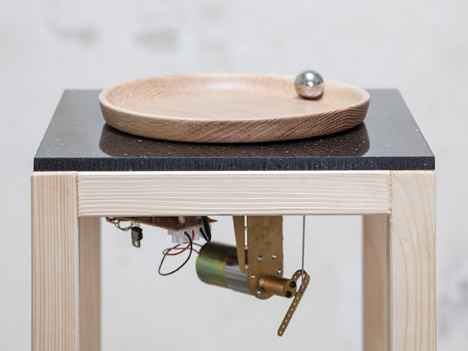 “The nice issue is that the stone is not also hard, so as it hammers it produces dust and shavings,” Ruud explained.

One more piece comprises a plastic bag that covers a cube of foam. A tube inserted into the bag gradually sucks out the air, forming a vacuum that compresses the foam. When the suction is launched, the foam returns to normal shape – resulting in a cycle that makes the object seem to breathe. 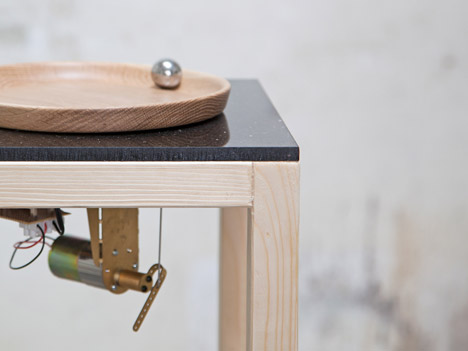 A ball forever spinning around the edge of a wooden plate is managed by a magnet beneath, attached utilizing a metal tube from a single of Gabriel’s machines.

“It was entertaining to use his spare components in a way that they hadn’t been utilised prior to,” said Ruud. “We typically operate with resources we locate, in the trash or in the forest.” 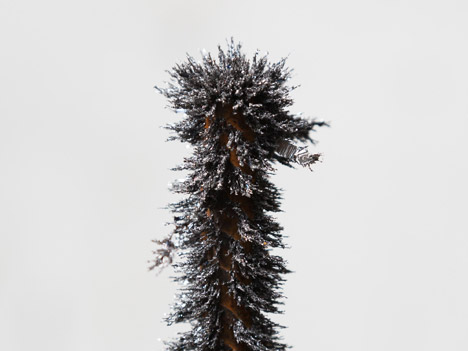 Waste sand from the water-jet cutting process is mixed with metal powder and moved around on a disc, also making use of a magnet underneath to make patterns on the surface.

“It was another wonderful way to create an object from the leftovers of the workshop,” said Ruud. 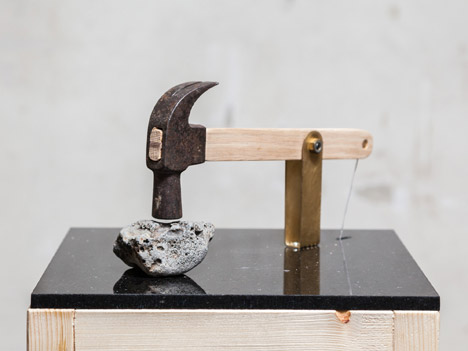 The collection also contains a static sculpture shaped like a paper aeroplane but manufactured from lead, and a cone of paper positioned on the end of a spike that is rotated and undulated by a fan positioned underneath.

Each and every piece is mounted on a wooden frame with open sides, so guests can peer underneath to see how it works. 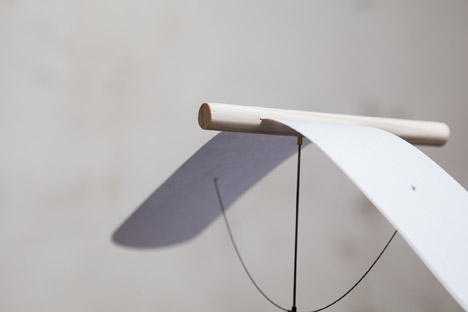 They are organized as a three-by-three grid in an empty room at PEGA-minimize Schneidetechnik’s headquarters in the Favoriten spot of Vienna – the target district for this year’s layout week.

Vienna Design Week 2015 runs from 25 September to four October in the Austrian capital. Projects proven at last year’s edition of the yearly festival integrated a punched music card box that played strips of folk embroidery patterns and a selection of cakes for one of Vienna’s most renowned coffee homes.

Arquitectonica Creates Waterfront Tower In Miami With A Sculptural Facade