A scale replica of a gateway to an ancient temple in Japan has been constructed in the grounds of the Dorich Home Museum in south London by architecture college students from Kingston University. 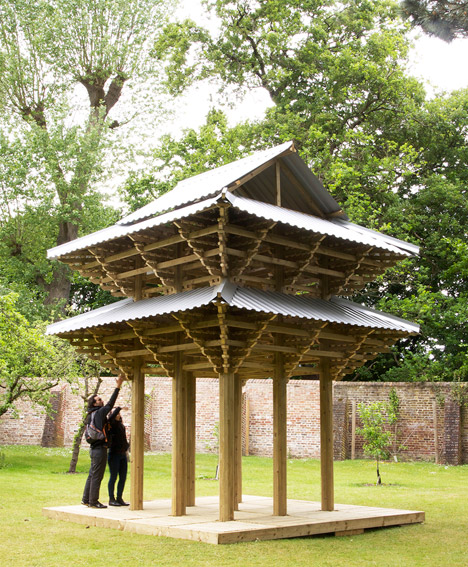 A crew of 22 undergraduate architecture students from Kingston University – led by tutors Takeshi Hayatsu and Simon Jones – designed, prefabricated and erected the Japanese temple in the gardens of the tiny museum, which is the former house and studio of Estonian sculptor Dora Gordine. 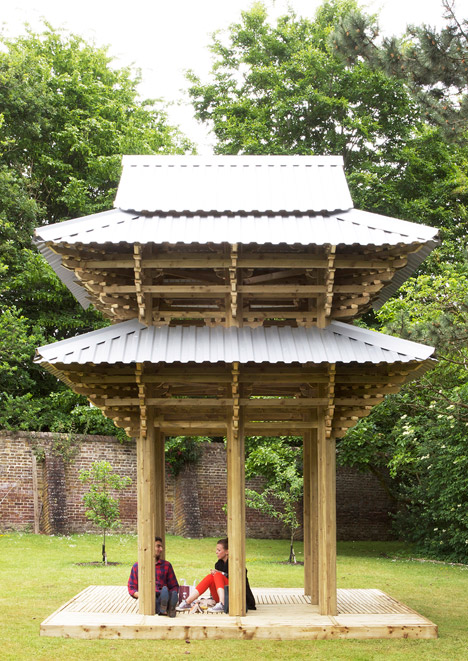 For the last 3 many years, final-year undergraduate college students in the unit named Studio 3.2 have been asked to recreate a historic wooden framework from anywhere around the planet as a final venture.

Previous structures have integrated the spire of England’s Salisbury Cathedral, Sweden’s Woodland Cemetery Chapel and a humpback footbridge from the Japanese city of Kintaikyo. 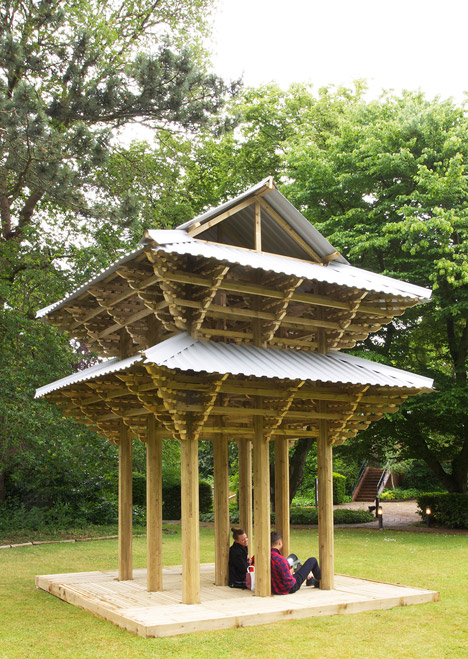 This year’s structure, named The Temple, was prefabricated by the students and erected on site in 1 week throughout Could 2015.

“Our studio’s theme was Contemporary Crafts,” tutor Takeshi Hayatsu advised Dezeen. “It was component of a 12 months-long investigation into the Japanese developing crafts focusing on Miyadaiku – carpenters specialised in creating temples and shrines.” 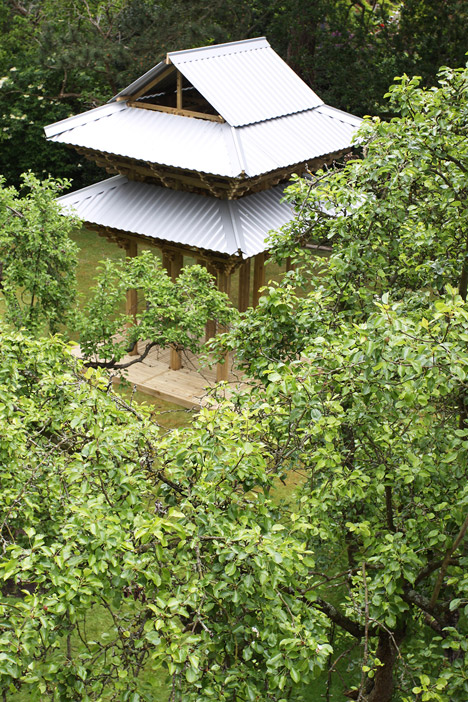 “Due to the fact the temple construction employs the system of stacking timber blocks,” he continued, “we see that it is a best illustration to check our curiosity in prefabricating parts off-site and assembling them employing timber dowels instead of nails and screws.” 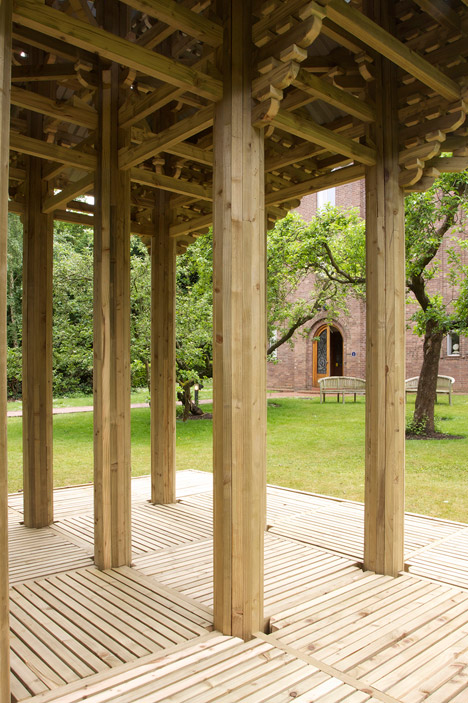 Hayatsu explained that ancient timber-framed temples are periodically dismantled, repaired and reassembled. This not only assures the longevity of the constructing, but the abilities to develop the structures in the long term. 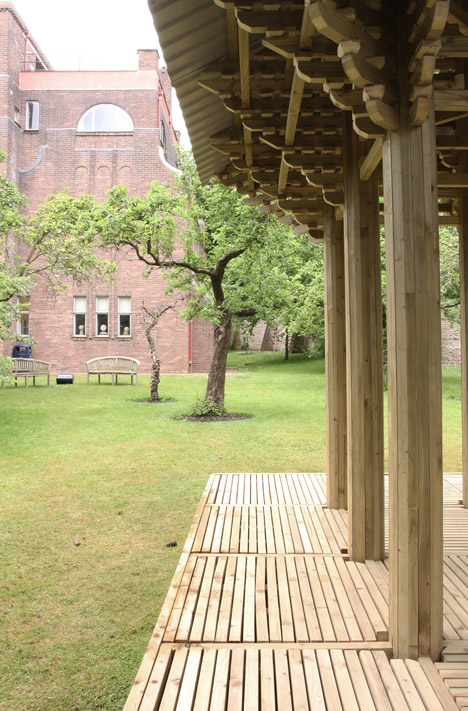 Studio 3.2 wanted to continue in this tradition of practical learning by prefabricating a one:5 scale model of a section of the gateway to the Todaiji, an eighth-century Buddhist temple located in Japan’s Nara Prefecture.

The 30-metre-tall decorative timber gates were built in 1199 and are protected as part of a UNESCO Planet Heritage Internet site. 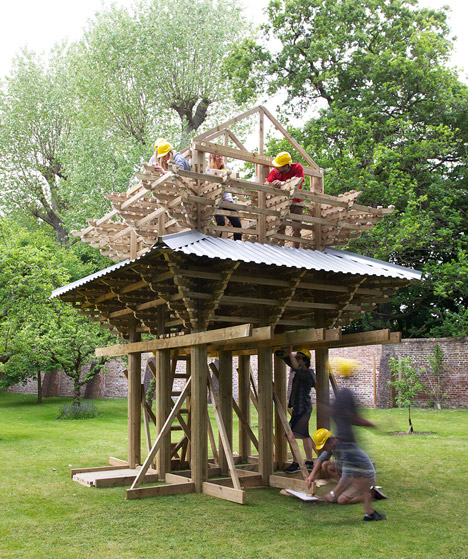 “The ancient temples in Japan are re-built every 300 many years or so for main repairs,” explained the studio.

“The building itself is regarded as as a record of background, reread by carpenters every single 300 many years. Historic buildings are not the things of past, but the DNA for long term generations.” 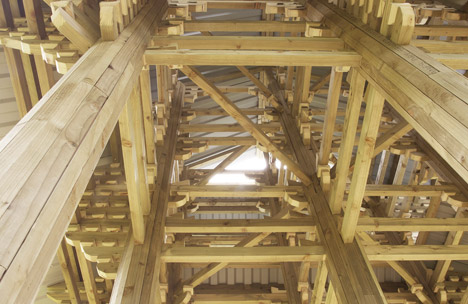 The framework is formed by a network of two by two- and two by 3- inch Scottish spruce joists, topped by sheets of fluted metal roofing.

A platform produced from slatted timber extends beyond the cover of the canopy to form the floor. The complete framework is pinned collectively by wooden dowels. 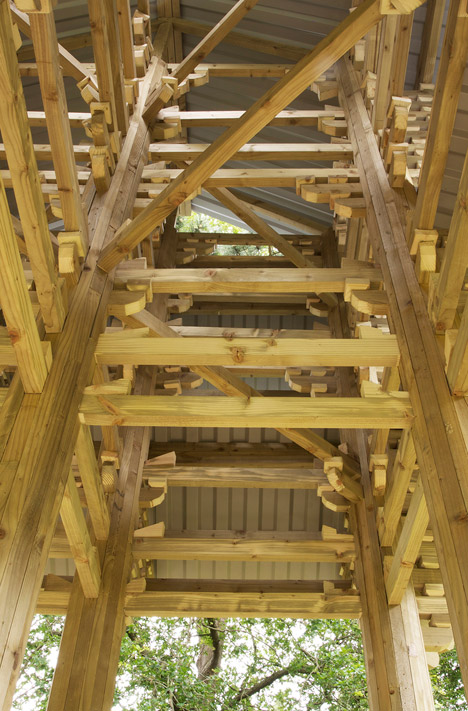 The unique gate comprises a series of 1-log-thick columns and, although the aim was to recreate the structure as closely as achievable, the UK’s normal timber sizes dictated the ultimate result. 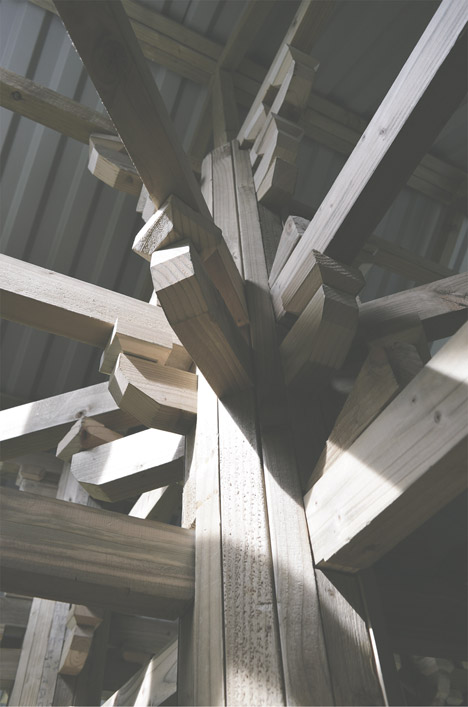 Over 3,000 elements were required to total the five-metre-tall construction, which was prefabricated in the Kingston University workshop over a time period of two weeks. British engineering firm Price &amp Myers presented structural advice on the undertaking. 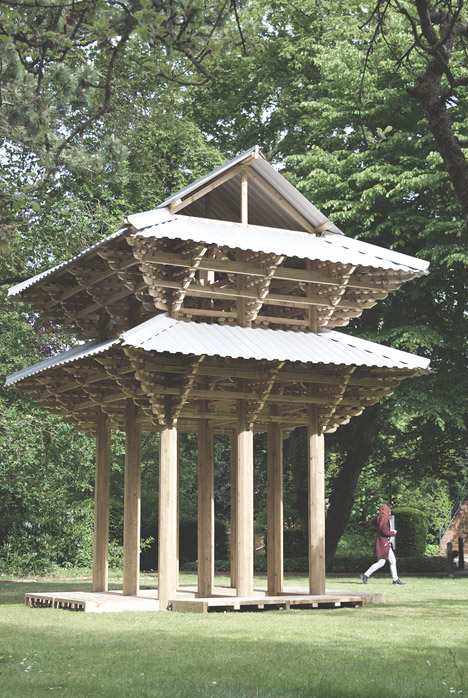 The set up at Dorich Home Museum is open to the public every Friday during the London Festival of Architecture, a month-lengthy series of occasions, installations and short-term exhibitions that runs throughout June.

The temple will be disassembled in November by the university’s following batch of third year college students, who will construct a pavilion on the website following summer. 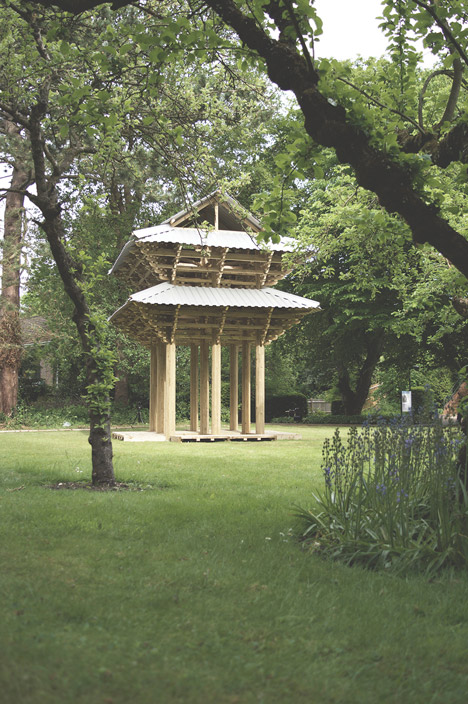 Takeshi Hayatsu, who aside from becoming a going to lecturer at Kingston is project director at London studio 6A Architects, previously collaborated with Cardiff University students to layout a timber-framed tea home covered with woven hazel wood panels.

Photography is by Dorothy Jackson.