New York practice John Puttick Associates has won the competition to redevelop the Brutalist 1960s bus station in Preston, England, with a design that features a rooftop football pitch, a climbing wall and a skate park.

John Puttick Associates was chosen via a RIBA-run competition to overhaul Preston Bus Station, which was made in the 1960s by Keith Ingham and Charles Wilson of architecture company BDP.

The £13 million scheme will contain the preservation of the existing bus station framework – granted Grade-II listed status in 2013 – and the creation of a new youth centre.

The winning design involves renovating the old building and retaining its rows of concave concrete fins, allowing it to proceed to function as a primary transport hub for the city. A new youth centre will be affixed to one end.

The OnSide Youth Zone will characteristic sports activities services such as a climbing wall and a rooftop football pitch, even though a public courtyard in front of the station will be redeveloped to produce a skatepark.

“The Preston Bus Station growth is an essential chance to produce a location that can make a genuine distinction for both visitors and the nearby local community,” said John Puttick.

The £13 million project varieties element of a bigger redevelopment of Preston city centre.

“The three components of the task – the revitalisation of the Modernist bus station, the new OnSide Youth Zone, and a big outdoor public space – offer a rich mixture of utilizes and the challenge of sensitively introducing modern design to the current setting,” extra Puttick. 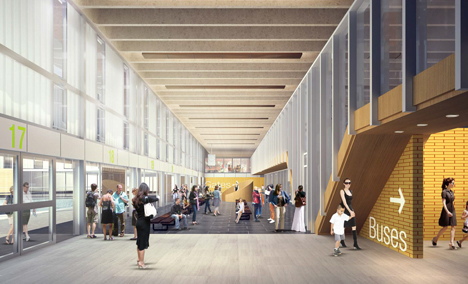 The judges took into consideration over 4,000 votes cast by members of the public during a two-day consultation occasion at the station in July.

“Preston Bus Station is a hugely substantial 20th-century developing and all the shortlisted architects have responded to its bold architecture with ability and empathy,” said Broughton. 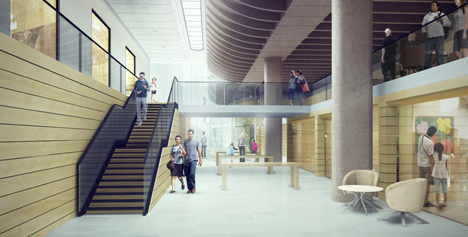 “John Puttick’s winning scheme cleverly resolves the demands of the On Side Youth Zone to generate a creating which will be enjoyable, risk-free and engaging to use even though celebrating the unique architecture of the bus station and supplying versatile open room, which can become a focal point for neighborhood events at the heart of Preston daily life.”

Preston Bus Station was saved from demolition following a prolonged conservation campaign supported by eminent architects such as Richard Rogers and OMA. It was granted Grade-II listed standing in 2013 – unlike its unwell-fated modern, Robin Hood Gardens.

While the bulk of the funding for the undertaking will be raised from public and private investment, the Preston Youth Zone charity and Lancashire Country Council will contribute £1 million and £5 million respectively.

Preston Youth Zone will perform with John Puttick Associates to finalise ideas for the centre, which will then be submitted to the public physique Historic England for approval.

Fireplace And Fitting Decoration To The Fireplace Around