London Design Festival 2014: JamesPlumb has used textiles coloured with a Medieval dying technique to cover the duo’s latest pieces of furniture and lighting . 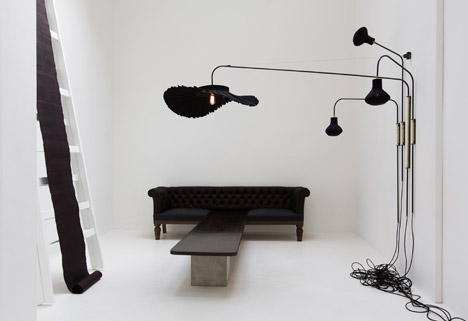 The project began when James Russell and Hannah Plumb of JamesPlumb found a 19th century leather sofa in a state of disrepair and wanted to find a suitable fabric to reupholster it.

After discovering a swatch of antique burnished indigo textile, the duo set about creating a limited-edition series of furniture and lighting pieces that incorporate the antique fabric. 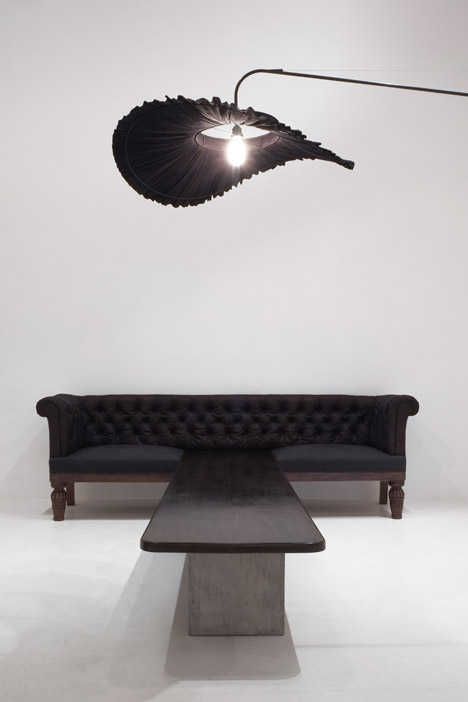 “We became fixated on this textile not only because of the incredible depth and richness of colour, but because of the amazing patina and texture created by the burnishing process,” Russell told Dezeen. 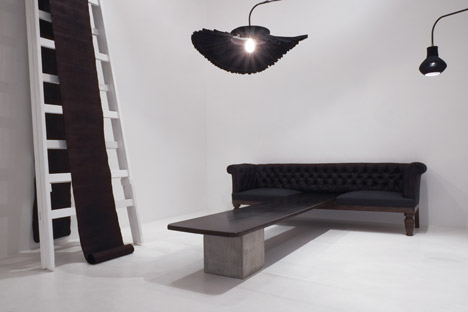 The dying process, which the designers describe as a “ritual”, involves repeatedly submerging the fabric in the deep blue dye mixed with egg whites, ox or pig’s blood and fermented fruit juices to help the material take the colour. 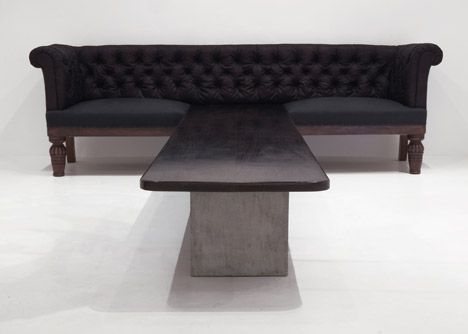 The fabric is then beaten with wooden mallets or placed under large smooth rocking stones, to increase the level of sheen. Rather than dying fresh fabrics, JamesPlumb used existing material that had been treated using this technique. 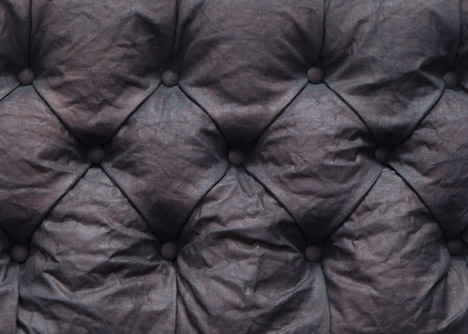 “The burnishing process, and the proteins in the glossy finishes that are derived from egg whites and pig’s blood enable the fabric to pleated very finely,” Russell said. “This pleating creates a beautifully fluid textile that behaves and shapes in wonderful ways.” 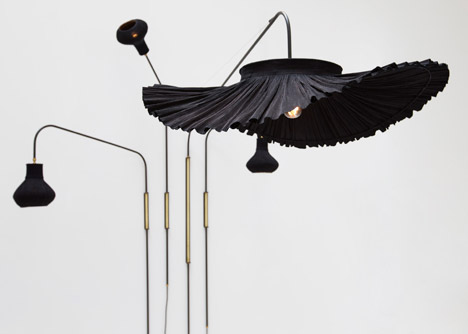 The pleating is demonstrated in the Indigo Luminaire – a set of four wall-mounted lights positioned on the ends of thin steel armatures – as a curvaceous lampshade for the longest stem. 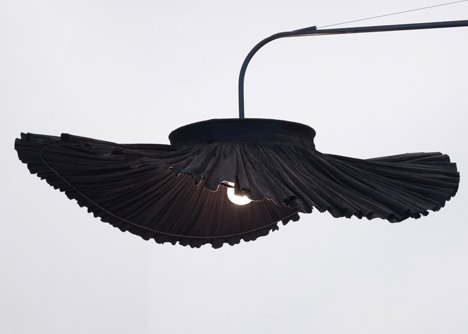 JamesPlumb also used the indigo fabric to upholster a Chesterfield sofa, into which a table made from old church pews is integrated. 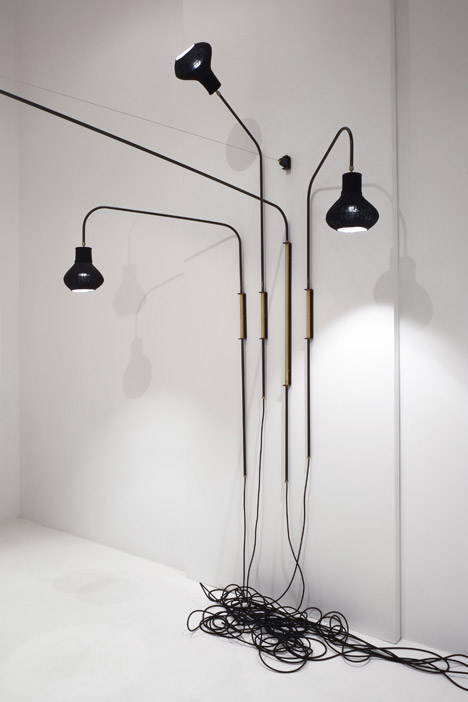 The antique timber surface extends out from the centre of the seat, dividing the cushion in two. 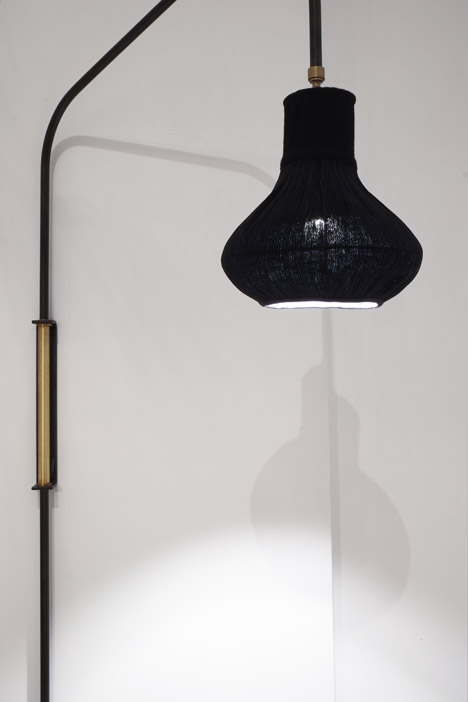 For last week’s London Design Festival, the Burnished Indigo collection was exhibited in a white space to highlight the discrepancies in tones across the pieces. 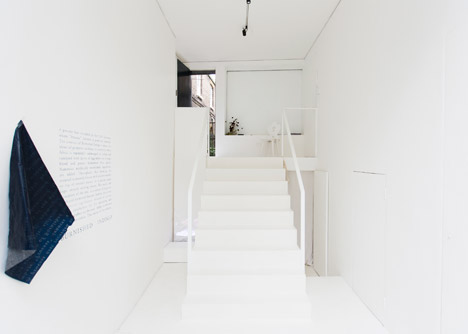 “We wanted to present the works in a white cube space to reduce the noise around them – the colours are subtle and appear to change before your eyes and we wanted to concentrate our visitors on the fabric and the minimal elegance of this new series,” Russell explained.