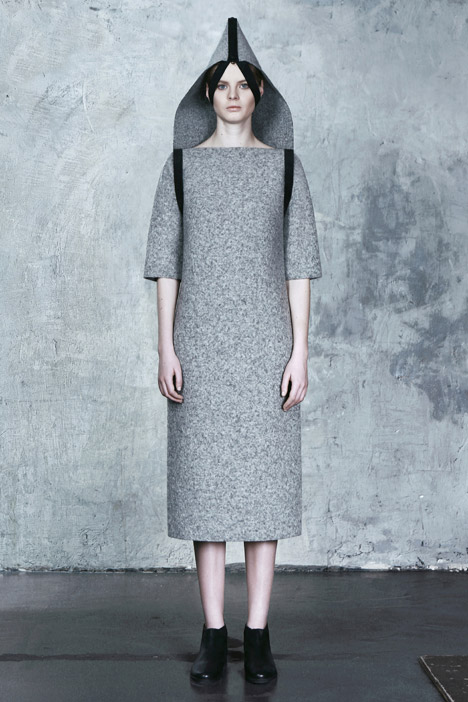 The brand’s founder Irina Dzhus based mostly her Totalitarium assortment for Autumn Winter 2015 on styles linked with the Totalitarian political regimes of Germany, Italy and the Soviet Union in between the very first and 2nd planet war. 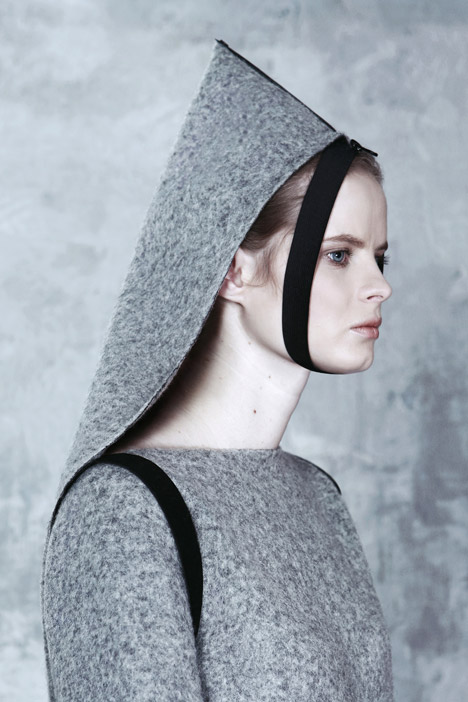 For the duration of these regimes, the state attempted managed all factors of society and discouraged the expression of private identity. 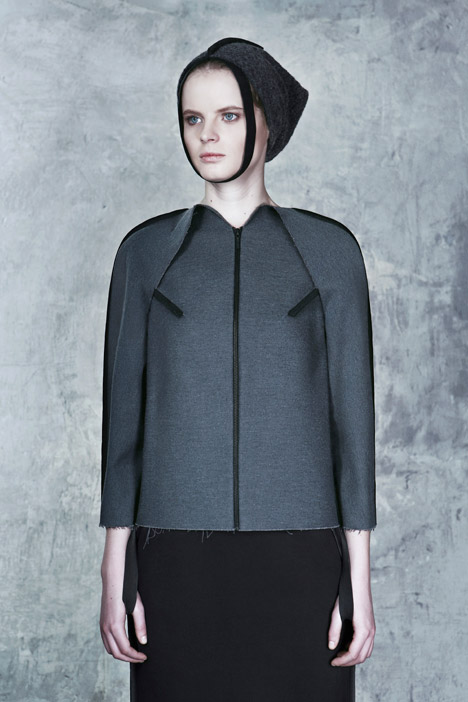 Dhzus’ assortment attributes an somber palette of black and grey, and is manufactured with resources standard of the era’s practical garments such as knitted and felted wool, and hefty cotton utilised to make worker’s overalls. 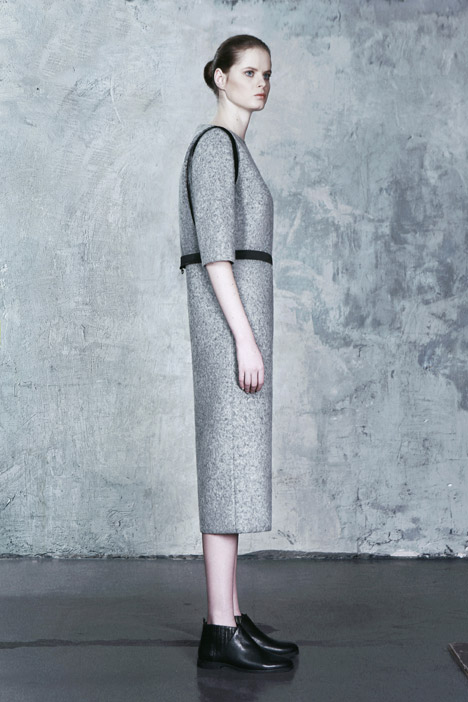 Straight silhouettes and angular shoulders are designed to mimic the monumental structures commissioned by leaders of the regimes, while the textured grey materials evoke the concrete utilised to construct them.

“Terrific palaces and awe-inspiring monuments of the époque are haunted with the solemn spirit of industrialisation,” said Dzhus. “The utopian ideology glorifies an image of the working-class heroine, so stern and so pure.” 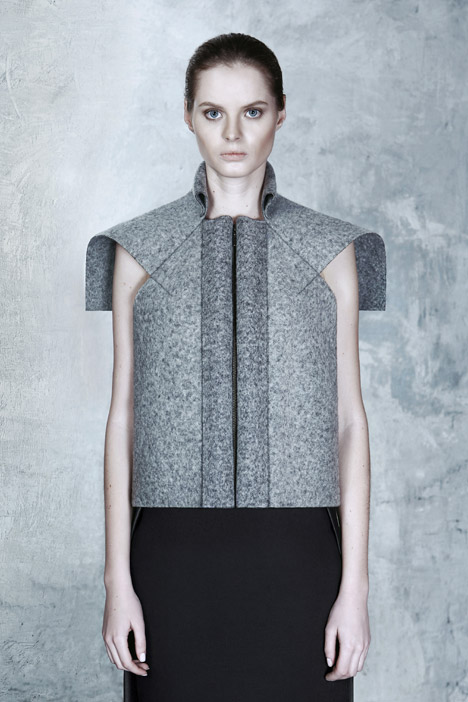 Some of the garments seem nearly armour-like, whilst other folks are reminiscent of ritualistic robes. 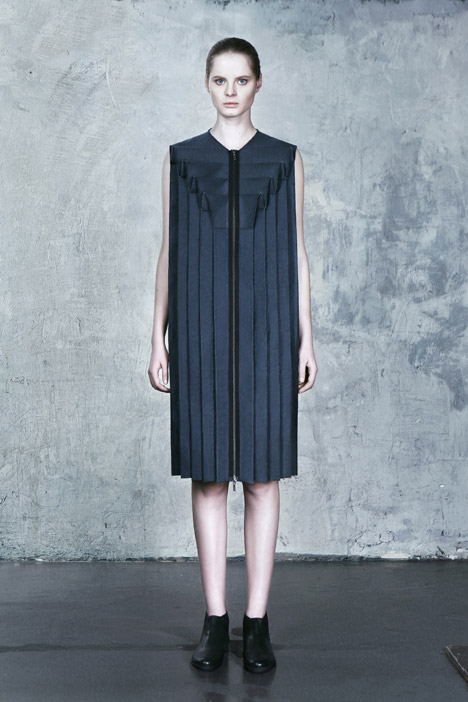 Back panels of tops lengthen up to kind pointed hoods, some of which are attached using bands that wrap all around the chin. 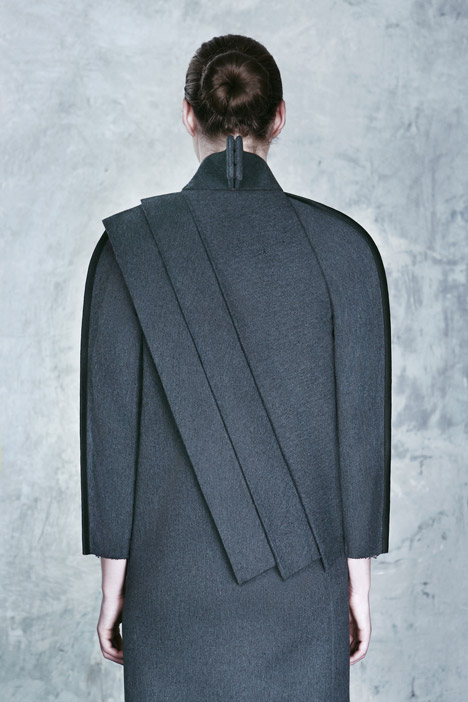 Folded sections of fabric produce sharp pleats above one shoulder and down the back of an ankle-length dress. 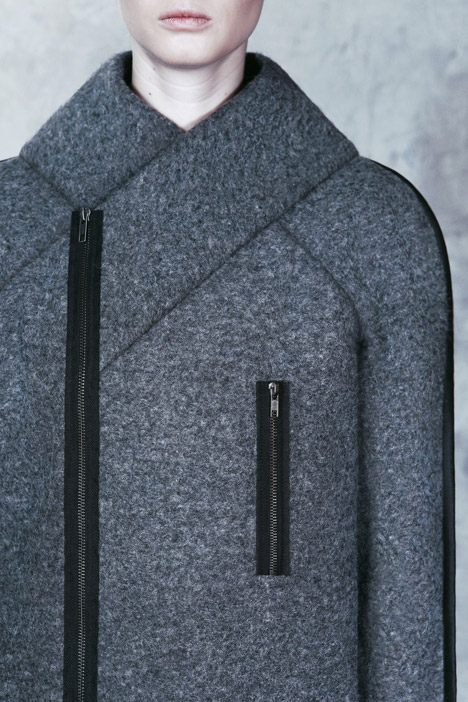 The pleats on the front of a shorter dress are staggered inward to appear like architectural motifs. 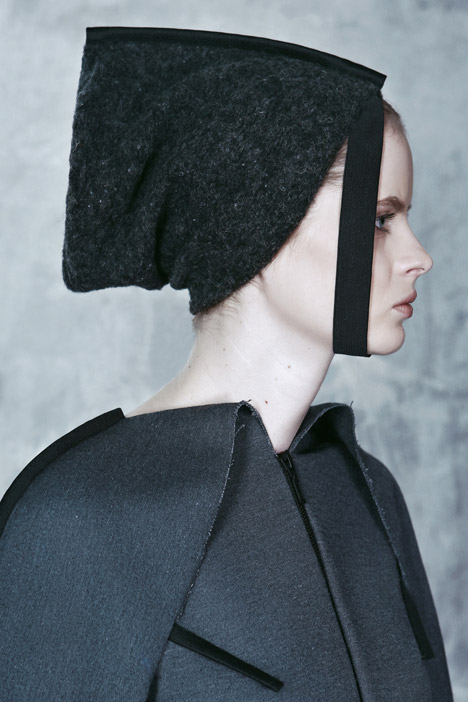 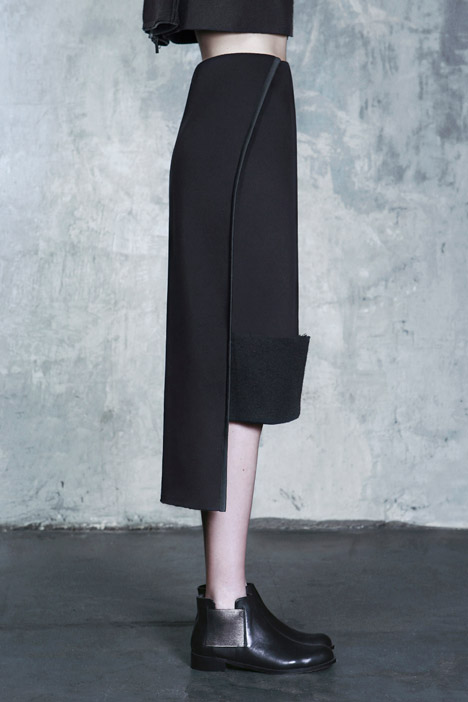 Hems are left purposefully unfinished, even though black piping is employed to highlight some of the seams. 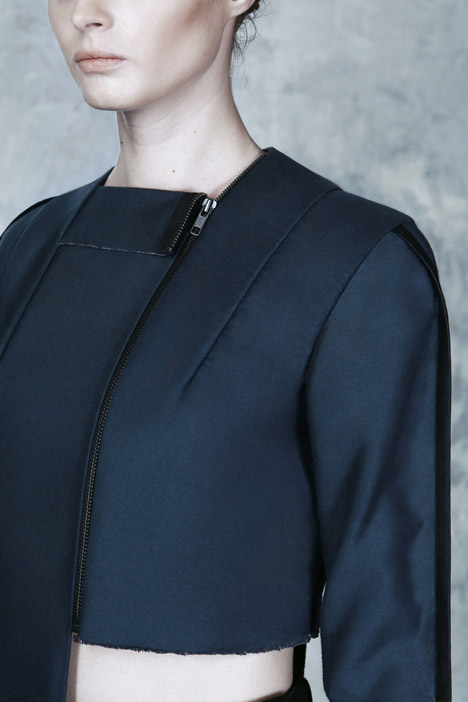 “Specific finishing, such as raw hems and exposed seam allowances, some piped with elastic, accentuates the technological nature of the styles,” mentioned Dzhus.

Photography is by Olga Nepravda.

Par-do Encases a New Property in Outdated Walls in Viana do Castelo, Portugal