Swiss childrenswear brand L’asticot has collaborated with architecture company Bureau A to install a miniature cardboard city at its Geneva store . 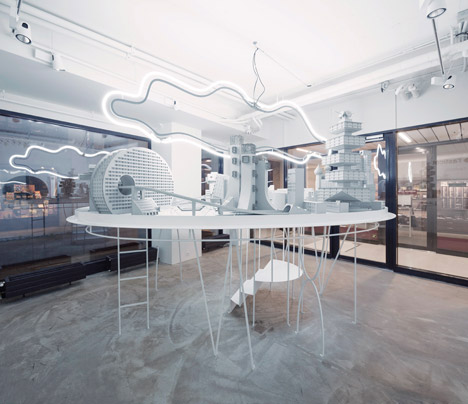 Bureau A was asked by kid and baby clothing store L’asticot to generate an surroundings that would reflect the creativity and playfulness of the brand.

The studio responded by crafting an imaginary urban environment that takes cues from the architecture of the Soviet Union – examples of which were documented by photographer Rebecca Litchfield in her Soviet Ghosts series. 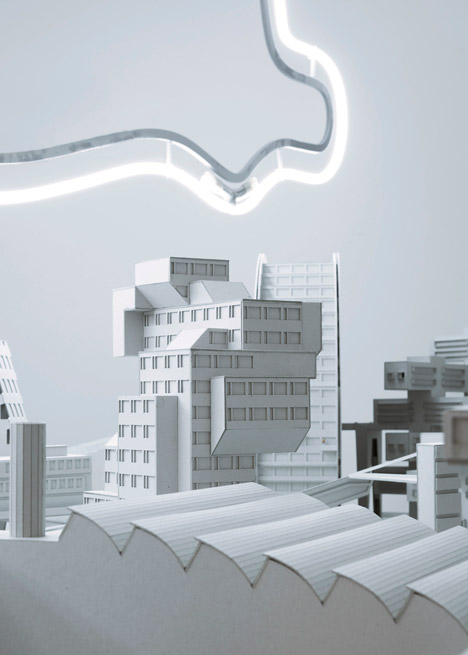 Bureau A especially talked about the function of architectural organisation the OSA Group, which constructed Constructivist-type buildings across the region from 1925 to 1930, as a point of reference. 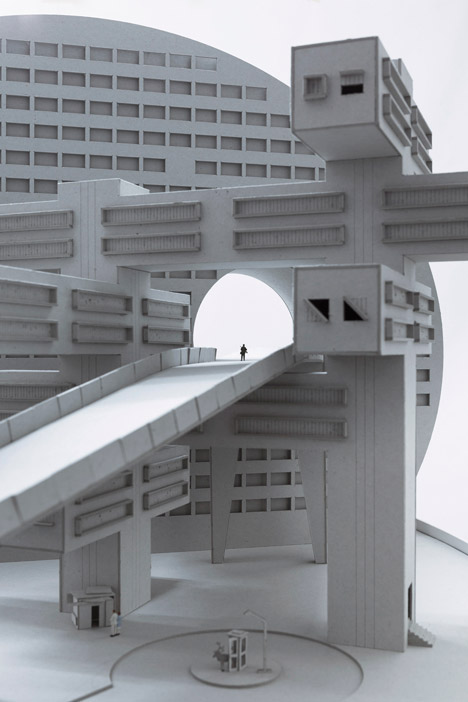 Developed to scale, cardboard buildings of Bureau A’s city are housed on a circular framework made of welded steel, which has a clothing rail beneath.

The total installation is lit by a cloud-form neon light hanging above and is noticeable from the shopfront. 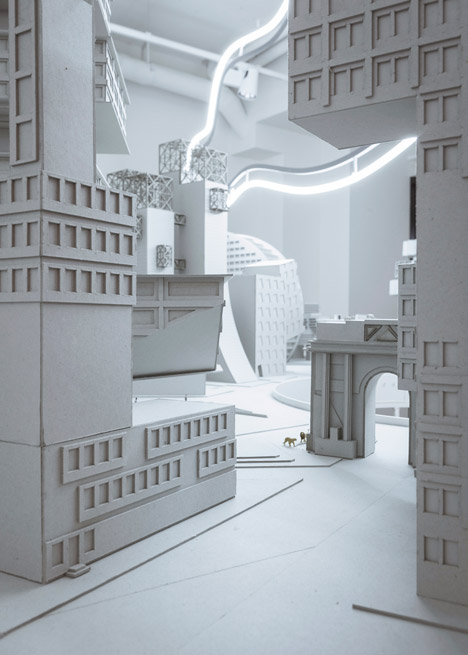 A set of methods in the centre of the construction prospects small guests up into the middle of the city. On closer inspection, miniature varieties of people and animals can be witnessed positioned between buildings. 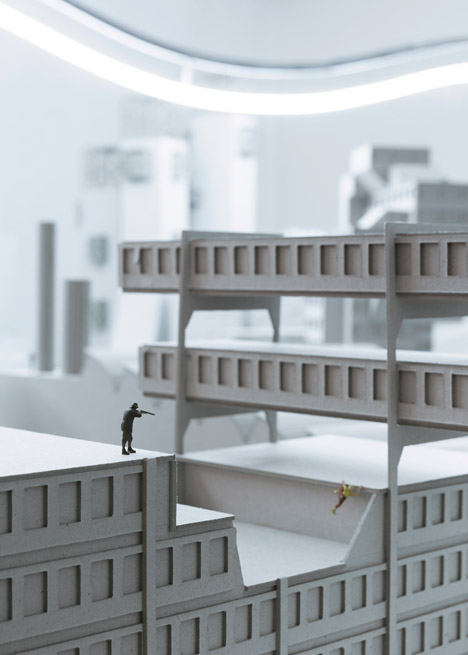 In excess of time the steel base will turn out to be a residence to various imaginary worlds, intended to align with the various themes of new collections from L’asticot. 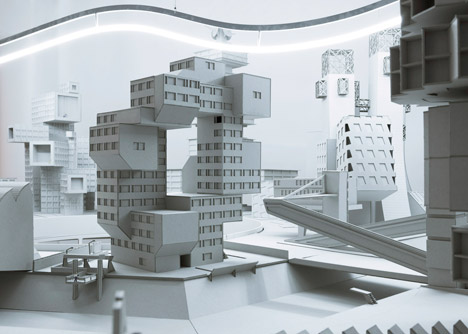 Despite the fact that the architectural reference might not be apparent to the store’s younger visitors, the firm believes that the buildings speak for themselves. 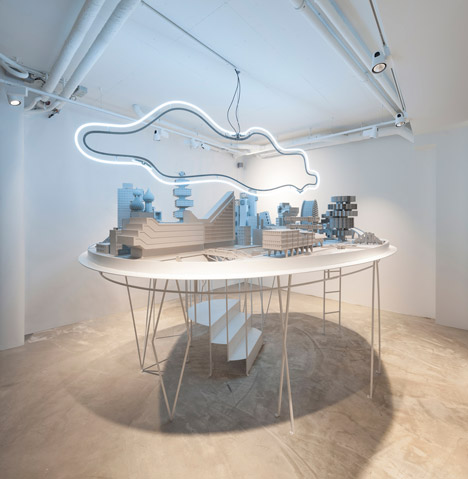 “No 1 is indifferent to their strong expressive varieties,” Bureau A’s Joana Croft Dantas advised Dezeen. “And it is not historical research but a lot more an immersion in our fantasy of a Soviet architecture.” 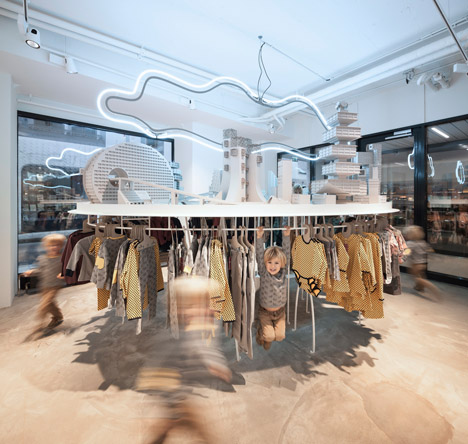 “Youngsters often like to generate worlds of their own – they like to draw them or even to construct them. In this sense they are shut to architects, perhaps with a bit much more imagination,” she additional. 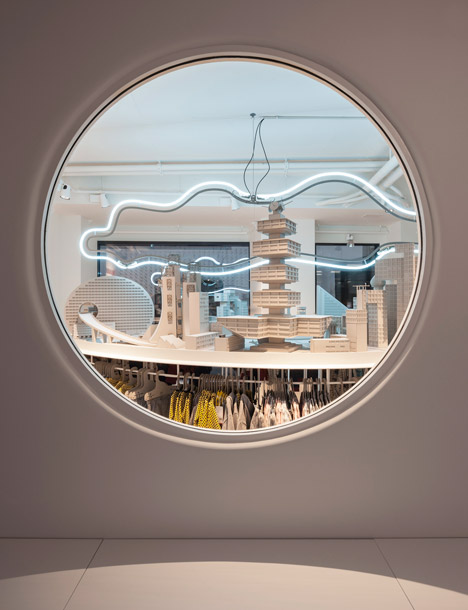 Bureau A is also primarily based in Geneva. Recent tasks by the studio incorporate a wooden cabin concealed inside an artificial rock, a seven-storey mobile overall performance space and street kitchen on a tricycle, and a pavilion built out of recycled windows. 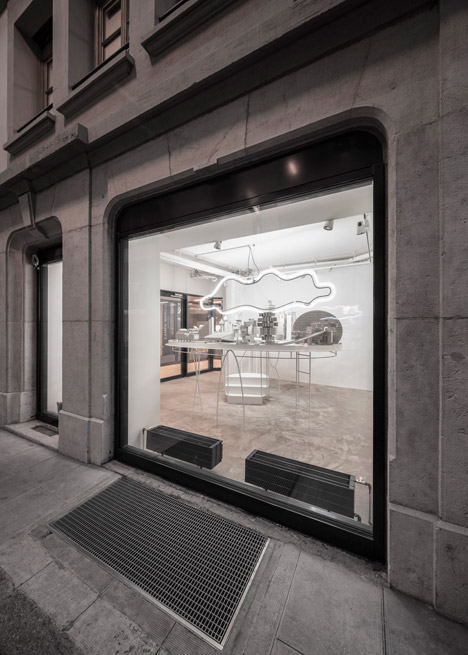 Photography is by Dylan Perrenoud.