Towels printed with designs from traditional maritime signalling flags are locked into place using ropes to form the seats of these wooden-framed deck chairs by ECAL graduate Júlia Esqué. 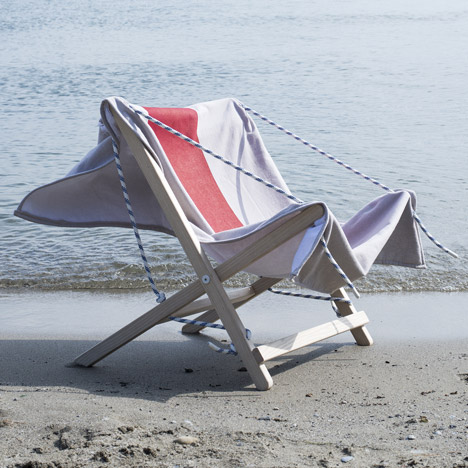 Júlia Esqué designed the Marina Chair, which takes its name from its intended seaside use, as part of her 2014 Masters project at Swiss design school ECAL.

The Spanish product designer created the “simple, efficient and honest” chair with a removable seat made out of towelled canvas fabric that can also serve as a beach towel. 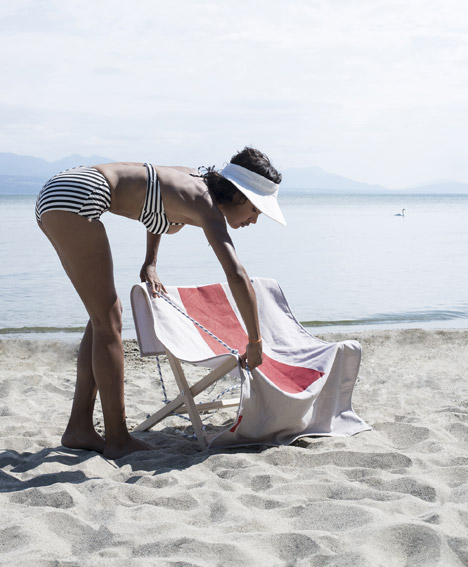 “This allows the customer to use the towel not only to dry themself after a swim or to lay down on the sand, but to sit on as well, which makes the experience more cosy and dry,” Esqué told Dezeen.

“Marina permits the user to remove and wash the towel as often as needed, making it more hygienic,” she added. 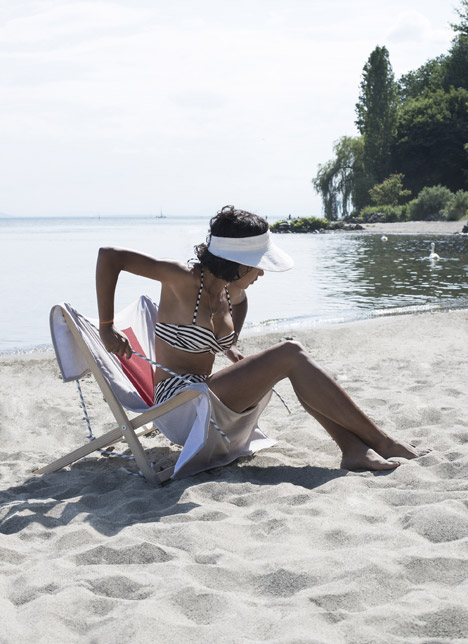 The beach towels are hand-printed with the graphic patterns of flags traditionally used by sailors to communicate with passing ships. To create the seat, a towel connects at each corner to a pale ash wood frame.

“The collection of towels is based on the International maritime signal flags,” said the designer. “The towel fits in the right dimensions of the chair providing a secure clamping.” 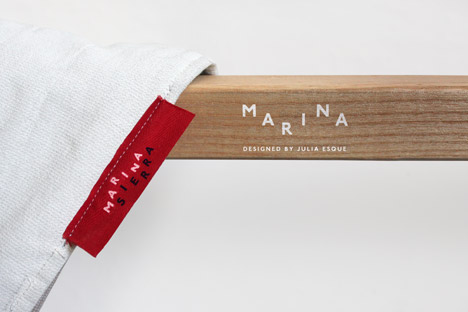 The frame is made up of two pieces – a seat and a back – which are hinged together to allow the structure to be flattened for storage and easy transportation.

Both the towel and the position of the chair frame are locked in place by two lengths of rope – another naval reference – attached to the bottom of the structure with knots and then fed through notches on the frame.

“The rope is used as a key element, allowing the towel to be clamped and locking the structure at the moment to transport it,” said the designer. 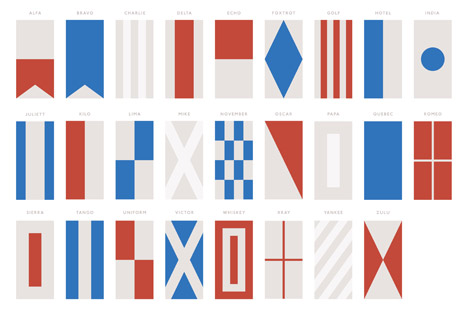 Esqué teamed up with graphic designer Oihana Herrera to create visual branding for the chair, which features simple typography in a nautical colour palette.

“The aim of it is to communicate the idea of the product: a simple, adaptable and combinable chair for the beach,” she said.

Photography is by Clément Bonnetin. Video is by Karolina Kula.