American company Arquitectonica has completed a residential tower in Miami with a crinkled facade and a public park that passes beneath the raised creating . 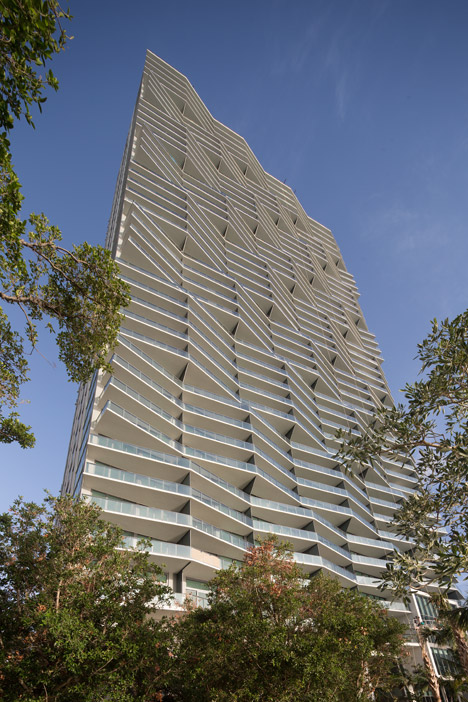 Named Icon Bay, the 42-storey tower is located in Edgewater, a once-blighted neighbourhood that borders the city’s Biscayne Bay. The 500-foot-tall (152 metre) creating sits on piloti and rises from a modest park that also was created by Arquitectonica. 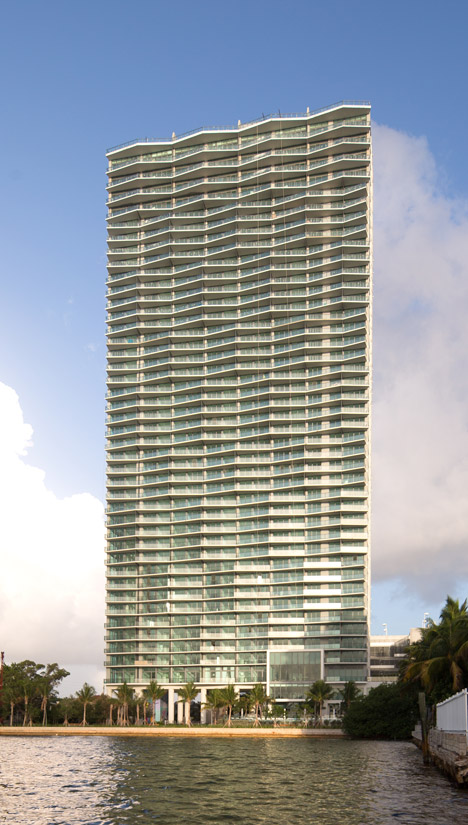 Finished this 12 months, the tower was developed to “introduce a new era of architecture” to Miami, due to its bas-relief style balconies that form horizontal folds in the facade.

“The textured facade breaks the tradition of vertical extrusions in high-rise layout,” said the company. 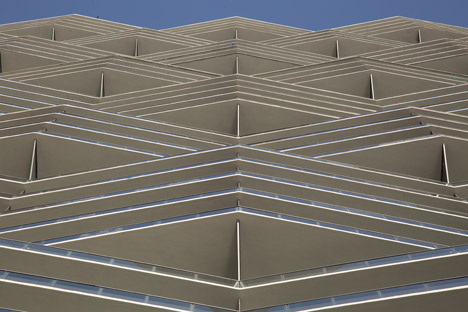 The balconies create an interplay of light and shadow and “appear to flutter in the wind or reply to the ripples of the bay waters”, according to the architects. 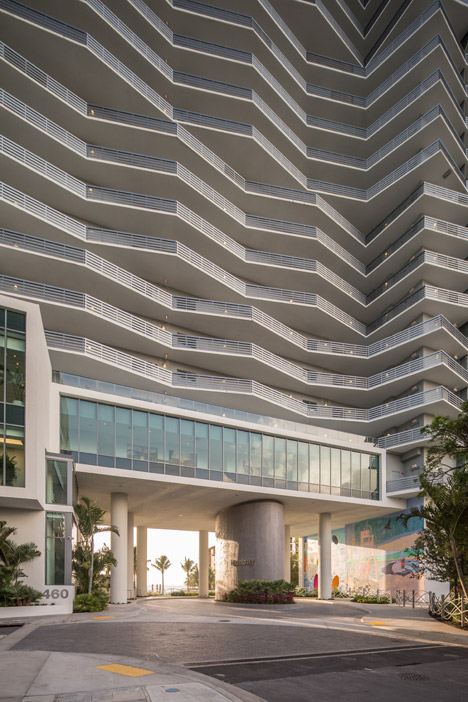 Arquitectonica also designed the tower’s interior, which has “museum-like corridors” that attribute artwork chosen by curators who function total-time for the developer, The Connected Group. 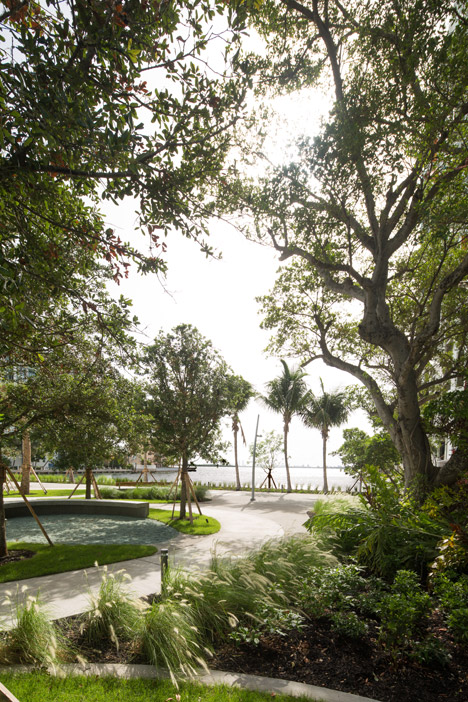 Icon Bay consists of 300 residential units, ranging from 1 to three bedrooms. The tower is the first in a series of planned residential buildings in the Edgewater neighbourhood. 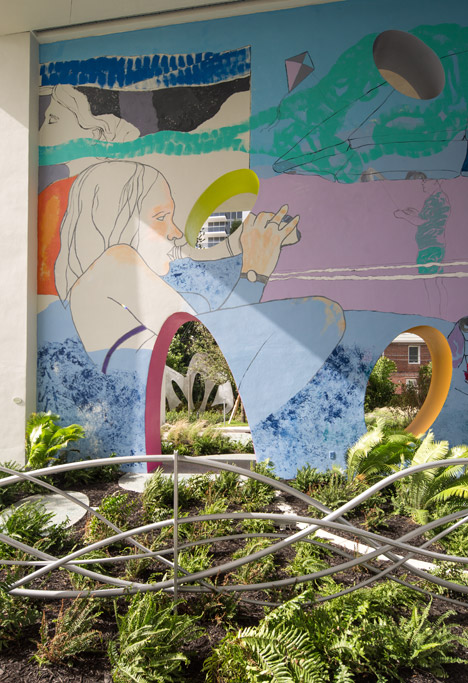 The twenty,000-square-foot (1,850 square metre) public park was made by the architecture firm’s landscape group, ArquitectonicaGEO. It passes beneath the raised tower and extends to the water.

Inspired by the perform of Henri Matisse, the park functions a sculpture backyard, strolling paths and a quantity of resting spots. 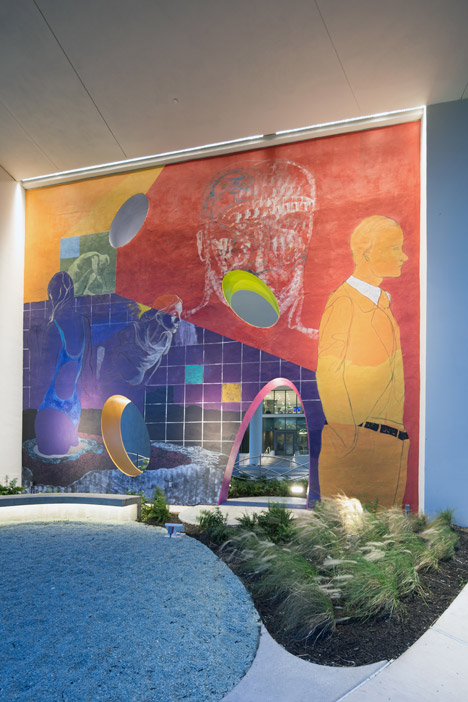 “A venerable gumbo limbo tree was preserved on site, serving to anchor the native landscape,” stated the firm. “Groves of oaks and palms offer shade, and open spaces preserve the views and breeze.” 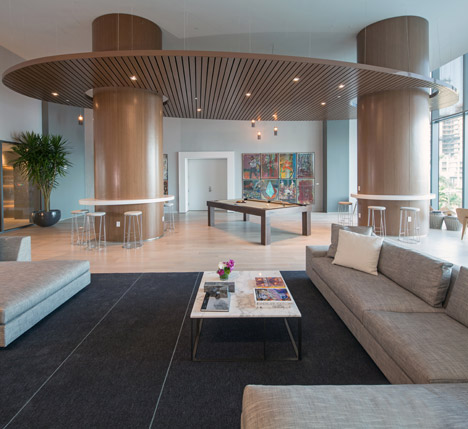 The park was donated to the city by The Connected Group, which has teamed up with Arquitectonica to promote the creation of a series of waterfront parks along Biscayne Bay. The parks would be linked by a pathway referred to as Biscayne Line, a proposal first unveiled by Arquitectonica in 2011. 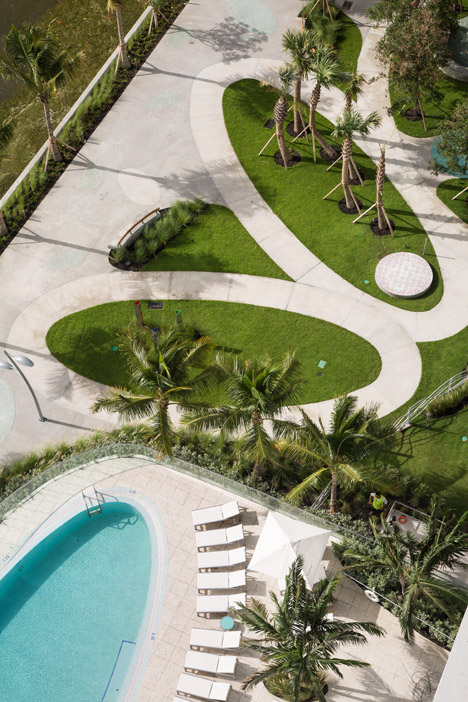 Founded in 1977, the loved ones-owned Arquitectonica is based in Miami and has offices in New York, Los Angeles, Paris, Hong Kong, Shanghai, Manila, Dubai, Lima and Sao Paulo. 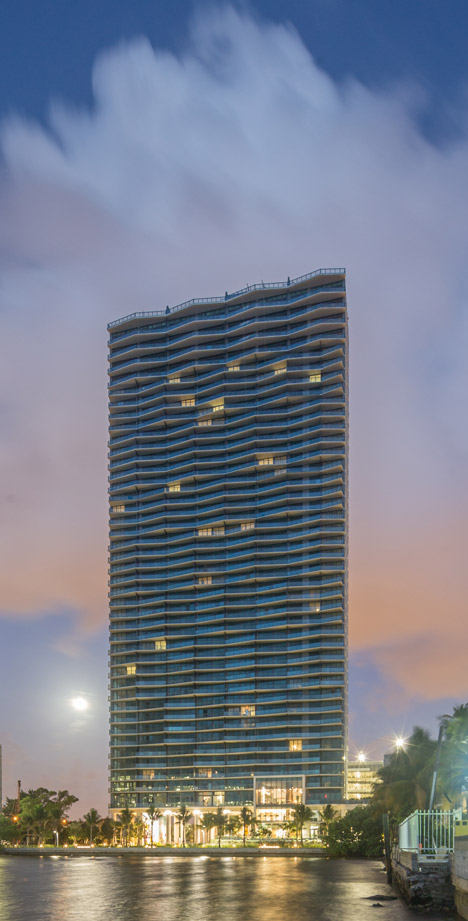 Other recent projects in Miami include a parking garage by IwamotoScott and Leong Leong clad in perforated metal screens and a proposal by James Corner Discipline Operations to build a linear park under an elevated rail line.

Also, Store Architects and West eight have envisioned a new tech district for Miami that is meant to turn out to be “Florida’s Silicon Valley”. 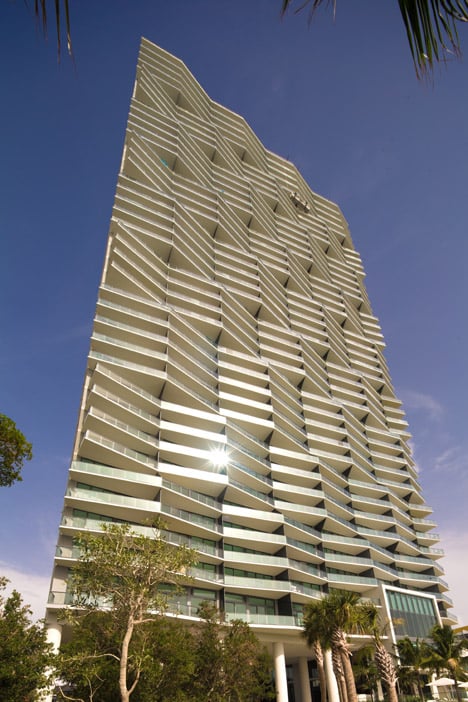 Photography is by Robin Hill.