Chilean company Pezo Von Ellrichshausen and Nigeria-primarily based Kunlé Adeyemi are among the architects collaborating with Chicago style colleges to produce lakefront kiosks for the city’s 1st design and style biennial.

The organisers of the Chicago Architecture Biennial unveiled the 3 kiosk types nowadays.

The structures, meant to be used for industrial functions, will be constructed at various internet sites along Lake Michigan as element of the biennial, which opens three October 2015 and runs via three January 2016. 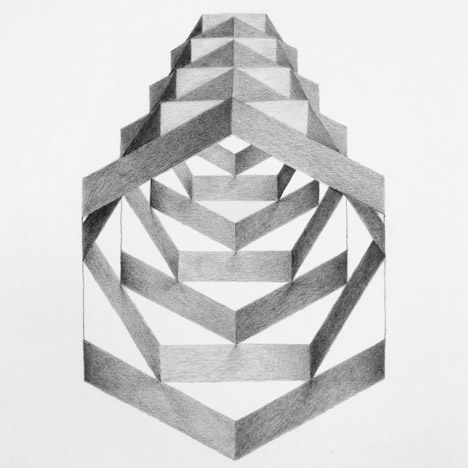 The kiosks are meant to “boost the lakefront through architectural commissions,” mentioned the organisers.

Pezo Von Ellrichshausen and the Illinois Institute of Technologies have proposed a towering framework that references the city skyline, whilst Adeyemi and the School of the Artwork Institute of Chicago have conceived a pavilion created of stepped planes.

Colorado architect Paul Anderson and Chicago’s Paul Preissner, functioning with the University of Illinois, have made a barrel-vaulted structure divided into two rooms. 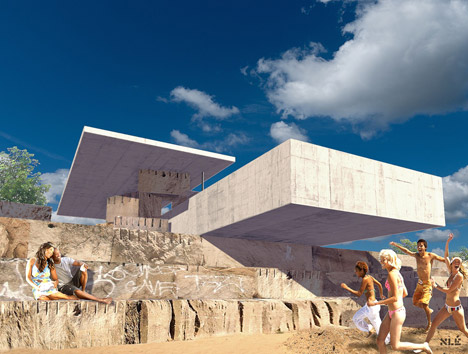 In addition to these schemes, the organisers have revealed the winner of a separate but relevant competitors that invited designers from close to the globe to re-envision the kiosk.

The winner of that competition, Ultramoderne, has proposed a wall-significantly less pavilion with a massive, flat roof that recalls the work of Mies van der Rohe.

“Even modest contributions at the scale of these new kiosks can significantly boost cultural daily life on the lakefront,” explained Michael Kelly, CEO of the Chicago Park District, which is a co-organiser of the system. “The Chicago Park District is enthusiastic by the creativity and innovation this competition inspired, and can’t wait to see the entirely realised types.”

The layout by Chilean architects Mauricio Pezo and Sofia von Ellrichshausen, operating with the Illinois Institute of Technological innovation, is referred to as the Cent Pavilion.

The team conceived a 40-foot-tall (12-metre) framework manufactured of stacked wooden forms. Its towering profile calls to thoughts the Chicago skyline, with its several iconic skyscrapers.

The pavilion “repeats the same angled style over and above, resulting in an opaque monolith,” said the organisers, including that the framework is meant to convey “silent and convoluted simplicity”.

The Rock was designed by Adeyemi, founder of the Amsterdam-primarily based firm NLE, in collaboration with the School of the Artwork Institute of Chicago. The pavilion consists of stepped limestone and concrete blocks that cantilever above the lake’s shoreline.

“Its daring however sensuous and delicate balance transforms Chicago’s lakefront into a magnet for social and cultural lifestyle,” stated the organisers.

The third pavilion, called Summer Vault, was developed by Paul Andersen of Independent Architecture and Paul Preissner of Paul Preissner Architects. The duo worked in collaboration with the University of Illinois, Chicago. 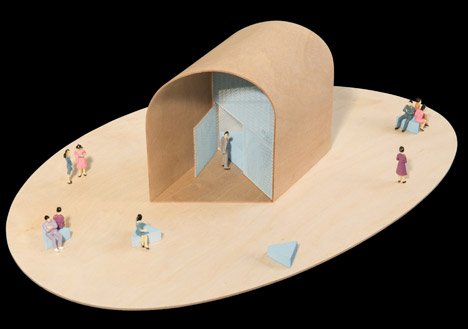 The team’s idea characteristics a 12-foot-wide (three.six metre) arched framework containing two triangular-shaped rooms. A single area has metal screens and doors, whilst the other is open to the air.

“Its openness enables 12 months-round use, remaining energetic even in its retail slumber for the duration of the Chicago winter,” the organisers stated.

The inaugural Chicago Architecture Biennial is meant to “invite the public to engage with and believe about architecture in new and unexpected ways, and to consider element in a international discussion about the future of the area”.

The 3-month-extended plan will feature exhibitions, installations and a selection of events.