Archipl-Architects has converted a 19th-century factory into the regional headquarters for a care home in Ghent, Belgium . 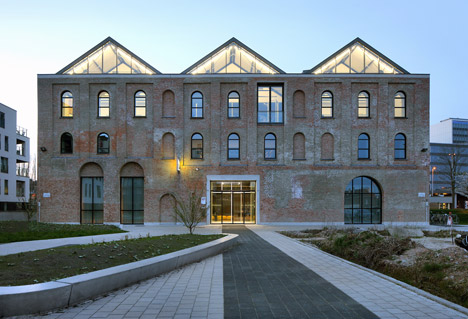 The regional studio was asked to refurbish the outdated brick warehouse to supply administrative offices for the Flemish organisation White Yellow Cross.

The creating was originally established in 1895 as a sulphuric acid factory, and was later on taken over by the washing machine company D’Hooge Laundry prior to ending up in the hands of the organisation. 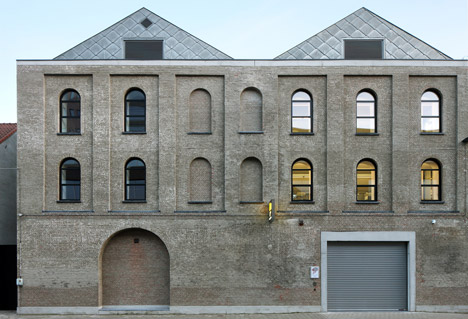 To convert the space into offices, the architects started by stripping away superfluous structures and peeling paintwork from the disused constructing, leaving a brick shell, and a skeletal network of criss-crossing steel beams and columns. 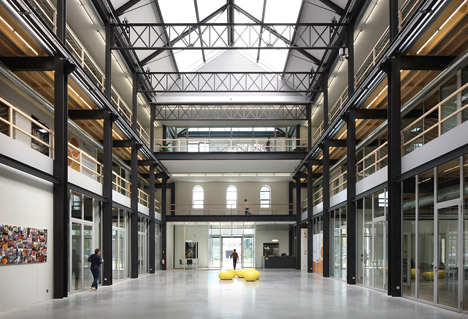 Arched openings in the facade have been restored, and three prolonged pitched roofs that divide the constructing into bays had been clad in zinc shingles.

Relevant story: Workplace with a sawtooth roof  pays homage to a Dutch mill by Gerrit Rietveld

The diamond-shaped pieces of metal develop a cross-hatched pattern that emphasises the building’s industrial look, which the architects liken in design to the factories constructed in the British city of Manchester for the duration of the very same time period. 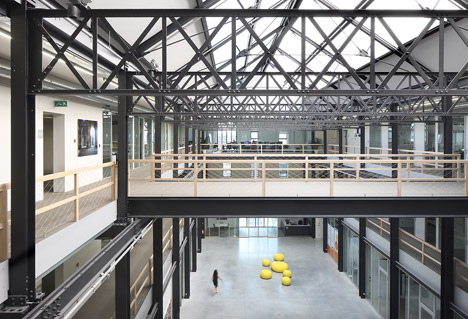 “The conversion of a late 19th century warehouse in the textile historical past of Ghent is an instance of how to form but subtly deal with abandoned industrial heritage,” stated the architects.

“The new creating programme was completed without having touching the typology of the 3-aisled building,” they extra. “The interventions are conceived as a subordinate new layer within the dominant structure of this normal Mancunian factory architecture.” 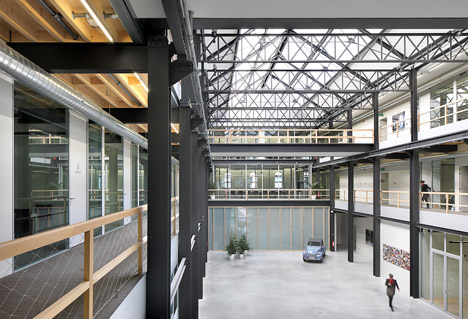 Polycarbonate skylights are set into one gable of each and every roof, illuminating a large atrium that occupies the centre of the building.

At evening the glow from artificial lighting inside produces a row of triangles along the top of one side of the constructing, highlighting the exposed steelwork inside. 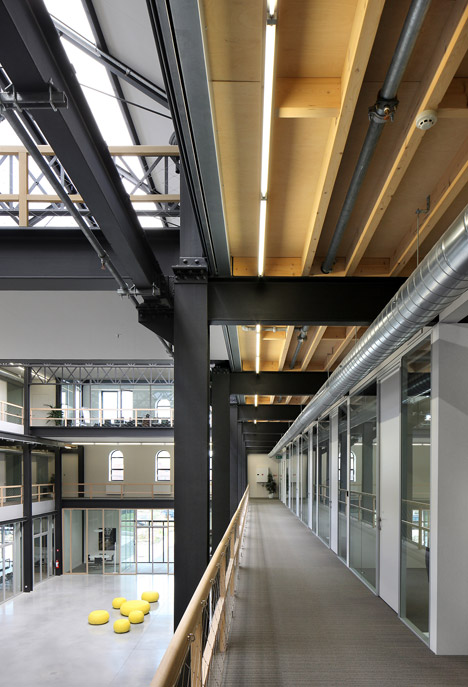 White partitions enclose offices that sit around the periphery of the atrium on three amounts. These distinguish the new parts of the creating from the exposed brickwork on the outer walls. 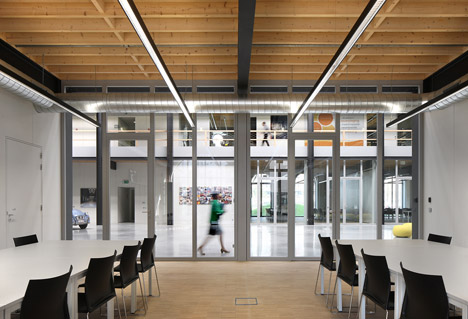 Timber and steel bridges have been extra to produce a series of walkways that hyperlink the offices on either side of the atrium. The timber building of these platforms can be seen across the ceilings of offices, although the floors are covered in grey carpeting. 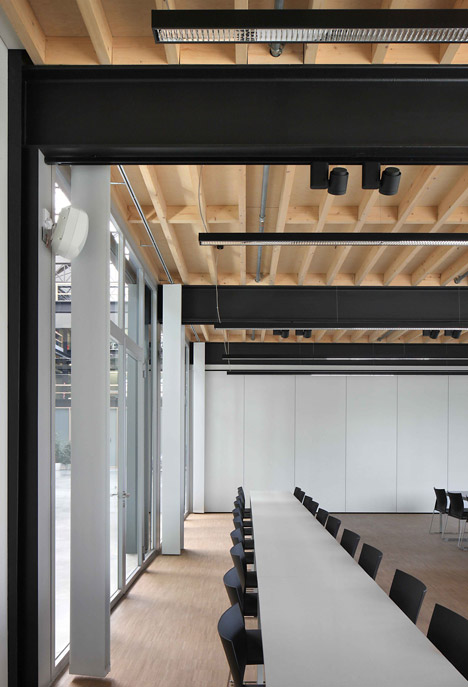 “The rhythm of the bays has been the beginning stage for the new layout whilst the authentic steel construction has been pronounced,” explained the studio. 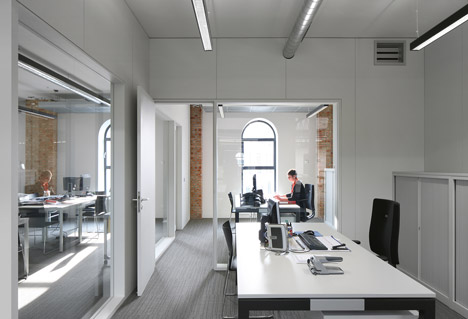 “By preserving the unfinished masonry, therefore retaining the traces of building noticeable, the historical past of this industrial heritage has been partly visualised.” 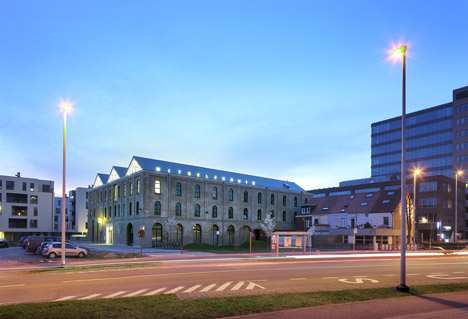 Derelict factories and warehouse spaces across Europe are becoming converted into offices, theatres and studios with an industrial aesthetic. Between them is the headquarters of a engineering firm housed in a former Rotterdam steel plant on the banks of the Maas river, although in Gothenburg Swedish company OkiDoki! Arkitekter set up workplace in an outdated corset factory.

Photography is by Filip Dujardin.