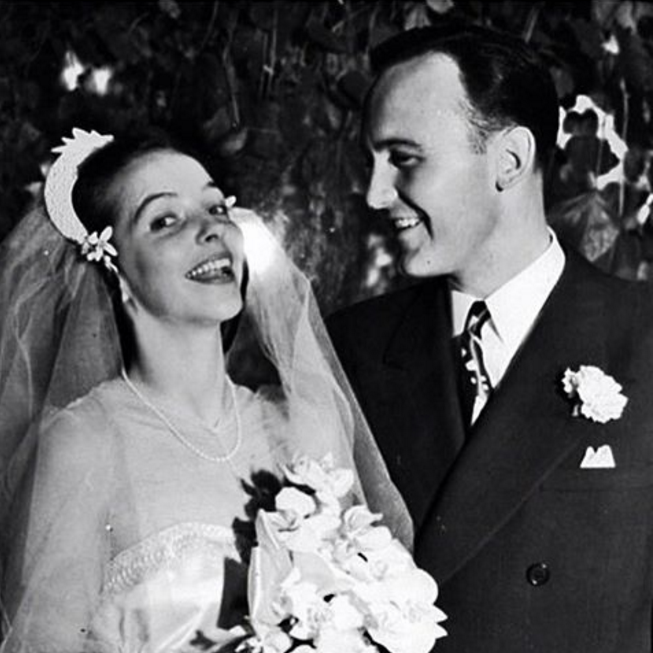 Alice and Cy on their wedding day. Image submitted by Robb Neal via Save Family Photos.

“Both Stanford graduates, they barely knew each other while they were at school. Following graduation, Cy went to study for a year at the University of Munich in 1938…an interesting time to be in Germany to say the least! While Alice was taking a two-month tour of Europe to study costume design. Mutual friends advised her to look up Cy when she was in Germany. She did and they spent what must have been an incredible week together. Ultimately, she moved on for the rest of her tour, but they agreed to meet again a few months later in Paris.

Cy had his pilot’s license and periodically went to Paris to fly and keep his flying hours up. They met in Paris and Cy took Alice up for an aerial tour of the city. And that’s where he proposed, flying over Paris in early 1939!”

We’d love to see your Vintage Bride submissions. Email us for a chance to be featured!