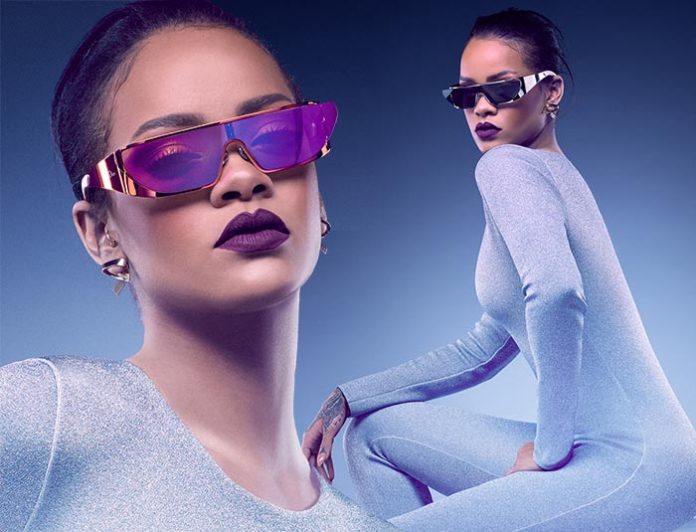 Hats off to Dior once again! The premium brand keeps up delighting the audience to bits albeit without yet any appropriate candidate to step into the shoes of the brand’s last creative director Raf Simons. Instead Dior’s creative team is drawing a bead on bringing to the table celebrity-oriented campaigns and collaborations. Rihanna has yet again united her Barbadian Bad Gal essence with the luxury brand to launch a collection of new futuristic all-around gorgeous sunglasses dubbed simply “Rihanna”. 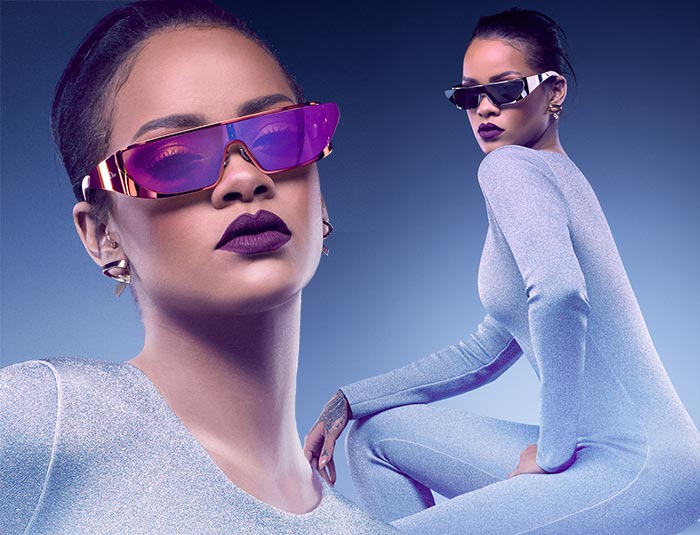 As WWD reports, Dior’s Rihanna sunglasses collection will come into season exclusively at Dior stores starting from early June and will feature only one frame design in six color variations. The silver, pink, blue, green and red versions will come with a price tag of $ 840, while the 24-karat gold-plated one will retail a little bit higher – for $ 1,950.

This kind of flat edgy frame hit upon RiRi not at this point. She has always been obsessed with that futuristic eyewear on La Forge from “Star Trek” and as she herself remarked, when she was shown all the materials she could play with, they all surprisingly came together to form that long-cherished design.

“We are very pleased to partner for the second time with Rihanna,” said Dior chief executive officer Sidney Toledano. “She is an artist, an entertainer, an entrepreneur, a philanthropist, and a style icon for today’s generation.”

Let us recall that it was last year when the Dior + Rihanna tandem kick-started with Rihanna continuing the much-buzzed-about ”Secret Garden IV” – Versailles series starring in the short film shot by Steven Klein, where she was meandering through the lofty halls of the Palace of Versailles all in darkness and shining up hill and down dale with Dior sunglasses, handbags and the clothes from the Esprit Dior collection shown in Tokyo in December 2014. 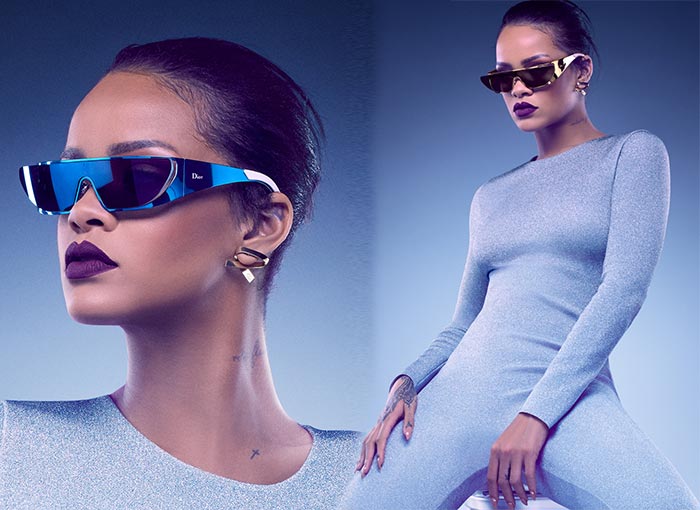 And now one year later when she has already earned herself a stable place in the fashion arena via her first ever full Fenty x Puma fall 2016 collection, the collaboration with American sock and underwear brand Stance and recently also Manolo Blahnik over a new shoe line, premium house Dior chooses the very Rihanna for their first ever design project with the brand’s ambassador.

Moreover, according to the brand’s eyewear designer Mathieu Jamin, this is their fist experience to come together with a celebrity over a new design project, which was decidedly crowned with immense success.

“She chose all the materials,” Jamin said. “We had a lot of different samples with different effect of metals. She chose all the lenses and took time to match all the colors together to see if it was right on her face. It was really important to her.”

Rihanna herself described the design process being something so easily handled. It was within a single day that the brand’s sunglass archives were checked, the flat futuristic design determined and shades and materials cherry-picked. Then it was a matter of weeks before the dark beauty could see the first prototype of her star-trek-inspired sunglasses.

Though the launch of Dior’s Rihanna sunglasses will not be accompanied by any official campaign, Jean-Baptiste Mondino captured RiRi showing off each version of the audacious sunglasses for Dior’s in-house editorial. But that’s on behalf of Dior for our bait moments; RiRi’s bait was even stronger when she shared her eyewear-centered photo on her Instagram account thus precisely teaching us how it is best to rock any of these cool pair of sunglasses through real life avenues. 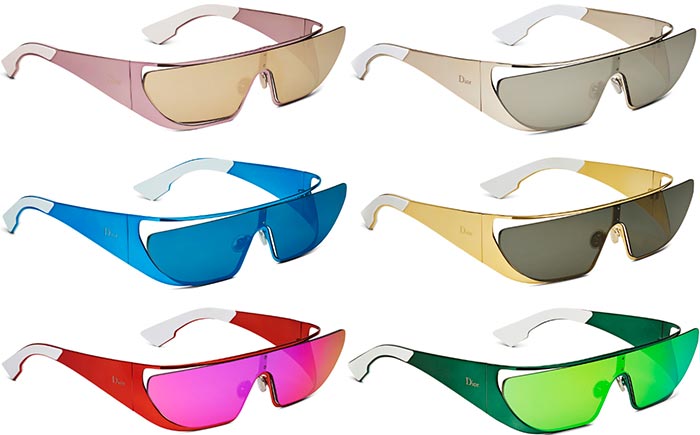