Fashion designer Olivier Rousteing is one step closer to conquering the fashion industry with his Balmain line-ups, and just by looking at the newest Balmain resort 2017 collection we may fairly state the conquering process has just begun. 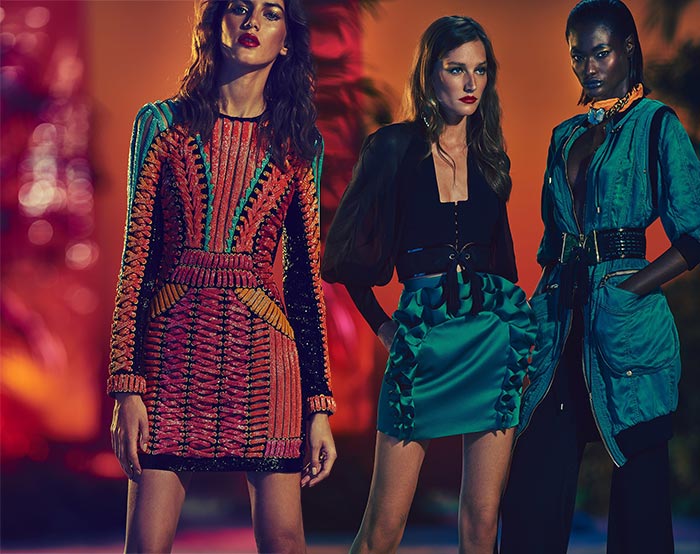 “I obviously can’t say all the details, but I can say that we are going to expand Balmain to the world. It’s something I’m really happy for and I can’t wait,” Rousteing declared while showcasing one of his most pompous, elegant and lavish holiday-ready collections ever, some of the pieces of which got unveiled at Balmain’s menswear runaway show a few days ago.

The fashion house has a new owner on board (Qatar-based Mayhoola for Investments), and the company’s investments will surely help Balmain relax and focus on the communications, marketing strategies and collections, for sure.

Trapped between glamorous Seventies and haute couture-esque Nineties vibes, this Balmain resort 2017 collection truly gives us a glimpse of what the French fashion house has grown up to under Rousteing’s supervision. Balmain is a fashion house that manages to target both its usual ultra-chic audience and the younger and fresher generation with is eclectic collections. 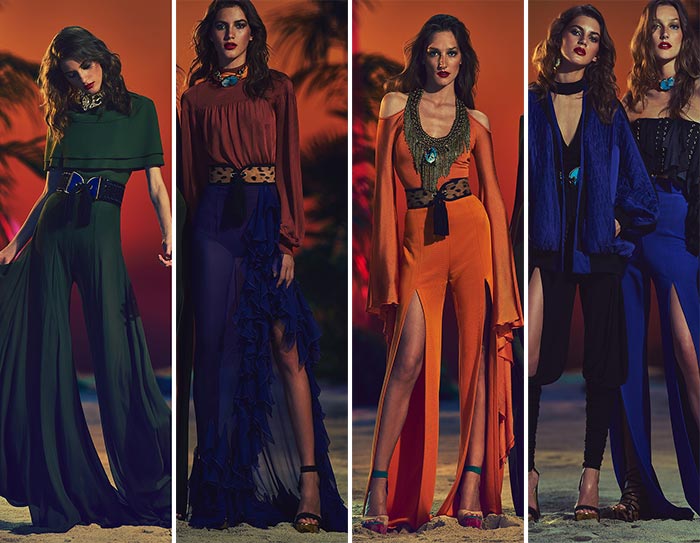 While this collection’s patterns evoke a more cheerful attitude, which draw inspiration from Balmain’s signature patterns, yet reinvented in a more millenial-approved way, its lines and cuts are inevitably meant to appeal to its longtime aficionados, who exactly know what to look for when it comes to a Balmain collection.

Color-wise, we could divide the line-up into three main themes: on the one hand it showcases rich and dark-toned solid colors, often combined to create elegant yet less bright color-blocking motifs than usual, while on the other hand multi-colored stripes come arranged either geometrically or abstractly.

The third group merges the characteristics of the first two color palettes. In this range, all of the ensembles got dipped into vivid pinks, yellows, super shimmery light blues and oranges, accentuating the figures and harmonizing the overall resort 2017 line-up with a more balanced array of shades. 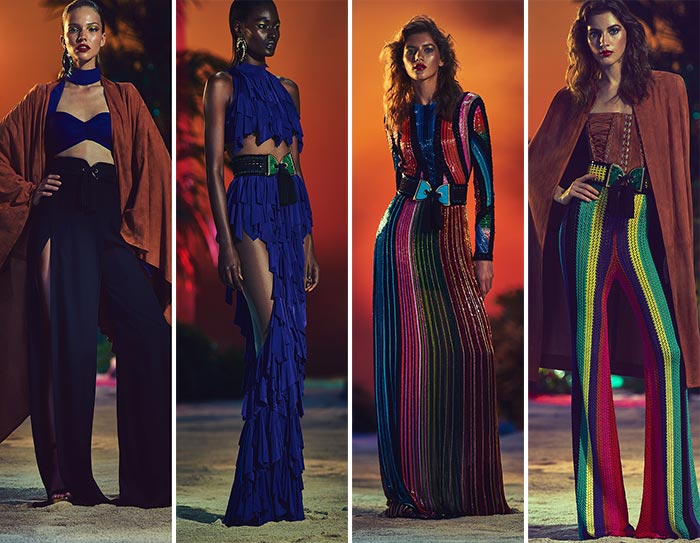 “The colors are really inspired by the sky, the feeling that there’s no limit. The way I feel with Balmain right now is that it’s a new day, there’s a new story to tell. I wanted to celebrate the new chapter we’re going to write,” Rousteing told WWD.

As for the main staples, lines and cuts, he revamped classic Balmain looks with fresher, more modern pieces, such as skimpy crop-tops, asymmetrical skirts and edgy cut-outs on the shoulders. As a result, the collection is perfectly balanced in the artisanal sense as well. The maxi cardigans skillfully balance the short tops, while the sinuous floor-length dresses get interrupted with billowy wrapped skirts and blouses. 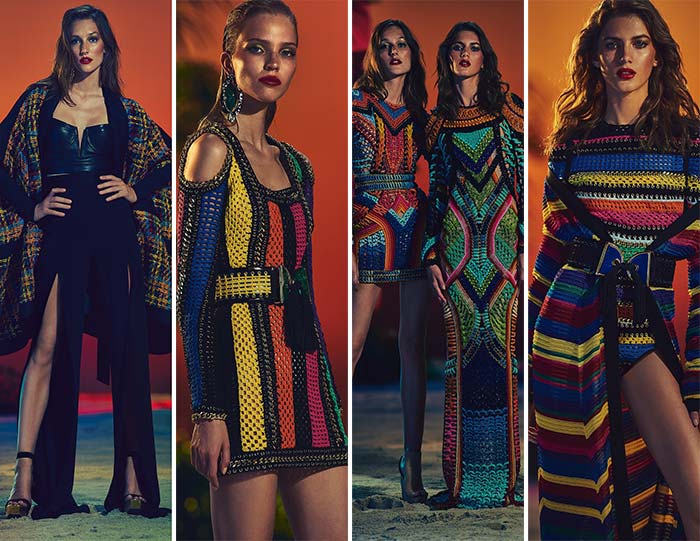 When it comes to the ‘freshest ensembles of all’, Rousteing revisited a timeless version of the safari trench coat, this time created under the influence of the varsity jacket, as well as designed denim overalls, and frilled crops with off-shoulder necklines, which are very likely to follow us all the year round, every day, starting off from this summer.

Of course, Rousteing went strong on the accessory line too, utilizing the same patterns on geometric clutches, handbags and totes as well. 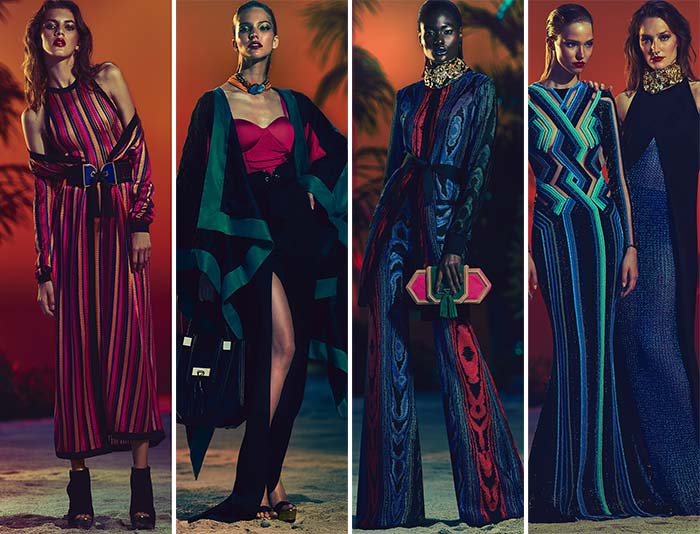 Philippe Malouin Experiments With Caesarstone To Create Collection Of Planters