Porto studio Moradavaga has built a tower covered in tin cans that can be rotated to develop pixellated messages, resembling individuals on train station departure boards . 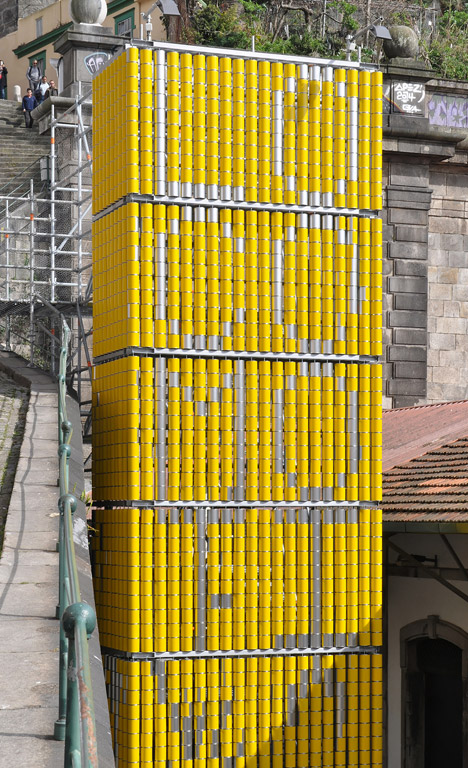 Moradavaga was invited to build an installation as component of the Locomotiva task, which aims to transform an abandoned car park beside the historic Sao Bento station into a new public room.

The brief was to bring a new function to an underused corner of the newly designated plaza.

Named Vira-lata, the resulting installation takes the form of a staircase tower, allowing it to perform as a new entry route among the plaza and an elevated street above.

But Moradavaga – whose previous projects contain a set of playground swings that produce electrical energy – wanted to create more than just a functional structure. The team’s aim was to encourage the regional local community to engage with the space. 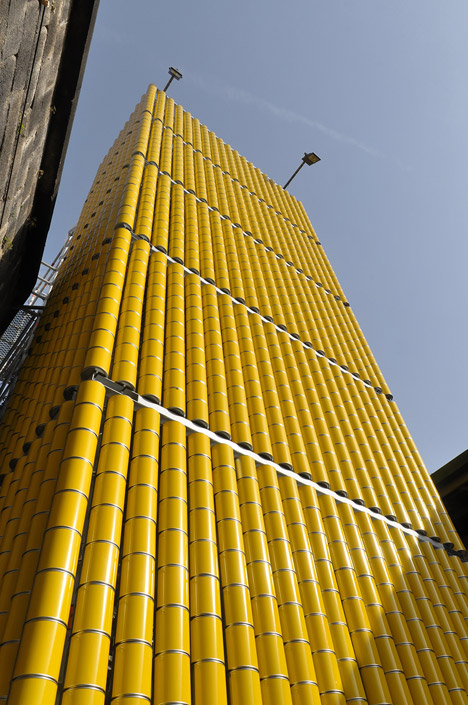 Tho attain this, they gave the construction a facade of tin cans, which are organized in vertical rows all around a framework of standard industrial scaffolding.

The metal cans are painted brilliant yellow on half of their surfaces so individuals on the staircase can rotate them to kind messages or pictures that turn out to be noticeable on the external walls. 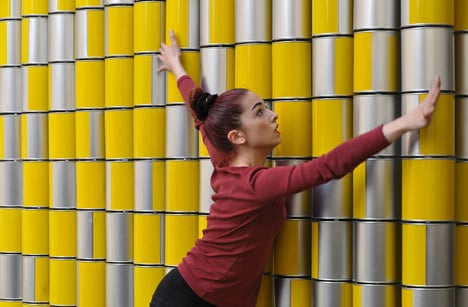 “By crossing this quite functional method of public services with the ludic frame of mind and interactive nature you can find in most of our projects, we devised this communication tower that is noticeable from afar and therefore capable of attracting people to this newly designed public area,” designer Manfred Eccli told Dezeen. 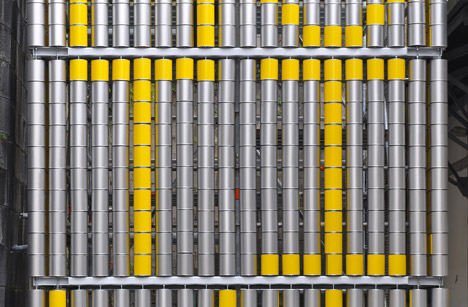 The straightforward industrial components and development of the interactive set up express its readymade, inexpensive and short-term qualities, as properly as referencing the graphic search of arrival and departure boards at the nearby station. 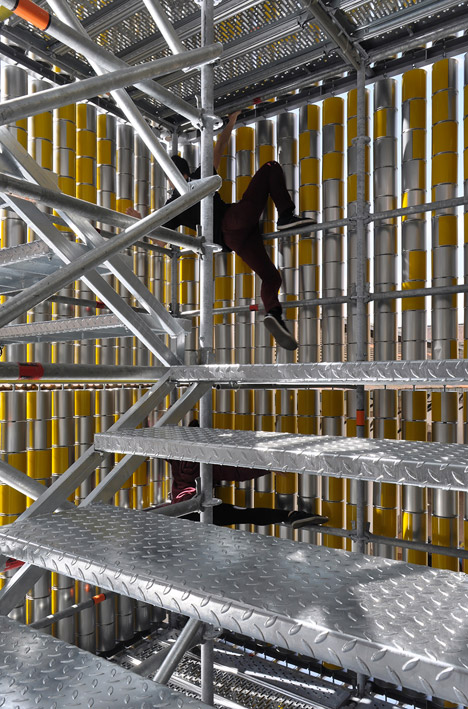 “We find it interesting to use everyday objects and re-believe their function,” explained Eccli.

“The tin cans exhibit both the organic colour of the metal from which they are manufactured and the sturdy yellow derived from the colors of the real trains and wagons that depart and arrive from Sao Bento.” 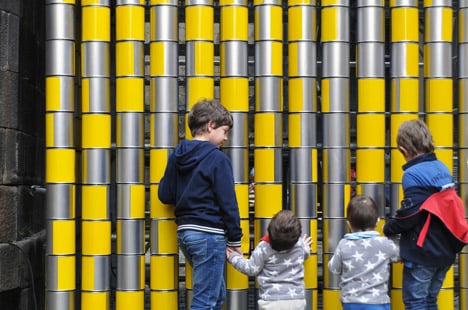 The installation will continue to be on the website till September 2015. Thanks to its easily demountable construction and recyclable aspects, the whole tower could be reinstalled in a new location or repurposed. 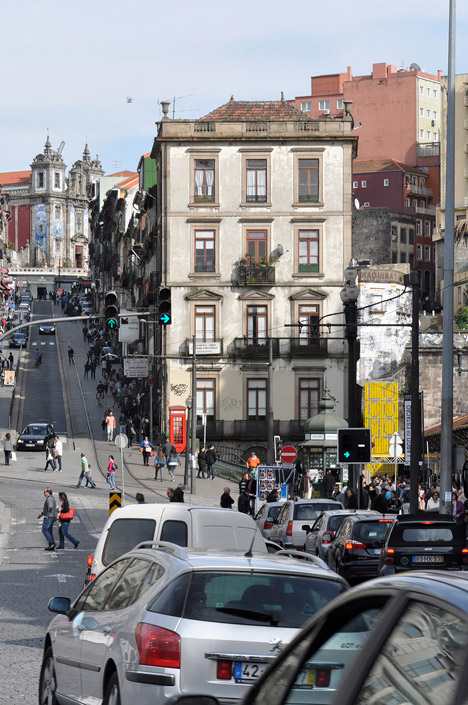 The project’s title, Vira-lata, translates into English as mutt or mongrel, but also combines the Portuguese phrases vira, which means flip, and lata, which means can.

“It describes in a really direct way the act of turning the cans although wittingly mentioning the intention to transform a by some means forgotten spot in the city into a lively new square full of new pursuits,” Eccli stated. 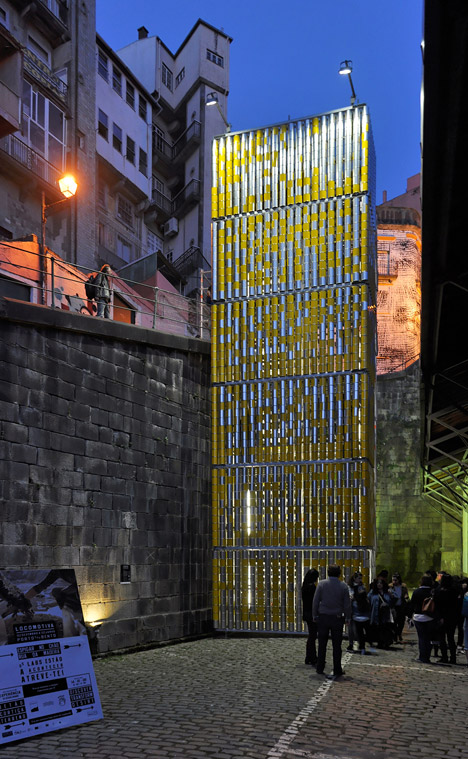 The undertaking was overseen by Porto-Lazer, a municipal organisation accountable for enjoyment, sports and leisure in the Portuguese city.

Studio Zero85’s Hilltop House And Studio For An Artist Is Covered In Ridged Terracotta...