Brightly coloured stripes based on refracted light run across the walls, ceilings and floors of an art gallery in Nuremberg, Germany, in this immersive installation by Markus Linnenbrink . 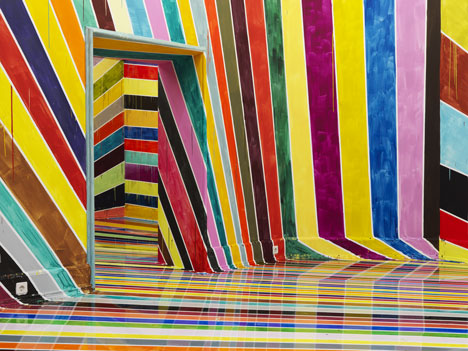 Markus Linnenbrink painted the Off the Wall! installation over a period of two weeks in an exhibition space at the Kunsthalle Nürnberg. The work spans two connecting rooms – one with an octagonal floor plan, the other with a rectangular plan. 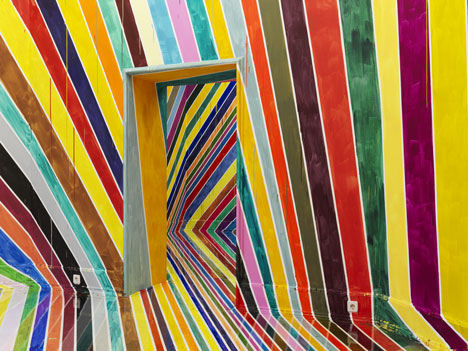 The Brooklyn-based artist is best known for creating site-specific installations that explore the impact of colour from a scientific, as well as a psychological perspective.

He cites his influences as Isaac Newton’s light refraction experiments, which saw white light split out into the individual colours that make up the spectrum, and Johann Wolfgang von Goethe’s colour theory, which considers human perception of colour. 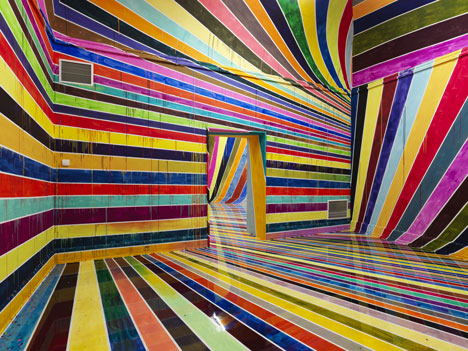 “I like to start with a totally blank canvas,” Linnenbrink told Dezeen. “This way what I do in a specific architectural setting becomes very unique for that space.” 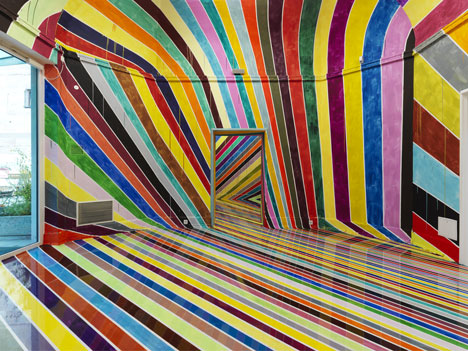 Every surface in the two adjoining rooms is striped with brightly-hued paint. The stripes spread across the door frames, picture rails and skirting-boards leaving only the plug sockets and vents unpainted.

“I wanted to create a painting throughout two rooms that would make them feel more united,” said the artist. 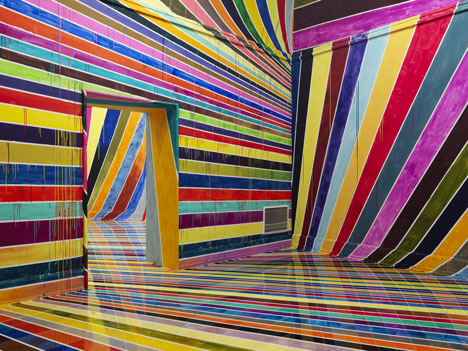 The lines stretch from one room onto the walls of the next, visually merging the two spaces. “I started with a diagonal line from the entry door through the connecting door,” said Linnenbrink. 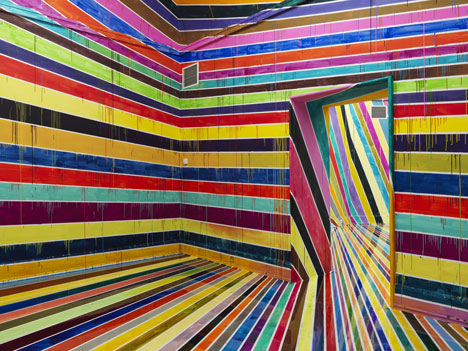 The stripes slope down around the walls and ceilings in opposing directions, separated by the white outlines left behind by masking-tape stencils. Spatters and drips are streaked across the lines, running one colour into the next. 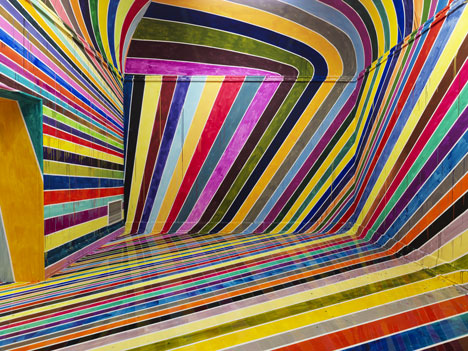 “I let the stripes behave logical in some places, and I made them create more of a dissonant perspective in others,” added the artist. 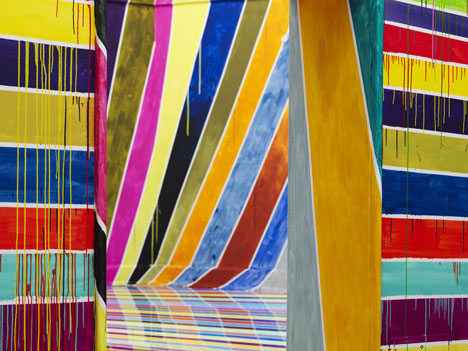 The width and direction of the lines fluctuate. Where the stripes meet the floor they change direction, creating an irregular chevron pattern. 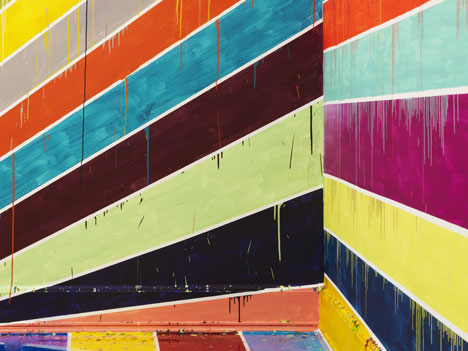 Linnenbrink applied a glossy coating of epoxy resin over the matte acrylic paintwork to protect the piece and create a reflective surface. 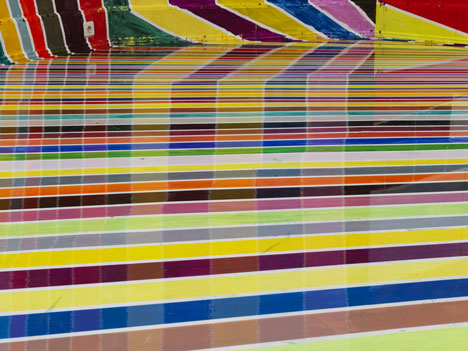 The resin reflects the stripes from the wall in a cross-hatched pattern across the floor. “The shiny resin resulted in a mirroring effect to add to the visual overload,” added the artist.

Photography is by Annette Kradisch.