News: The Rom Skatepark in east London has become the first European facility of its kind to be awarded protected status . 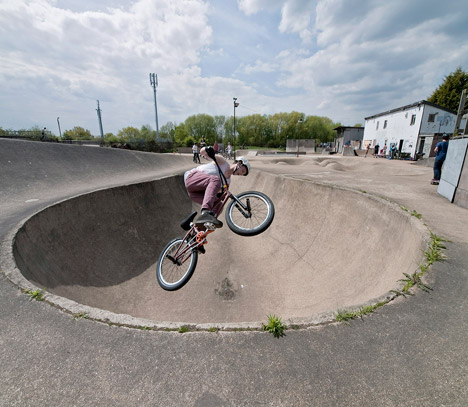 The Rom Skatepark, built in 1978 in Hornchurch, was given Grade II listed status by the Department for Culture, Media and Sport on the advice of English Heritage. The listing process recognises the park as “nationally important and of special interest”.

The Rom is just the second skatepark in the world to be acknowledged for its cultural significance, alongside Bro Bowl in Tampa, Florida, which was placed on the US National Register of Historic Places in 2013. 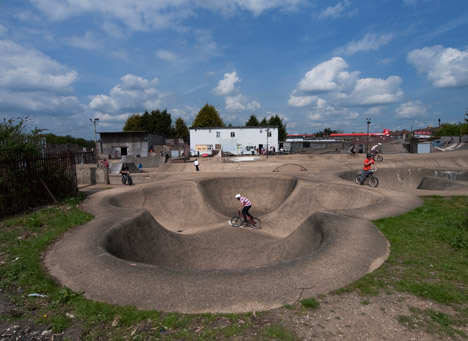 “Its listing as Grade II is testament to its design and also highlights how the UK’s unique heritage reflects all parts of our culture and history,” said the UK’s heritage minister, Ed Vaizey.

English Heritage based its decision to list the concrete skatepark on research carried out by sports historian Simon Inglis for the recent publication Played in London. 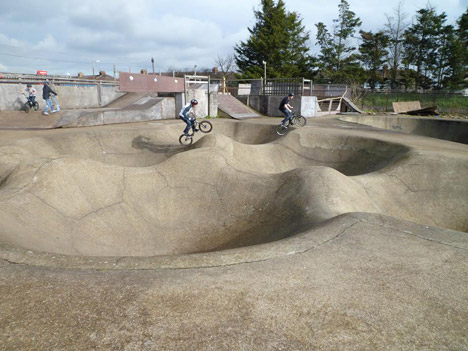 “When most of us think of sporting heritage we conjure up images of Victorian cricket pavilions, of old football shirts or of Edwardian swimming baths,” said Inglis. 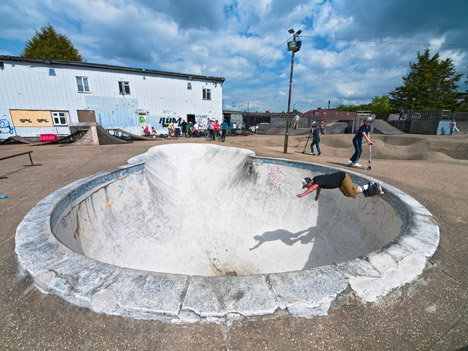 The 8,000-square-metre park was designed by Adrian Rolt and G-Force, and built by Skate Park Construction a year after the opening of Britain’s first commercial skatepark, Skate City, on London’s Southbank.

The Rom is one of only a handful of surviving parks from this period that retains its original features, which include a field of concrete moguls – bumps in the surface of the park – a half-pipe and a kidney-shaped skating pool. 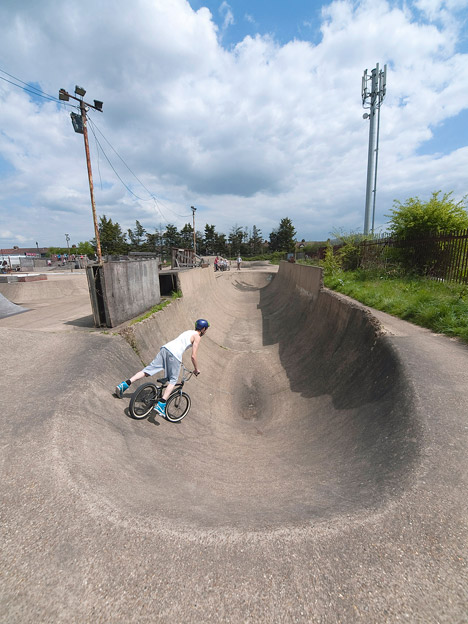 The park is made from shotcrete, a type of pressurised concrete used to form seamless mounds and hollows that don’t catch on skateboard wheels.

Its designers took cues from Californian skatepark design. In the 1960s, American skaters began to use drained swimming pools and drainage structures, and these shapes were appropriated into the first purpose-built skateparks.

The Rom Skatepark joins a number of more unusual structures listed by English Heritage including Lubetkin’s Grade I-listed Modernist penguin pool at the London Zoo and a zebra crossing in west London, made famous by The Beatles’ Abbey Road album.