Japanese firm Kengo Kuma &amp Associates has won a competition to design the Gare Saint-Denis Pleyel, one particular of three key stations that will be created to serve a new stretch of the Paris Metro.

The station by Kengo Kuma &amp Associates will be positioned in Saint-Denis, a suburb to the north of Paris, and is one particular of the principal interchanges for an extension to the metro that will develop a circuit close to the capital.

Kuma’s 45,000-square-metre station will be nine stories tall – with 5 amounts over ground and 4 below – and will also residence retailers, a multimedia library and a business centre.

“The venture is created as a exclusive chance to open up the district by connecting the two sides of the city above a enormous railway network of the Parisian North station,” said Kengo Kuma &amp Associates. “It will allow the website and the city to enhance its metropolitan scale drastically.” 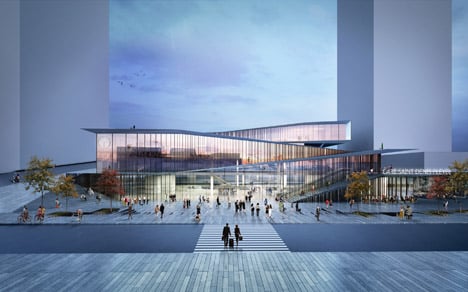 Kuma’s Gare Saint-Denis Pleyel will comprise wedge-shaped tiers constructed from glass and steel, which in accordance to the architects pay homage to the rail tracks. Overground train tracks will run across the front of the creating, whilst entry to the metro station will be at basement level.

“The station turns into an extension of the public spaces on a lot of amounts,” explained the architects. “Several levels continue in spiral, so the station functions as a complicated that brings in streets in vertical layers.”

The constructing will be surrounded by a massive pedestrianised plaza broken up by patches of planting. Sloping terraces will run all around the exterior of the three upper stories, providing accessibility to a roof garden.

“The station will be a new centre of the city, and its complementary programme will deliver about a dynamic social and cultural dimension to the district of Pleyel,” added the architects. 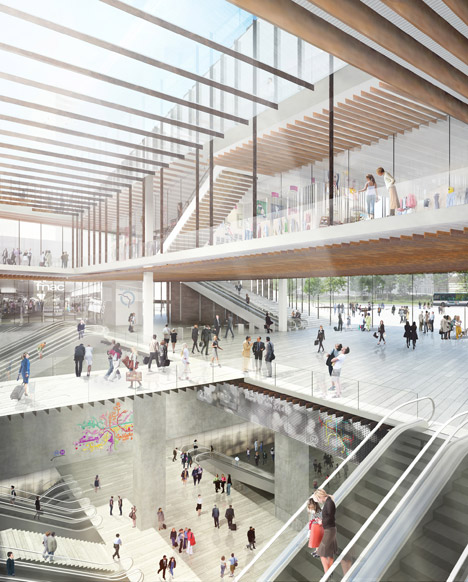 The station is element of the Grand Paris Express project, which aims to create an automated metro ring-route about the outskirts of the city. 3 branches from this route will serve establishing neighbourhoods – Saint-Denis, Clichy-Montfermeil and Le Bourget.

A total of 72 new stations will be built, but each of the branches has a principal station that has been designated as an “iconic” project, with the patterns commissioned through global competitions.

Spanish architecture firm EMBT is designing the Clichy-Montfermeil station in collaboration with French architects and engineers Bordas + Peiro, even though Brazilian-born Paris-based Elizabeth de Portzamparc will design and style the Le Bourget station.

Building dates for the task have not been released, nonetheless in 2013 €300 million (£220 million) was invested in the very first 20 miles of the Express network.

It is anticipated that 130 miles of track will be laid by 2030, connecting the new network to airports and key TGV high-pace train stations that link Paris to other areas of the nation. 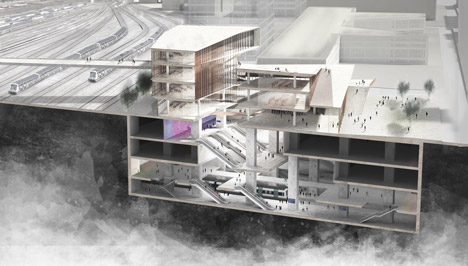