News: Herzog & de Meuron has revealed its plans to redevelop the Basel campus of Swiss pharmaceuticals company Roche, adding a 205-metre-high tower and a research centre .

Construction is already underway on the first new building for the the Roche campus – the corporate headquarters of the research-focused healthcare company. Herzog & de Meuron’s redesign will create modern and sustainable office and laboratory facilities. 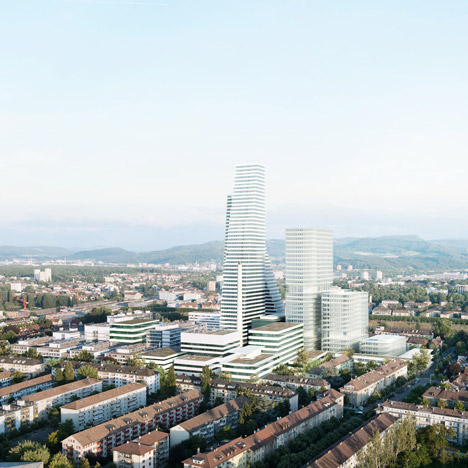 The first building, which staff will begin moving into in 2015, will comprise four blocks, ranging between 16 and 132 metres in height. It will contain 950 office and 950 laboratory workstations.

With approximately 50 storeys, a 205-metre-tall office tower will accommodate 1,700 employees and will be ready for occupation by 2021. 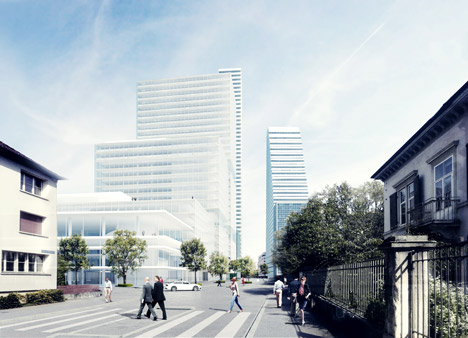 “With the Roche area development plan, we see a basic principle of our work realised, and that is densification,” said a statement from Herzog & de Meuron, whose recently completed projects include a biologically filtered bathing lake and a Brazilian gymnasium.

“This is relevant for the entirety of Basel, even for all of Switzerland, as well as for the current national discourse regarding urban sprawl,” added the Swiss firm. 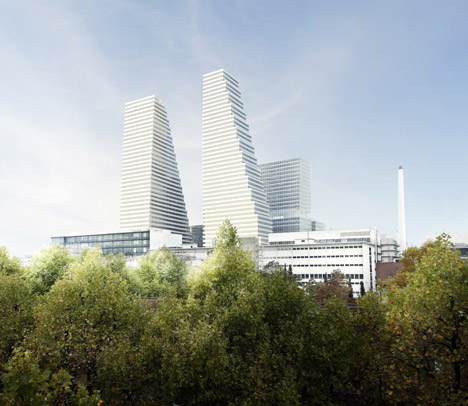 The development will also include the two-year renovation of a historic office building designed by Swiss architect Otto R Salvisber in 1937, involving the preservation of its original facade. 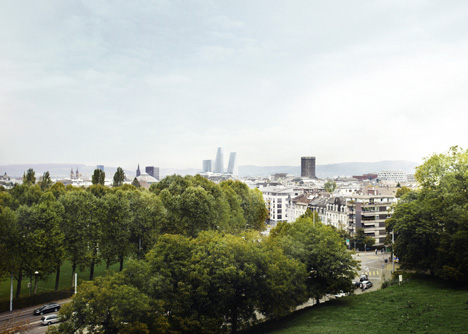 “The planned consolidation of the existing industrial site will eliminate the need to build over green zones,” said Jürg Erismann, head of Roche’s Basel and Kaiseraugst operations.

“Instead, Roche will be making more efficient use of those parts of the site that have already been developed but cannot be expanded.” 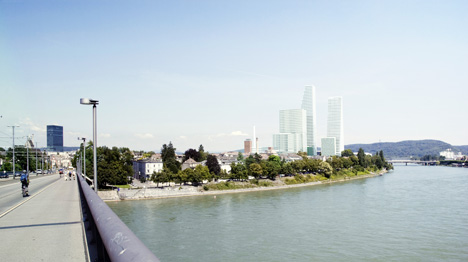 “Sustainability is a top priority for all our construction projects,” he added.

“For instance, assuming a comparable number of workplaces, the energy used in Building 1 will be only one fifth of the amount consumed in 40-year-old Building 74, which is due to be replaced as part of the site development project.”