The collar of this sweater by San Francisco studio Sensoree changes colour depending on the wearer’s excitement levels . 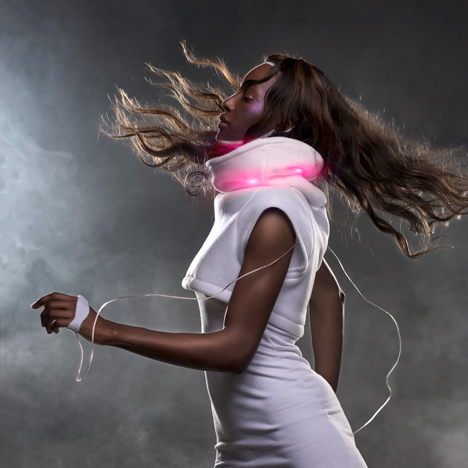 Sensoree’s GER Mood Sweater, which goes on show in the UK for the first time today, has a series of LEDs embedded in fabric around the high collar that illuminate to display the wearer’s emotional state. 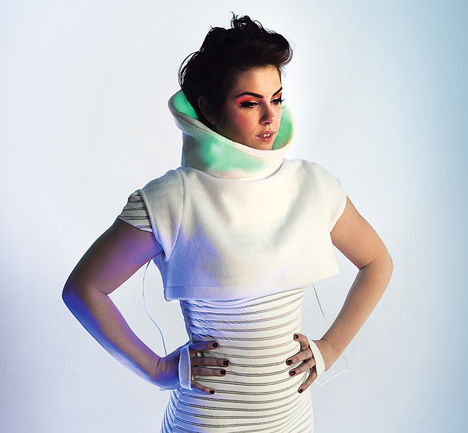 Sensors that the studio calls galvanic extimacy responders (GER) are placed on the hands to read and interpret electric currents produced by chemical action in the skin.

These are connected along translucent wires to a node inside the garment, which translates the readings into specific colours created by the lights. 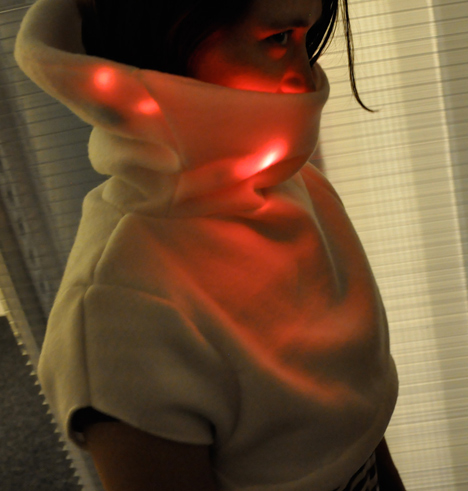 The white sweater glows red when the wearer feels nervous or in love, turns blue to show calm and can change to purple to represent excitement and yellow for contentment.

The technology presents an opportunity for individuals who are unable to communicate their mood to show others how they’re feeling. 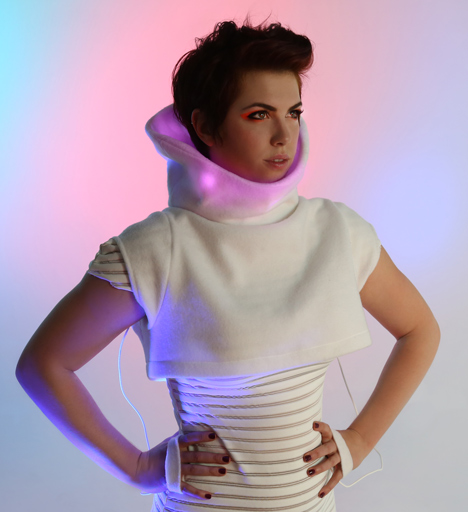 “This concept holds exciting promise for the future, as wearable clothing could be adapted for the personal healthcare arena,” said Sensoree founder Kristin Neidlinger.

“For those who struggle to communicate their emotional state – in Alzheimer’s disease for instance – a person may easily become aggressive and agitated, often without warning and for no apparent reason.” 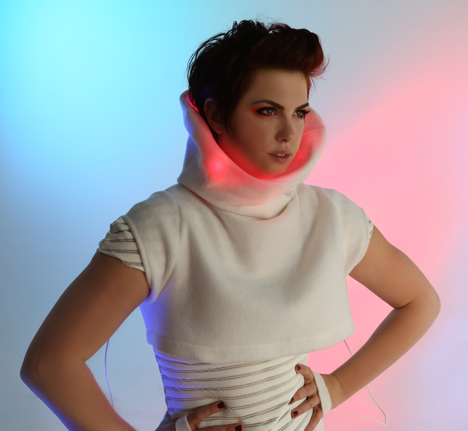 “Wearable technology, like the Mood Sweater, could be the first step in helping families and carers to better anticipate and understand the moods of people, so they can better support and care for them,” she added. 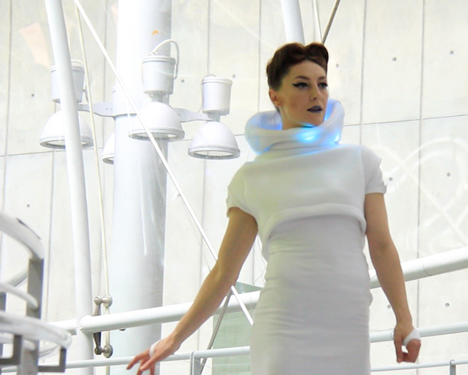 The GER Mood Sweater has been in development for over four years and was officially launched in New York last December.

A prototype of the garment will make its UK debut during the AXA PPP Health Tech & You Forum at London’s Design Museum today. 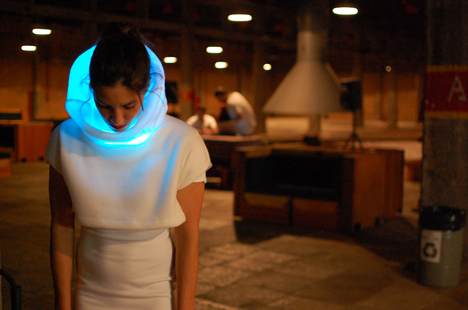 The forum will be used to discuss how wearable technology could impact and benefit the health industry in the future.

“We are delighted to showcase the GER Mood Sweater at the forward-thinking Health Tech & You Forum,” said Neidlinger. 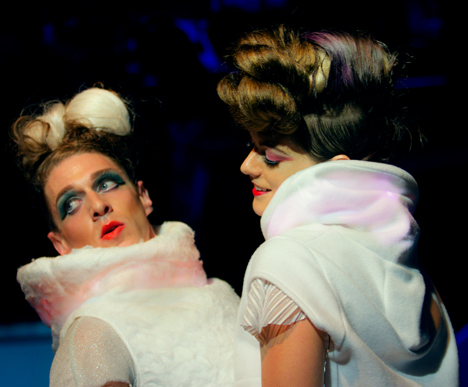 “Personal technology is positively impacting many aspects of our lives, and with the GER Mood Sweater wearable technology, we are creating sensitive technology that is intuitive, responsive and illuminates the senses.”

Health Tech & You is also launching a competition for designers to submit their own health technology projects. Award winners will be exhibited at the Design Museum in March 2015.

Mix of old and new in a charming Scandinavian house

A Luxury Villa in the Mountains of Miedzybrodzie, Poland