The Amsterdam offices of smartphone producer Fairphone were produced inside a former industrial building – and informed by the same sustainable design ideas the company makes use of for its merchandise . Fairphone aims to make its Android products from ethically sourced components, following a modular layout that makes it possible for customers to swap and substitute defunct components rather than acquire a new cellphone. Its initial model was launched in 2013, and the Fairphone 2 is set for release this autumn. The business desired this ethos to translate via to the interior for its new workspace, located in a warehouse building along Amsterdam’s northern docks that dates back to 1884. 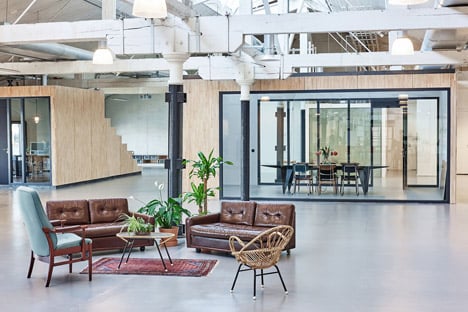 Melinda Delst Interior Design and style and Studio Modderman, the two based in the city, worked with each other to develop the head offices for Fairphone within the former industrial space.

“The short for the company’s new headquarters was an open-strategy, transparent office emphasising reused and environmentally friendly components,” mentioned Melinda Delst. “With a deadline of just two and a half months, the challenge was to translate the short with creative techniques of reusing resources, in a brief area of time with a constrained price range.” 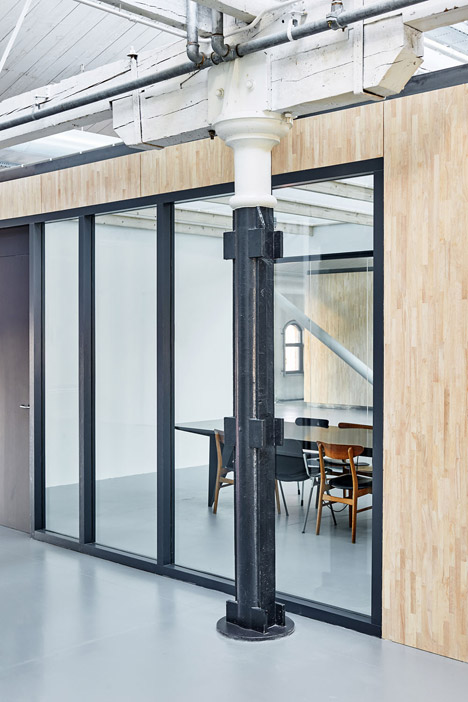 The style group retained the vast majority of the warehouse’s unique structural components, like the expansive wooden roof trusses and supporting steel columns. 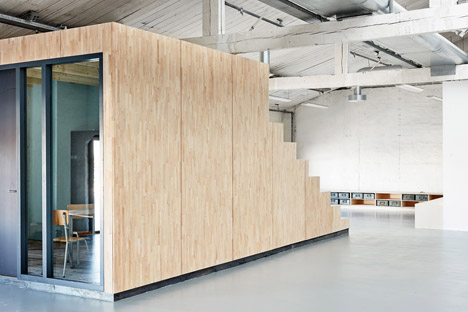 “Most of the unique structural functions of the warehouse have been left untouched,” stated Delst. “This developed a logical placement of the workspaces by the window for fantastic daylight and views of the city.”

The rectangular floorplate is dotted with wooden boxes, built to property meeting rooms and also to break up the open-plan room. 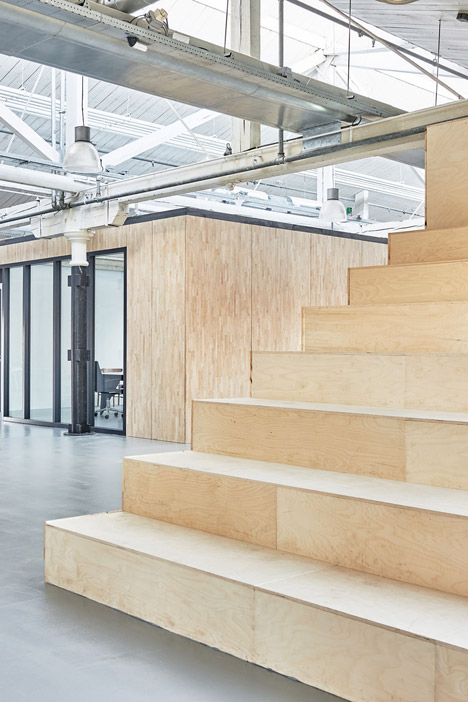 The other sides are clad with outdated floorboards created from rubberwood – a light-coloured, medium-density tropical hardwood that is harvested as a waste item of the latex industry when the rubber trees have been stripped of their natural polymers. 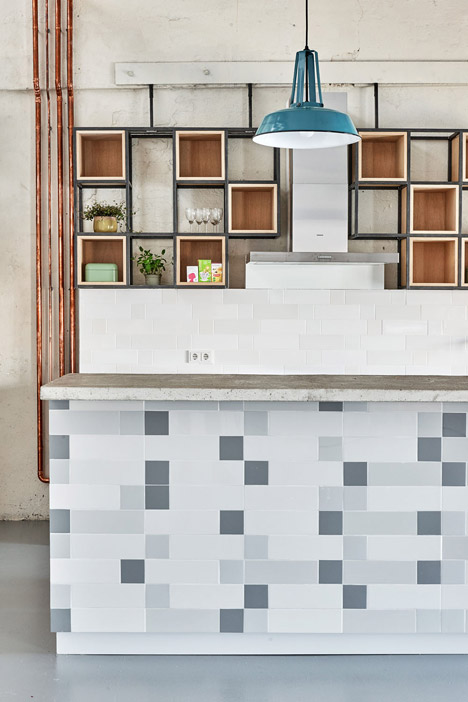 The designers also employed this wood to type a set of bleachers – stairs you can sit on – on the back of one of the pods, making an area for bigger meetings and talks. This type of informal seating is becoming more and more typical in offices, with technology firms Evernote and Eventbrite having recently launched comparable patterns. 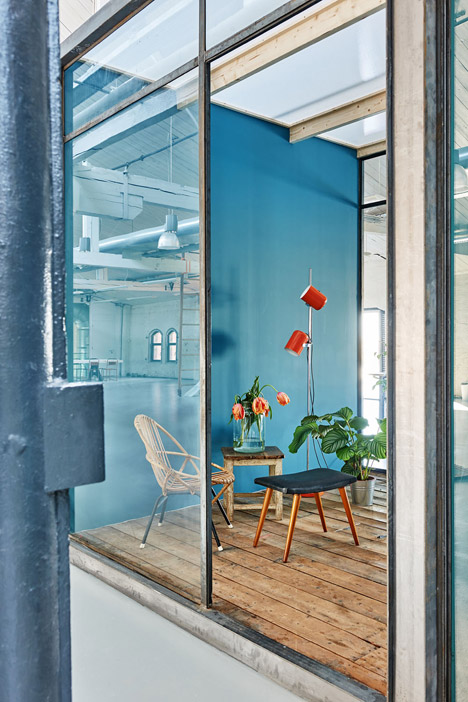 Other seating areas are produced in unused regions amongst the desks and the cube rooms, utilizing mismatched second-hand furnishings organized like small living rooms. Vintage lamp shades and hanging plants are suspended from the roof beams. 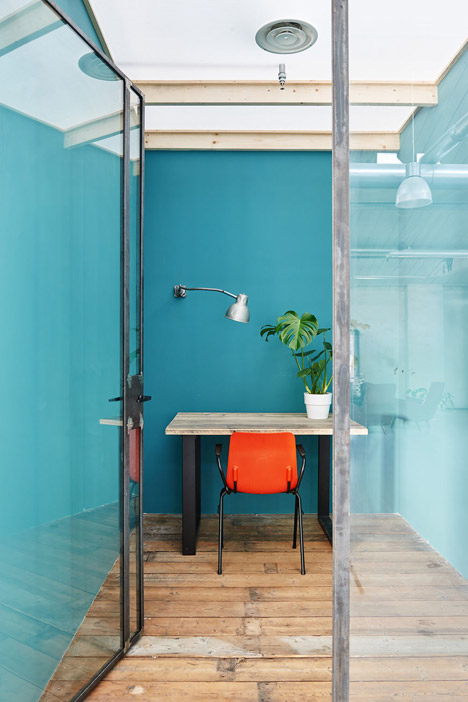 Beside the entrance, a kitchen location is positioned behind a bar clad with grey tiles. On the back wall, wooden boxes with open fronts are slotted into a metal grid to offer storage compartments.

Photography is by James Stokes.