Italian designer Marco Guazzini has created a console with drawers that slide along its length to create different configurations . 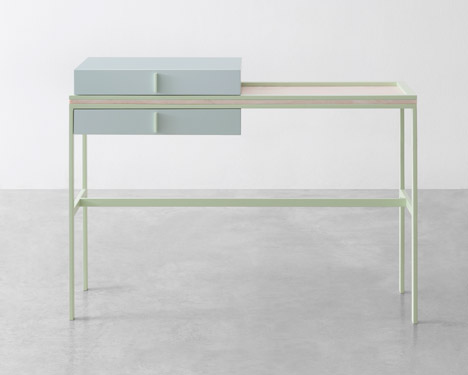 Marco Guazzini’s Flamingo desk features two drawers – one on top of the table’s surface and one below – that can each slide the length of the table.

Both drawers can be moved along to create different arrangements, including an S-shape created when one drawer is at either end, which reminded the designer of the curve of a flamingo’s neck. 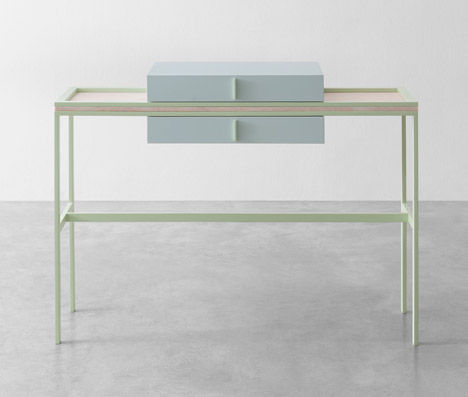 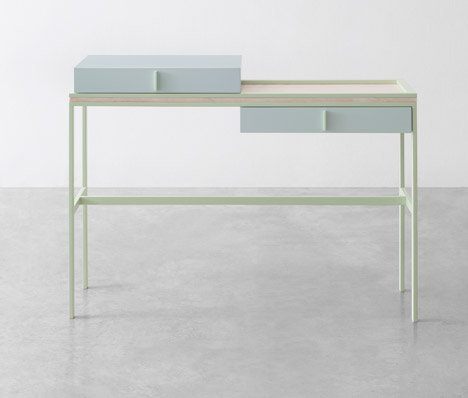 The metal bars are machined and then welded together using Tungsten Inert Gas (TIG). “I used solid bars of iron, because I wanted a clean aspect – linear and light to the eye with sharp edges,” said Guazzini.

The marble slab used for the tabletop is cut using a two-axis bridge sawing machine and the drawers are made using traditional joinery techniques. 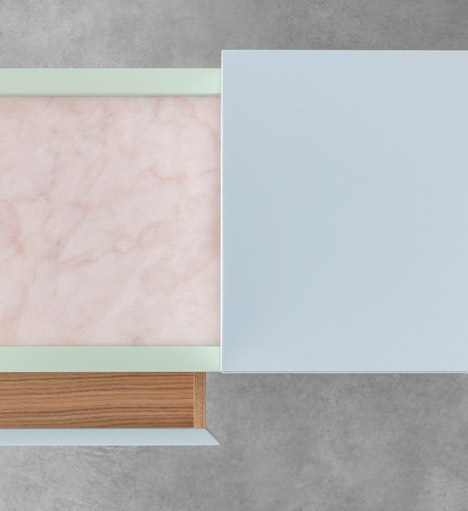 The desk’s shapes and colours were influenced by Miami’s Art Deco architecture. “People seem to really love the balance between the light pastel colours and geometric shapes that resulted,” said Guazzini.

Flamingo console was exhibited at Ventura Hive as part of Ventura Lambrate, during Milan design week earlier this year.