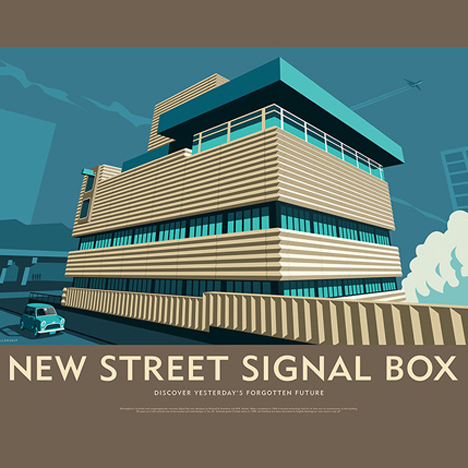 Competition: Dezeen has partnered with UK designers Dorothy to give readers the chance to win one of five prints of forgotten architectural monuments.

The Manchester-based studio has collaborated with the London Transport Museum on two new print designs that form part of the Lost Destination series, which celebrates often-overlooked buildings and iconic structures that no longer exist.

Based on 20th century travel posters, the two new prints feature British railway landmarks from the last 100 years and celebrate the grand visions of architects and engineers from two very different centuries.

The first print features Birmingham New Street Signal Box by Bicknell & Hamilton and W R Healey, which was constructed in 1964 to accommodate staff and railway equipment connected to the city’s central train station. 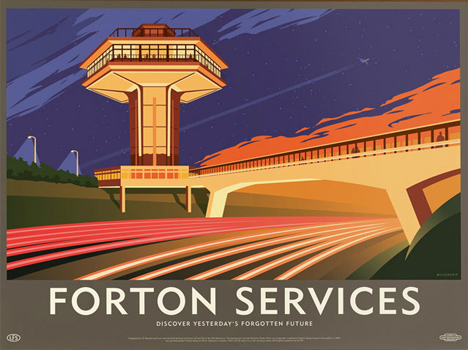 Featuring pre-cast concrete cladding, the building was awarded Grade II listed status in 1995 and still controls one of the UK’s busiest rail interchanges to this today. 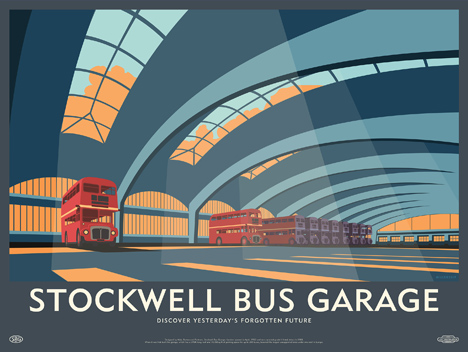 The second print is of London’s Euston Arch, built by Philip Hardwick in 1838 as the original entrance to Euston train station. Inspired by Roman architecture, the arch stood 21 metres tall until it was demolished in the 1960s. 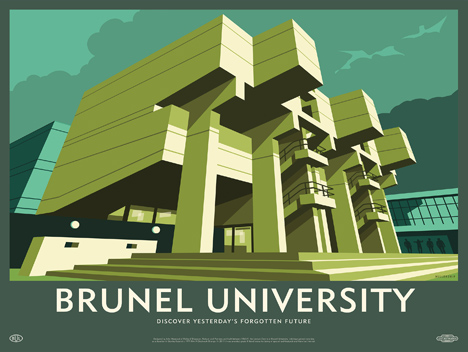 Winners will receive a print of their choice from the Lost Destination series, which includes: Preston Bus Station, Spaghetti Junction in Birmingham, Tricorn Centre in Portsmouth, Fylingdales in North Yorkshire and Forton Services in Lancashire.

The prints measure 80 by 60 centimetres and are available to purchase on Dorothy’s website.

Competition closes on 10 November 2014. Five winners will be selected at random and notified by email. The winners’ names will be published in a future edition of our Dezeen Mail newsletter and at the top of this page. Dezeen competitions are international and entries are accepted from readers in any country.

Competition: Five Copies Of London Design Guide To Be Won

Bright, White and Modern Home on the Mediterranean