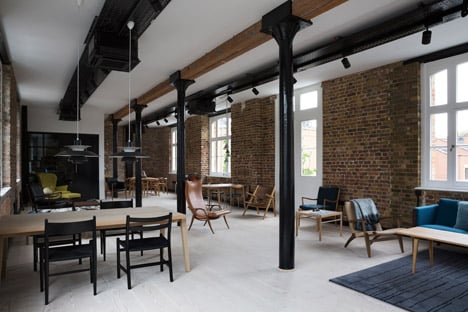 Carl Hansen &amp Son joins a amount of global furnishings companies with showrooms situated in Clerkenwell, and opened its room on Bowling Green Lane to coincide with the area’s annual design and style festival this week.

“The Uk is one of our strongest markets, with customers demanding fantastic top quality and craftsmanship in their furniture,” explained CEO Knud Erik Hansen. “Also, with some of the world’s ideal architects and interior designers functioning out of London, we felt it was time to bring the complete universe of Carl Hansen &amp Son, as effectively as Rud Rasmussen, to this design and style-led city.” 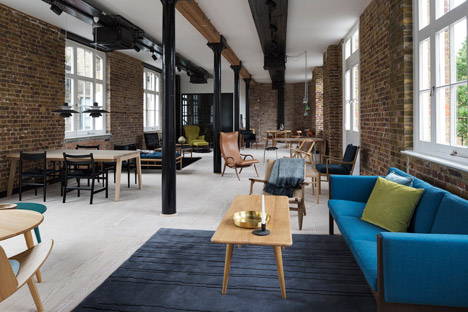 The 3-storey showroom is located in a historic creating once owned by James Johnstone, the proprietor of the Morning Herald and Evening Common newspapers.

The rooms feature massive windows on the two sides, set inside exposed brick walls. Black-painted columns run by means of the centre of the long, narrow spaces, with lighting mounted along linear frames on both side. 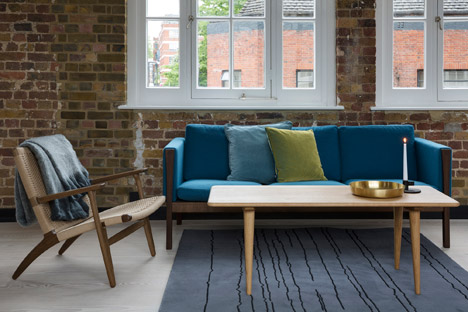 In the ground-floor gallery room, furnishings is organized as little area sets across the pale wood floor.

Pieces by Danish Modernist designer Hans J Wegner, such as his iconic Wishbone chair, are displayed alongside Ole Wanscher’s Colonial Chair and Frits Henningsen’s Heritage Chair on the first level. 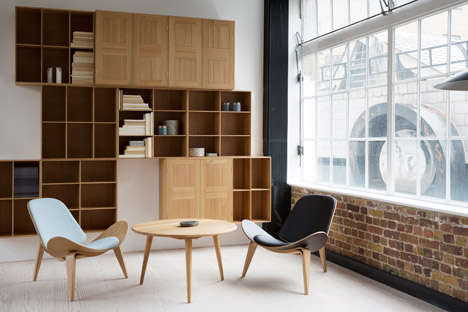 Types licensed by Danish business Rud Rasmussen, which was acquired by Carl Hansen &amp Son in December 2011, are laid out on the 2nd floor of the developing – the 1st time the collection has been proven in the Uk.

As Denmark’s oldest cabinet-producing workshop, the organization creates the Faaborg Chair by Kaare Klint, the Mogens Koch Bookcase Technique, and Poul Kjaerholm’s Professor Desk – all of which are presented here. 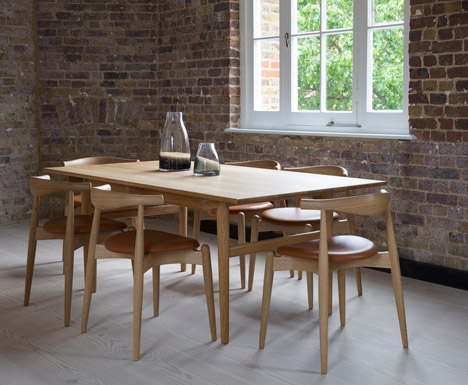 Danish Modernist design has been growing in reputation with consumers above the previous number of many years.

Companies which includes Carl Hansen and Republic of Fritz Hansen are now reproducing old goods by Wegner and Arne Jacobsen, and an exhibition of Wegner’s furniture was presented at Copenhagen’s design and style museum last yr. 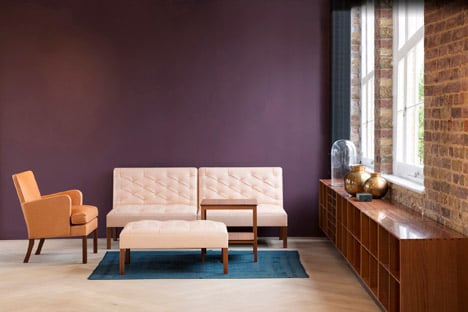 Clerkenwell Design and style Week 2015 ran from 19 to 21 May. It also featured a series of totem-like installations and a pavilion designed to seem like a colourful Murano glass sweet.