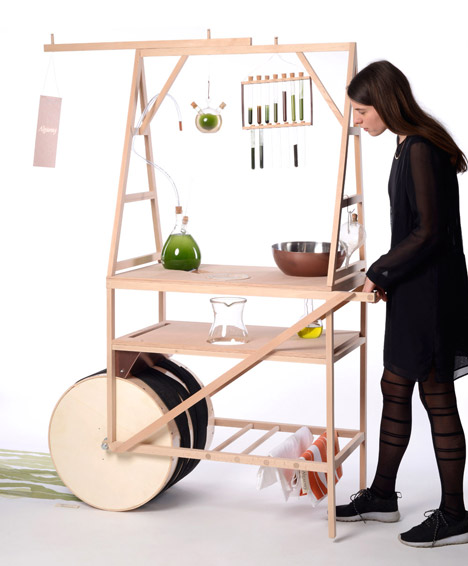 Blond and Bieber’s Algaemy project has been chosen as the winner of the Make Me! competition at Poland’s Lodz Design Festival. 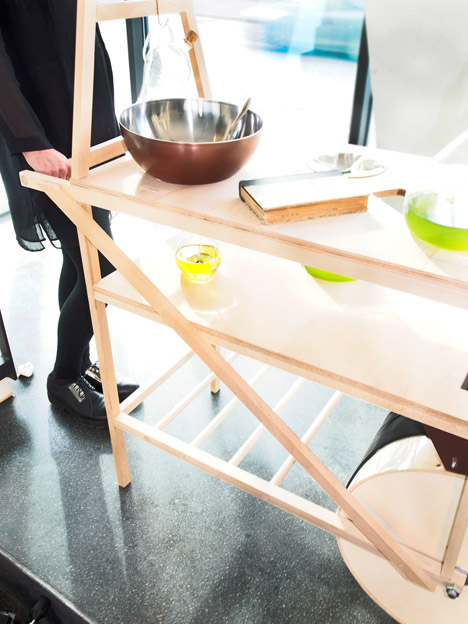 The studio’s founders Essi Johanna Glomb and Rasa Weber created an analogue textile-printer that produces its own dye using different types of algae. 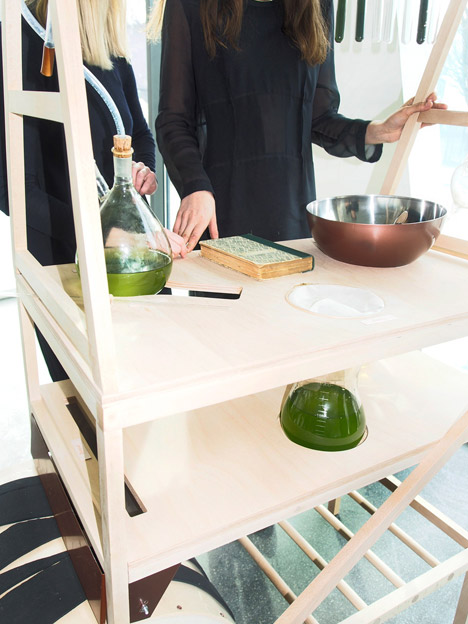 “The huge potential of microalgae has been a subject of research in natural sciences for quite some time,” said the duo. “Meanwhile the artistic and creative value of this resource is mostly undiscovered land.” 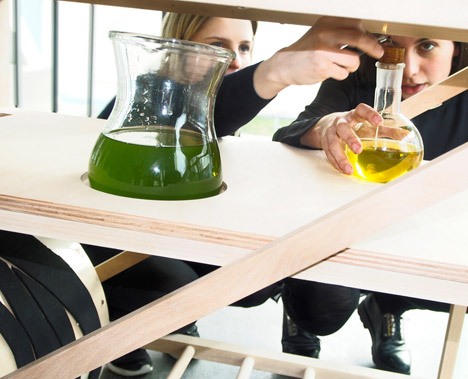 Various species of microalgae are naturally pigmented with blue, green, brown and red tones. These pigments can be extracted using heat and distillation, then turned into natural dyes. 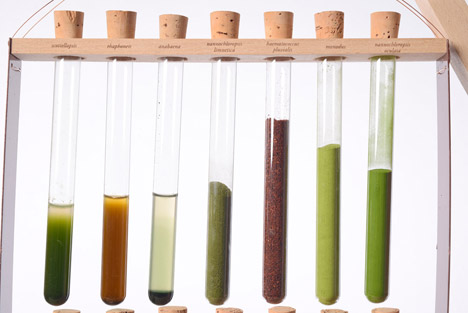 The duo built a machine from beech wood to house all the elements needed to create and print with the algae dyes. 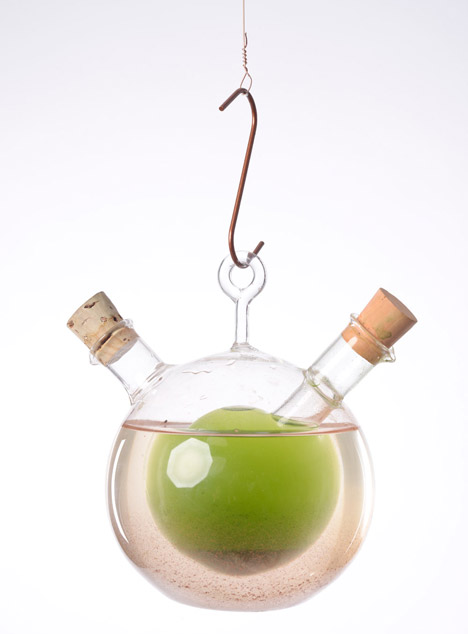 It holds the beakers in which the algae is grown, filters for the dye and test tubes for experimenting with different colours, as well as rails for hanging textiles over. 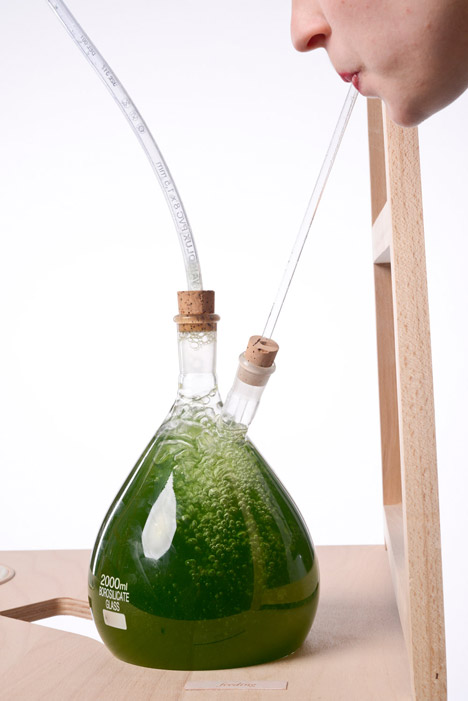 A roller on the front is wrapped in strips of rubber, which can be covered in the dye and wheeled over lengths of fabric to print continuous patterns. 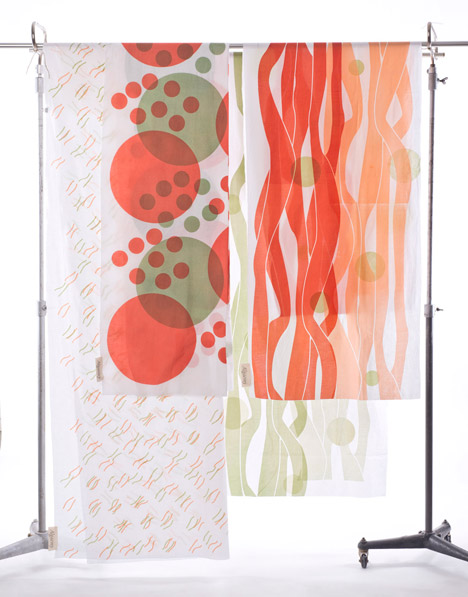 The prints are photo sensitive and change tone over time when exposed to sunlight, creating a “biodynamic colour palette”. 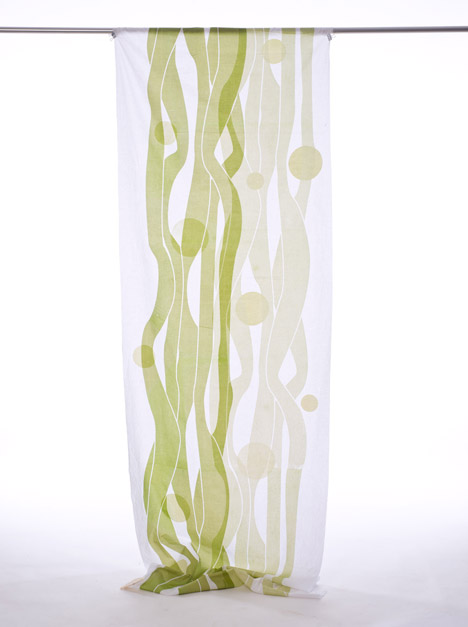 The annual Make Me! competition is open to international designers under the age of 35. Curators whittled down the entries to 21 projects, which are all on display at Lodz Design Festival until 19 October. 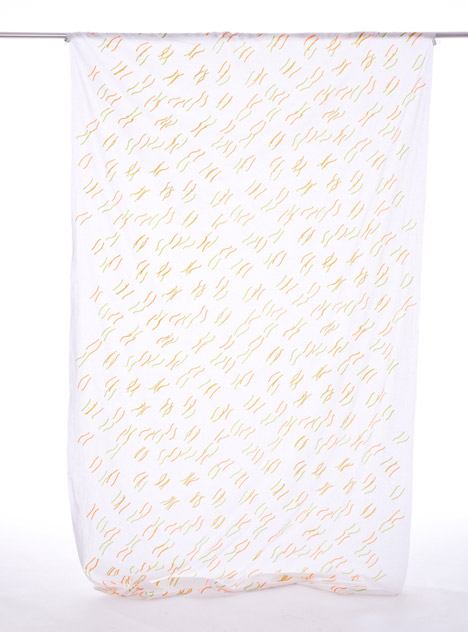 Announced as the winner last week, Blond and Bieber was awarded 20,000 Polish zloty (£3,800) by tile company Ceramika Paradyż – one of the festival’s sponsors. 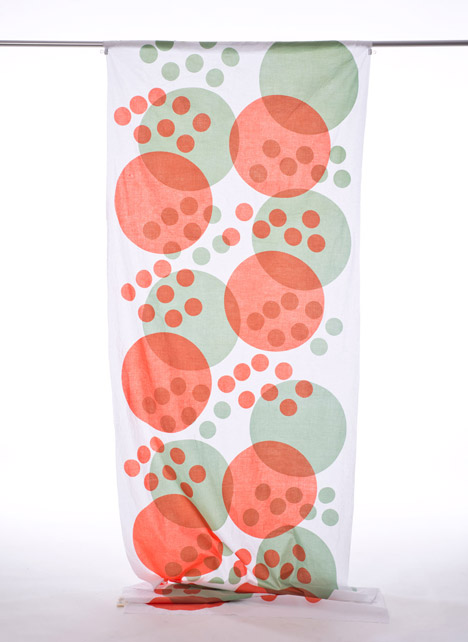 Algaemy was originally exhibited at trade fair DMY Berlin in May and will also go on show during Dutch Design Week from 18 to 26 October.

“The Biggest Challenge Architects Have Faced In A Generation”