Lengths of brightly coloured garden hose are arranged to resemble a classical fountain in a work by artist Bertrand Lavier at the moment installed in the grounds of London’s Serpentine Sackler Gallery . 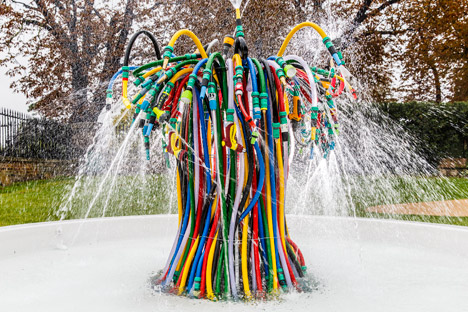 Serpentine Galleries commissioned French artist Bertrand Lavier to generate the piece, named Fountain, on a patch of grass in front of Zaha Hadid’s undulating extension to the Serpentine Sackler Gallery in Hyde Park.

Lavier, who creates assemblages made from identified and modified objects, utilised sections of vibrantly-coloured garden hoses with plastic nozzles to generate the sculpture. 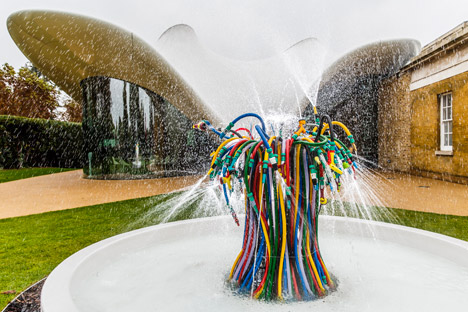 Bound together by cables, the hosepipes are held in an upright position, with their nozzled ideas arching over to mimic water trickling from the bowl of a fountain, whilst in the centre a solitary hose sprays a fine mist upwards into the air. 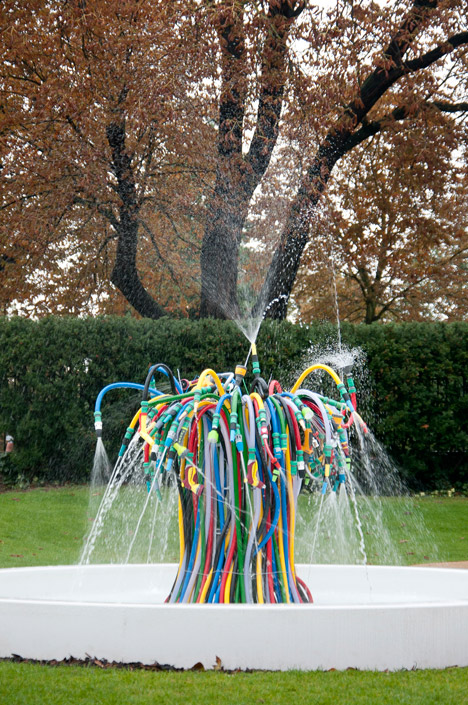 “Bertrand Lavier’s Fountain is a playful interpretation of this most standard of garden functions,” stated gallery directors Julia Peyton-Jones and Hans Ulrich Obrist.

“As an alternative of classical sculpture of a figure of organic type, the jets of water emanate from an apparently unruly mass of garden hoses.” 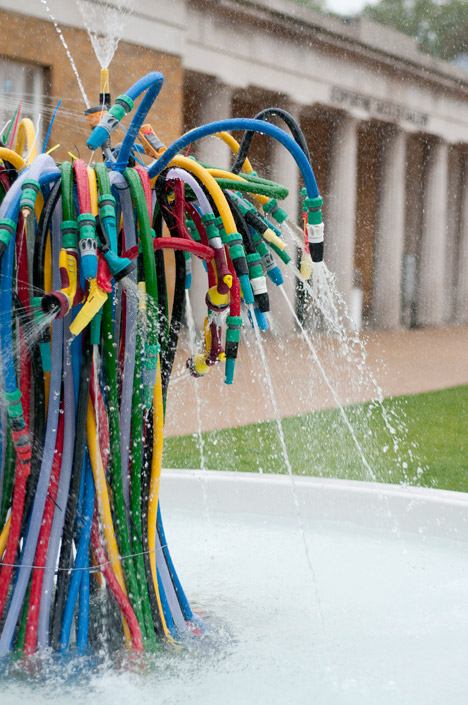 Diverse varieties of nozzle develop a variation in the pressure and dispersion of the spray into a shallow pool surrounded by a low white wall to collect the falling water.

The colours of the plastic piping contrast with the vibrant white roof of Hadid’s structure, which dips to meet the ground at one particular side. 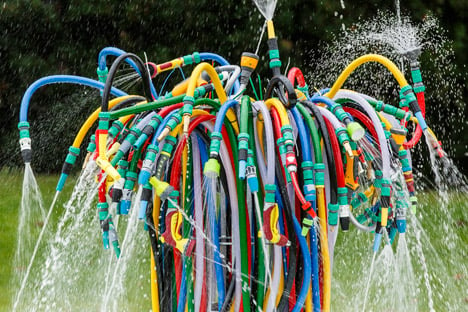 “The vibrant colours and mass-developed types of the hoses and nozzles seem in stark contrast with both the Neoclassical facade of the Serpentine Sackler Gallery and the smooth lines of the Magazine Restaurant, designed by Zaha Hadid,” said Peyton-Jones and Obrist. 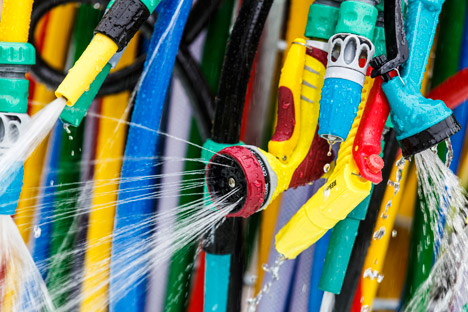 Lavier’s operate has roots in the Readymades of the French-American conceptual artist Marcel Duchamp, who once presented a graffitied urinal – also titled Fountain – for display at an exhibition by the Society of Independent Artists in 1917. 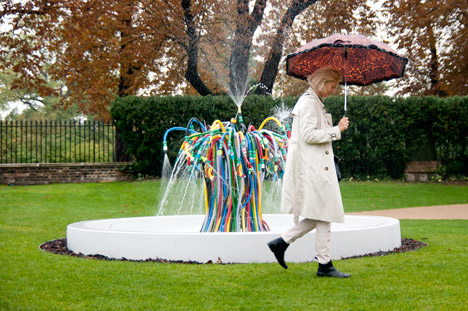 Fountain is a recreation of a pair of fountains that the artist initially installed in the grounds of Versailles in 2009. 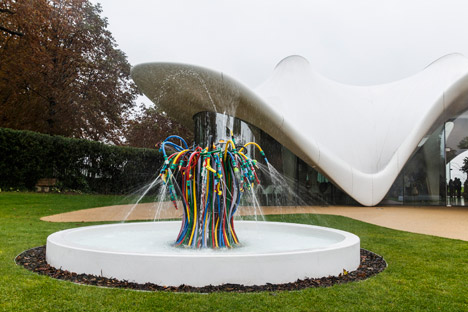 It will be on show until 4 October 2015 and is element of a series of year-extended installations commissioned by the gallery.